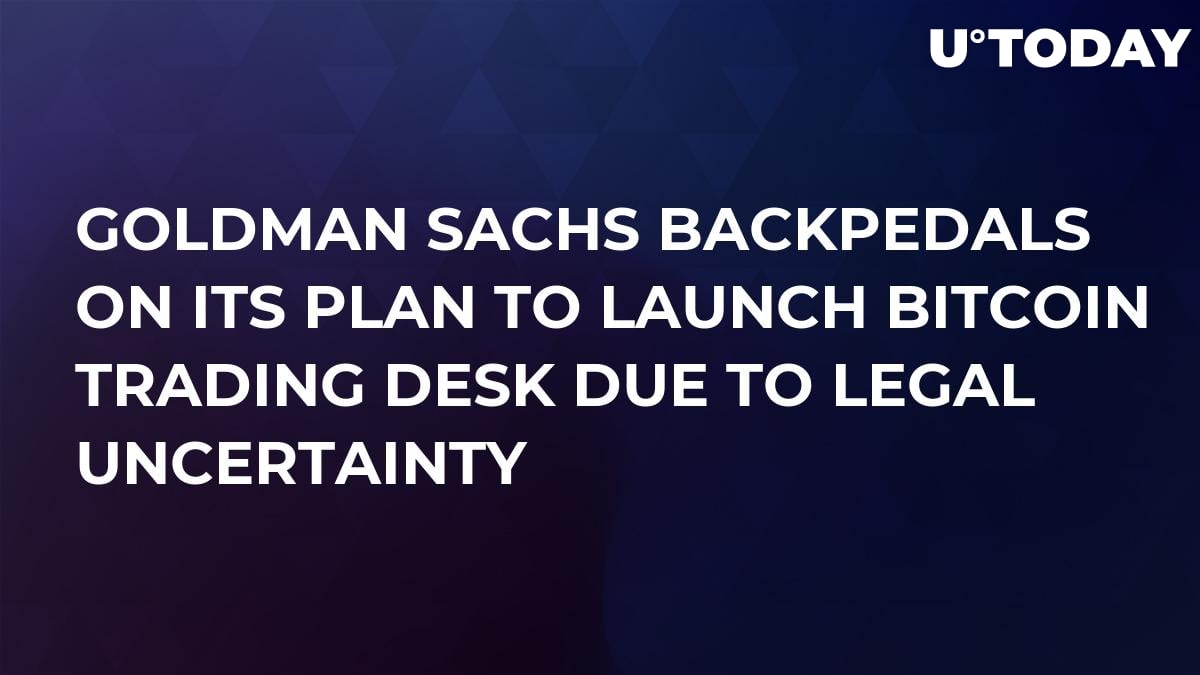 American banking behemoth Goldman Sachs is not going to open its highly-anticipated Bitcoin trading desk after hitting regulatory roadblocks, according to a Business Insider report. However, the bank doesn’t rule out the possibility of trading digital assets in the future while currently focusing on developing its crypto custodial service.

Back in May, U.Today reported about Goldman’s intentions to launch a Bitcoin trading desk. The announcement enticed many speculations in the crypto community about digital assets slowly but steadily hitting the mainstream. However, the bank has recently ditched the plan due to the fact that digital assets still remain in a legal grey zone. It may consider opening a crypto desk again if there is a clear regulatory framework for cryptocurrencies on the horizon.

The bank has been exploring the rapidly growing industry for months before coming to the conclusion that they are not ready to embrace crypto trading.

Goldman Sachs has been cautiously studying digital assets since October 2017 when a new group was reportedly formed to specifically focus on the burgeoning cryptocurrency industry. During the December crypto boom, the bank made public its intentions to open a Bitcoin trading desk by June 2018. However, the regulatory hurdles made them postpone the plan.

In May, the bank started trading Bitcoin futures on behalf of its clients. This October, the US investment giant will also welcome its newly appointed CEO David Solomon who is known for his pro-crypto stance.

On top of that, Business Insider states that the bank is currently focusing on its crypto custodial service that would safeguard digital assets. The exact date when Goldman will start acting as a custodian for cryptocurrency holders is currently unknown.