Whale Moves 21 Million XRP to Binance as Price Drops to $0.7

Yuri Molchan
According to recent data, a large amount of XRP has been transferred to Binance from another major exchange, while XRP is losing to SHIB in Australia 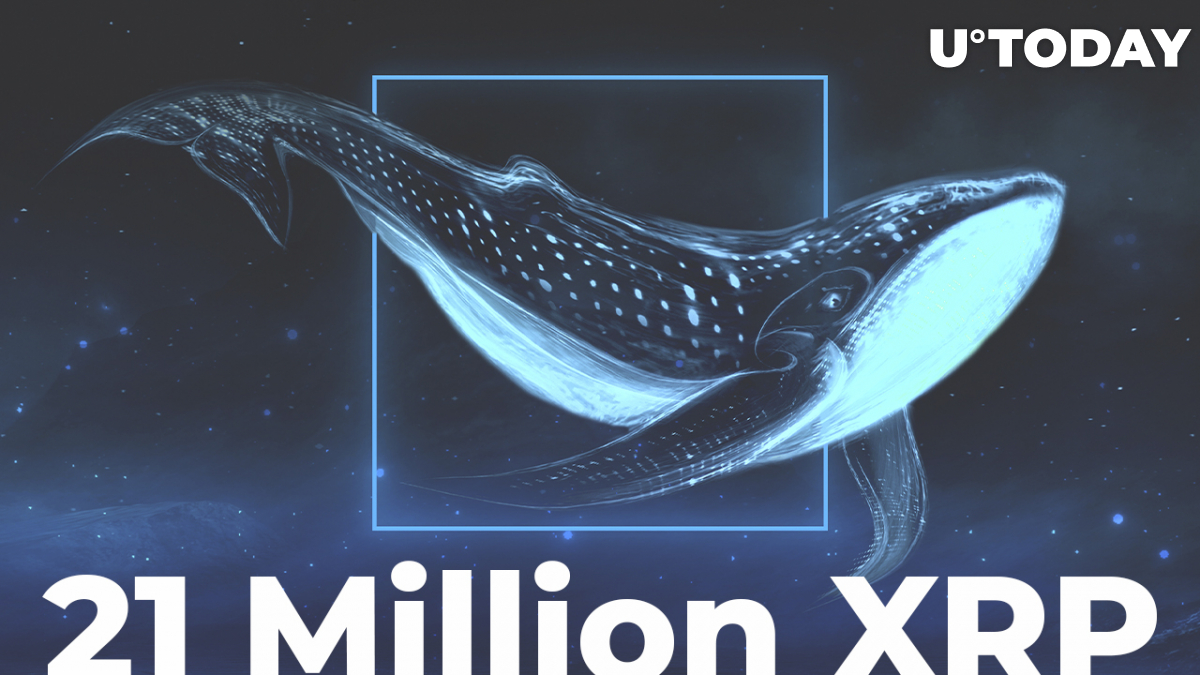 Leading crypto tracking service Whale Alert has tweeted that over the past 15 hours, over $16 million worth of XRP coins were sent from HitBTC exchange to Binance. Here are the details of this transaction.

Data shared by the aforementioned blockchain service shows that 21,001,636 XRP (which is the equivalent of $16,782,761) was transferred to an unknown wallet.

Analytics platform Bithomp clarified that this "unknown wallet" is based on Binance and the wallet on HitBTC was opened by Poloniex exchange.

A day earlier, U.Today covered that 127.3 million XRP were moved by major South Korean crypto exchanges Bithumb and Coinone. Those four gargantuan lumps sent by those platforms coincided with a sharp spike in XRP address activity. Data on that was provided by the Santiment data aggregator.

The number of active XRP addresses was huge compared to May of last year. In October, the bunch of active XRP addresses totaled 147,000. By now, this number has declined a little, amounting to 95,300. Back in May 2020, though, at the start of the pandemic, it was only around 5,000. Some major XRP community members believe that this rise in address activity is a good sign for XRP.

According to data provided by CoinMarketCap, the eighth-ranked cryptocurrency XRP began declining on Dec. 13 and lost the $0.80 level, where it had been holding for several days as December started its second week.

As of press time, the Ripple-affiliated cryptocurrency is changing hands at $0.7918, showing a loss of slightly over 5% in the past 24 hours.

According to a recent survey conducted by Saxo Markets, the second-most popular meme-coin, Shiba Inu (aka Dogecoin killer) has been more popular among Australians than XRP and Cardano's native coin, ADA.

Ahead of Shiba Inu on the survey list stand Bitcoin, Ethereum, BNB and Dogecoin. It should be noted that the survey results showed how well Aussies are aware of each of these coins. SHIB, according to the survey, it was far more recognized by millennials (7% of the Australian population) than by boomers (just 1%).