David Dinkins
Bitcoin’s volatility is notorious, making it harder for retailers to accept the currency. Wall Street’s futures markets are solving that problem. 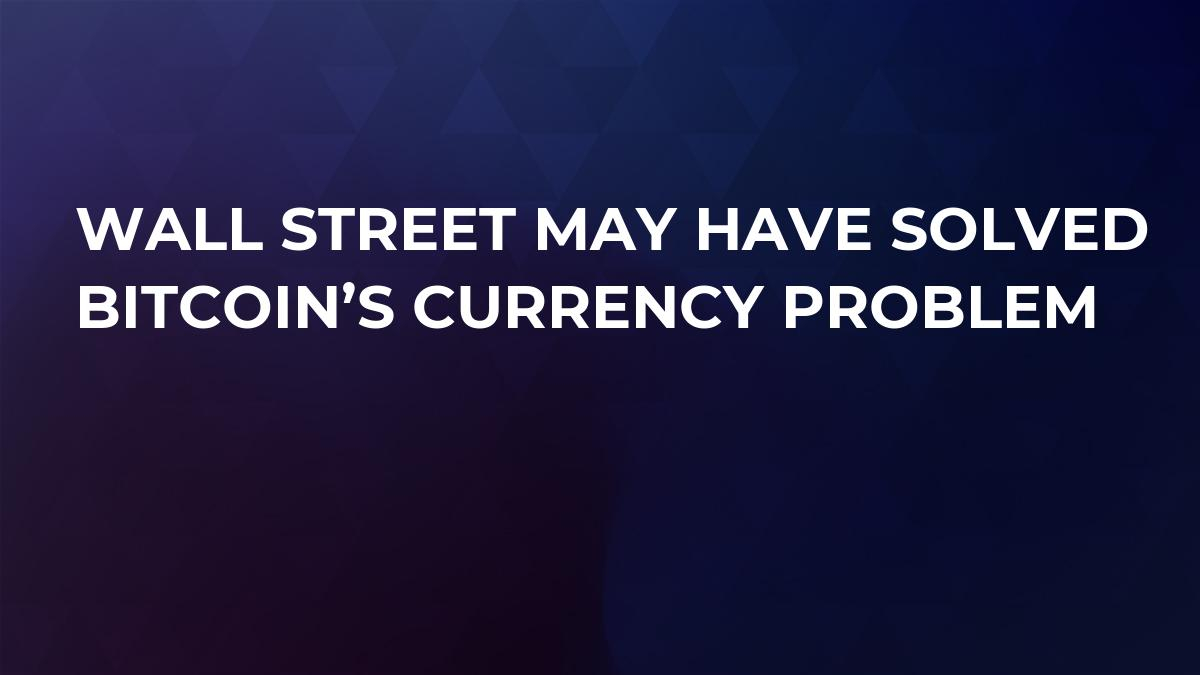 According to the Bank of England, Bitcoin isn’t a currency. Governor Mark Carney said:

“It has pretty much failed thus far on ... the traditional aspects of money. It is not a store of value because it is all over the map. Nobody uses it as a medium of exchange.”

The good news is that, even if Carney is right, things are changing. In fact, according to Fortune, we can thank Wall Street for the fact that Bitcoin may soon begin functioning much more like a currency than it ever has before.

Fortunately, last December, Wall Street gave us the answer to this vexing problem. The answer came in the form of two liquid and regulated Bitcoin futures markets, one run by the Chicago Mercantile Exchange and the other by the Chicago Board of Options Exchange. Both markets were fully approved by the Commodities Futures Trading Commission (CFTC).

The existence of these regulated futures markets will help drastically increase merchant adoption of Bitcoin because they solve the volatility problem. Let’s say a couple of savvy companies like Starbucks or Dunkin Donuts want to show their millennial customers how hip they are by accepting Bitcoin. The problem they’ve always had before was that the value of a Bitcoin can change between the time they accept it and the time they exchange it for fiat.

Right now, payment processors exist who will immediately convert a company’s Bitcoin receipts into fiat, but these companies are only a few years old and may not be trusted by big Fortune 500 companies. With regulated futures markets, a major retailer could easily short Bitcoin futures contracts every time they accept Bitcoin payments.

Let’s say Starbucks has 100 BTC in company-wide receipts in the past hour, and they want to mitigate the volatility risk. They can simply short sell Bitcoin futures in the amount of 100 BTC. If Bitcoin price goes up, they make a profit on their holdings but a loss on their short. If the price goes down, the value of their holdings drops, but their short becomes profitable.

Bitcoin futures markets aren’t a panacea for retail adoption. One of the big issues with Bitcoin still remains: fees. Even though fees have dropped significantly since their December high, they still make small transactions uneconomical. Further uptake of SegWit and the eventual release of Lightning Network are needed in order to solve that particular problem.

But when it comes to volatility, there’s no longer any reason that Bitcoin can’t serve as both a store of value and a medium of exchange- with a little help from Wall Street.