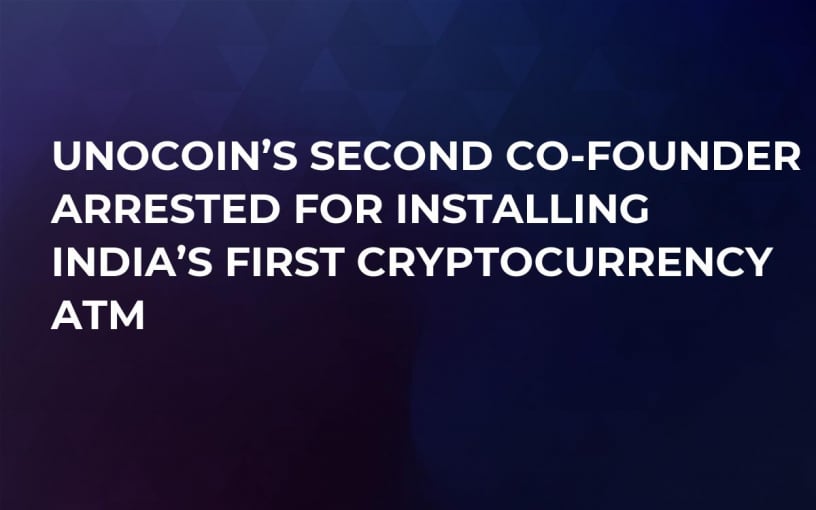 According to Deccan Herald, the Unocoin CEO Sathvik Vishwanath has been recently arrested after opening the very first cryptocurrency ATM in India. The local police claim that the ATM, which was installed in Bengaluru, operated unlawfully since Vishwanath was supposed to obtain a required permit from the state government.

On Oct. 23, U.Today initially reported about the arrest of Harish B.V., the chief financial officer of Unocoin, who is accused of illegally trading digital assets. Harish, along with his business associate, was reportedly trying to lure in gullible investors in order to make quick gains.

Earlier today, it was also revealed that the ATM had been seized by local authorities despite the company’s claims that the machine is not supposed to be affected by the RBI ban.