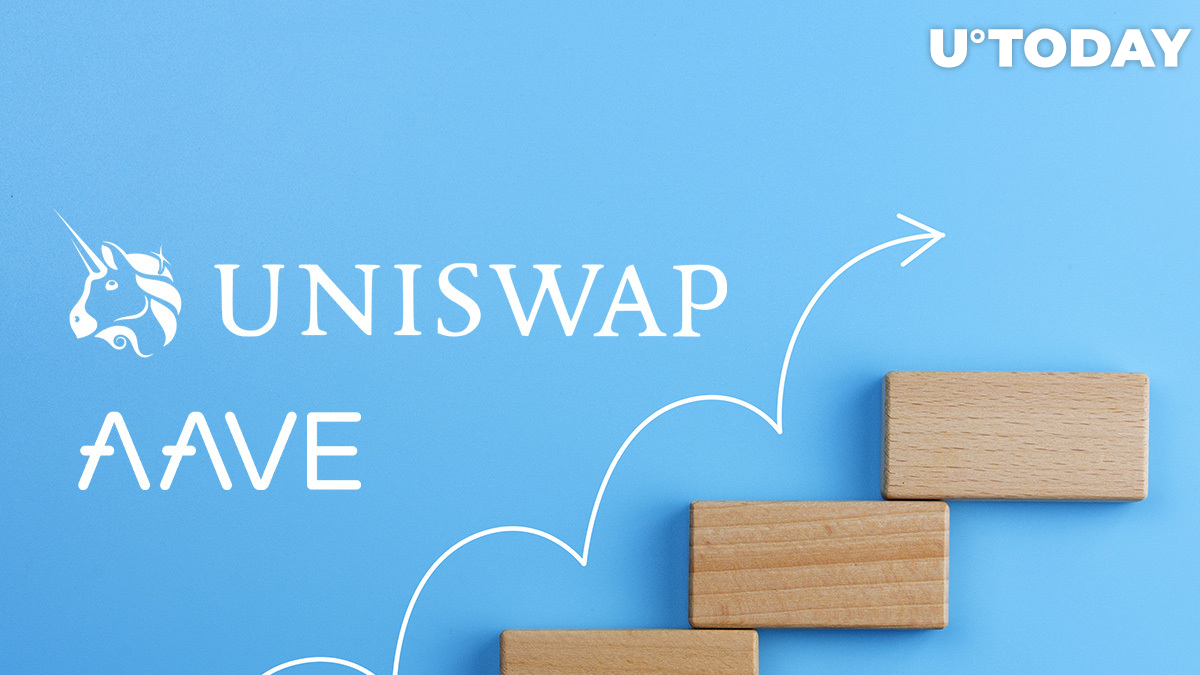 With the Bitcoin rally hitting the pause button, the decentralized finance sector finally has its moment to shine.

Aave (AAVE) and Uniswap (UNI) are moving closer to the much-coveted top 10 on crypto ranking website CoinMarketCap after adding 14.97 percent and 7.54 percent, respectively, over the past 24 hours.

The two DeFi darlings have managed to surpass EOS whose recovery has been kneecapped by the sudden departure of Dan Larimer from Block.one earlier this month. They are also ahead of such prominent cryptocurrencies as Tezos (XTZ), Monero (XMR), and Tron (TRX).

Not that UNI, the native token of automated market maker Uniswap, has surpassed $10, the tokens that were handed out during the surprise airdrop in September, would now be worth over $4,000.

The growth of the DeFi sector has been nothing short of spectacular over the past year. In late January 2020, the total value locked in various decentralized finance protocols was sitting just below $1 billion. Now, this figure is well above $25 billion, according to data provided by DeFiPulse.

Ethereum-based lending protocol MakerDAO retains its DeFi crown with $4.5 billion worth of value locked, but numerous competitors are breathing down its neck. Aave, Compound, and Uniswap have all eclipsed $3 billion.

Chainlink (LINK), the token behind the decentralized oracle middleware of the same name, is also one of the hottest cryptocurrencies at the moment.

As reported by U.Today, Chainlink reached a new all-time high for the first time since August 2020 on Jan. 15. Bitcoin’s weakness didn’t stop LINK from ripping higher, with the oracle token reaching yet another lifetime peak of $25.5 on Jan. 23 at 21:48 p.m. UTC on the Binance exchange.

One of the possible catalysts behind these explosive moves could be asset manager Grayscale adding a new trust tied to the token.