Uber Co-founder is Launching a Cryptocurrency

Patrick Thompson
The co-founder of Uber, Garrett Camp, will be launching a cryptocurrency without an ICO 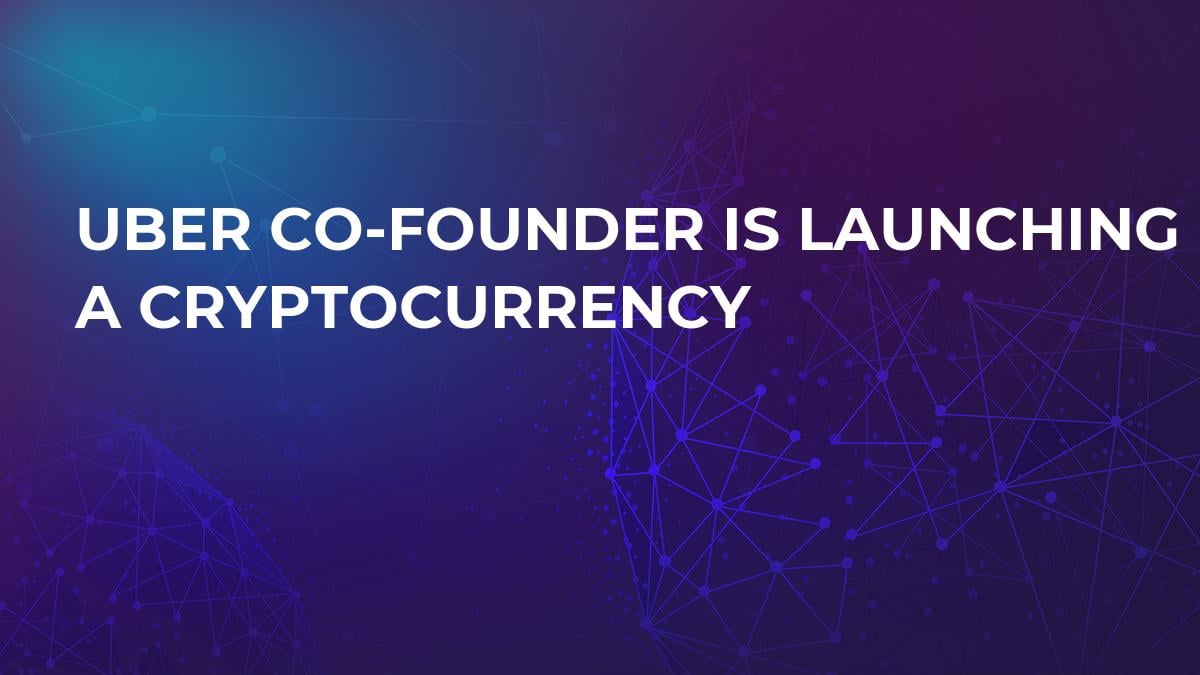 Garrett Camp – the co-founder of the peer-to-peer ridesharing service Uber – will be launching a new cryptocurrency. Camp has banded together universities, scientists, and research institutes to help create a new cryptocurrency called the “Eco”. The goal of the Eco is to act as a currency that holds true to the original doctrine of digital currencies: a nearly instantaneous means of transacting that is not limited by borders or facilitated by a third party. Camp hopes that Eco will be used as a currency in tandem with bitcoin, gold, and fiat currencies.

However, the Eco Blockchain will have a few different features than you would expect a Blockchain-based currency to have. Eco’s Blockchain will be run by verified nodes rather than an anonymous system of computers that anyone can join to support the network. A verified node system rather than a completely decentralized system of nodes is a kind of middle ground between decentralization – like the Bitcoin network – and centralization – like the Federal Reserve System. By having a system of verified nodes, Eco sacrifices a higher level of security for coordinated governance and efficiency – a system that runs on verified nodes removes the threat of a 51% attack occurring on the network.

Another difference between Eco and most Blockchain-based currencies is the incentive that the Eco network offers for mining Eco. On Eco’s Blockchain, when a verified node confirms a new block, the reward is distributed to every node and user on the Eco network. Because the system is structured like this, miners are incentivized to do as little work as possible to mine the currency. Since the mining reward is shared with every node and user on the network, there is no advantage in using powerful computers that can confirm blocks at a faster rate. Eco will be more efficient than Blockchain-based currencies that reward a single miner who confirms a block because Miners will not be incentivized to use more computing power to mine Eco coins.

Camp is looking to partner with universities and research institutions that are ranked in the 5th percentile to run the first set of nodes. Individuals who run nodes will also be known as token generators in the Eco community. Unlike most Blockchain-based tokens, the Eco will not have an ICO. To launch the Eco project, Camp is creating a non-profit organization, The Eco Foundation, that Camp and a small number of partners affiliated with Expa – the four year old startup accelerator business that Camp founded – have invested $10 mln into.

Overall, there will be 1 trillion tokens generated over the course of several years. Camp plans for five hundred billion Eco to be distributed to the first one billion users. ⅕ of the original supply will be set aside for verified nodes, 1/10 to the Eco foundation – which pays operation expenses and funds research grants, 1/10 for advisors and active contributors, and the last tenth for strategic partners.

Camp believes that the Eco test-net could be running as earlier as six months from now.