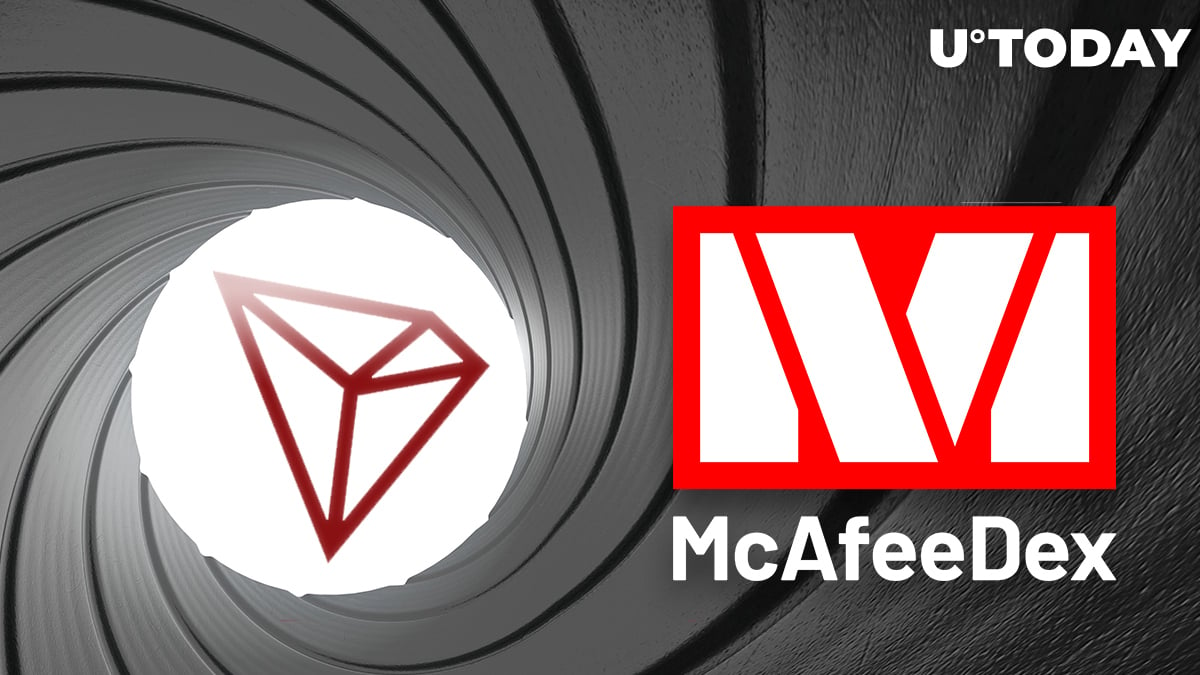 The crypto eccentric and libertarian John McAfee has finally delivered on his recent promise and now spreads the word – Tron blockchain and all Tron-based coins, along with TRX, have been integrated with McAfeeDEX. The earlier plan was to do that on November 8.

In his recent tweet, McAfee apologises for the delay that lasted a week and prevented the Tron integration earlier. The developer responsible has been ‘punished’ as per the Twitter post. McAfee claims that they are just making him write one thing on a board with a chalk – ‘I don’t ever want waterboarded again’ – 200 times in a row.

TRON IS LIVE ON https://t.co/uldZobzsGO:)

Sorry for the week delay. We have disciplined the developer responsible. We are making him write: "I don't ever want to waterboarded again" 200 times on the chalk board:)

After the recent ‘social experiment’ by the Zombie Coin team that McAfee took part in, this kind of jokes will hardly surprise anyone.

McAfee criticized by regulators for launching his DEX

In an earlier tweet, John McAfee stated that he had got criticized by the SEC and IRS (the latter has been chasing him for averting tax payments for the last 7-8 years) for kicking off his dex live.

Here the crypto baron again puts up his famous argument in the defense of crypto, when he gets rebuked for supporting it – if bad guys can use a technology, it does not mean that good guys cannot do the same.

The SEC and IRS tell me I was wrong to create an anonymous and unrestricted DEX for use by law abiding citizens because criminals may also use the exchange. That's like saying automobiles can't be built because bank robbers will use them as getaway cars.https://t.co/HdSEYi9krq

Recently, McAfee also launched a new ‘deflationary’ Ethereum-based coin on his dex. The new token is called ‘WHACKD’. This apparently stands for ‘Epstein did not kill himself’.

The $WHACKD token airdrop is tomorrow. We are air dropping 700 million tokens out of a total supply of one billion. So far we only have 8,000 signups for the airdrop, each of which will get an equal number of tokens. Last 24 hours to get in on the action. https://t.co/rYl2UKtjMR

The coin is ‘deflationary’, because “10% of every transaction gets WHACKD and 1/1000 transactions gets completely WHACKD!” as the coin’s Twitter page says.

This listing led some media outlets to believe that McAfee claims Jeffry Epstein, the US financier accused of sex abuse, did not commit suicide in the cell recently but was murdered. McAfee insists he was misunderstood.

Jesus! It's the media feeding on itself. New York Post: "John McAfee thinks Jeffrey Epstein was murdered". The London Daily Mail: "McAfee insists he wasn't murder". Within hours of each other. Expect soon: "John McAfee murdered Jeffrey Epstein and assumed his identity". pic.twitter.com/45NQ5sVIyr