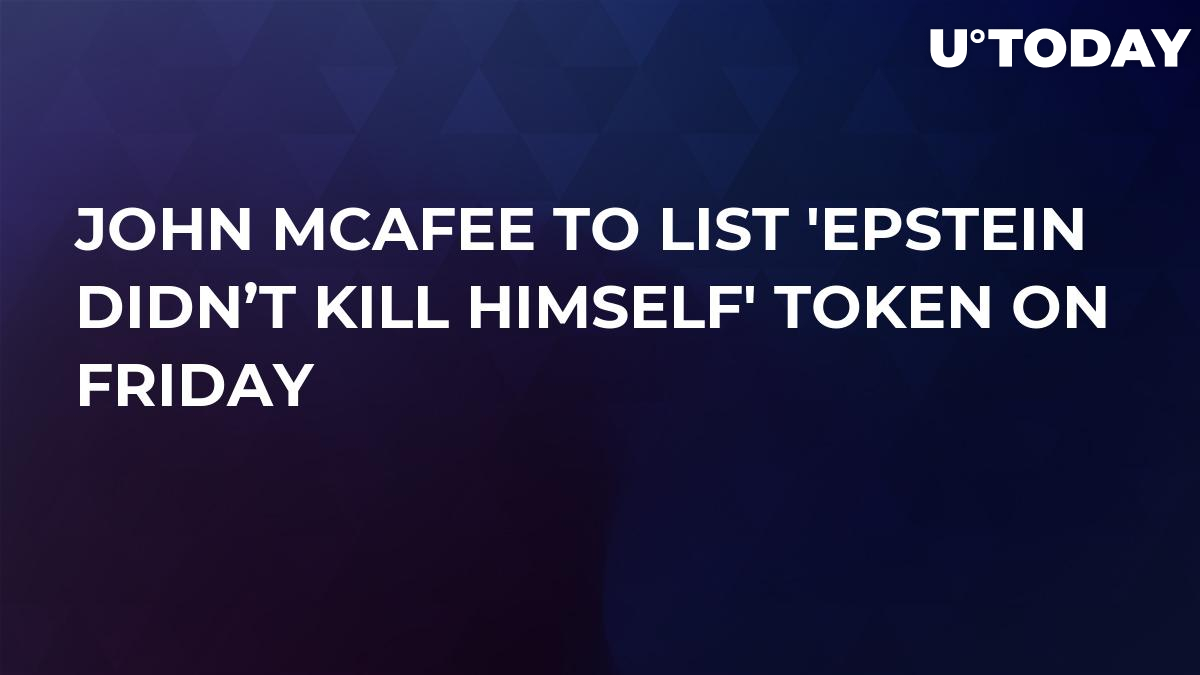 Eccentric antivirus mogul, international fugitive and crypto baron John McAfee is moving forward with the launch of his 'Epstein Didn’t Kill Himself' (WHACKD) token that can easily out-crazy his earlier projects.

In his freshly posted tweet, which features a picture of former First Lady Hillary Clinton frantically staring at a presumably hanging body, McAfee revealed that WHACKD would be listed on his own cryptocurrency exchange on Friday.

The WHACKD token is one of a kind. Apart from being distributed for free, ten percent of every WHACKD transaction will be sent to the burn address. The recipient of every 1000th transaction loses the whole thing.

The sudden suicide of Jeffrey Epstein raised many eyebrows, and McAfee is among those who believe in a popular conspiracy theory that Epstein was, in fact, murdered in his jail cell on Aug. 10.

In the meantime, a California-based brewery recently started printing “EPSTEIN DIDN’T KILL HIMSELF” on its beer cans, The New York Post reports.