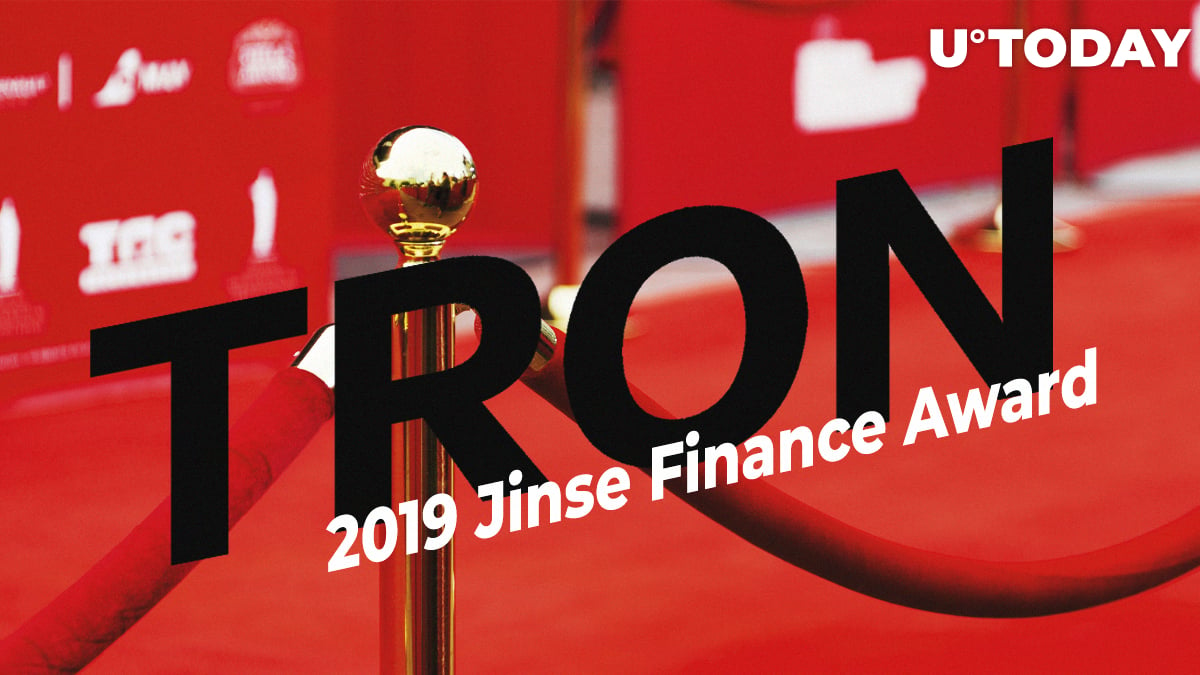 Tron Foundation and its chief executive Justin Sun have been very active expanding the Tron chain and adding numerous partners to it this year and in 2018.

Today, a Medium post from Tron reported that Tron has been granted the Jinse Finance award for being the most innovative blockchain in 2019 at the “Keeping Pace with the Time” award ceremony.

Tron awarded for its 2019 achievements

The Medium article enumerates the milestones Tron has achieved this year – such as, the increase of dApps that were built on Tron or migrated to this chain, a significant rise in the amount of active users, as well as the rise of the dApp transaction volume in TRX.

Related
Bitcoin Has Survived Another Year and Scored More Goals in 2019: Crypto Experts

As reported by U.Today on Monday, Tron’s CEO Justin Sun teased the community, promising to announce a new acquisition made for the BitTorrent network. However, Sun stated that this would also benefit Tron and TRX.

He even put up a poll with potential companies, one of which was assumed to be joining BitTorrent and Tron. Among them was the Steem platform and Netflix. Over fifty percent of voters chose Steem.

However, later that day, Justin Sun and BitTorrent spread the word that DLive starts migrating to Tron and BitTorrent's BLive app will be merged into it.

Starting today, @OfficialDLive will begin the migration to the #TRON blockchain! #BLive, the live streaming platform introduced by @BitTorrent in early 2019, will be merged into the DLive platform!

We are excited about the great future that lies ahead for #TRON Ecosystem! https://t.co/ORsIl4KR2m

DLive is a blockchain-based platform for video streamers on which content-makers can monetize their work.