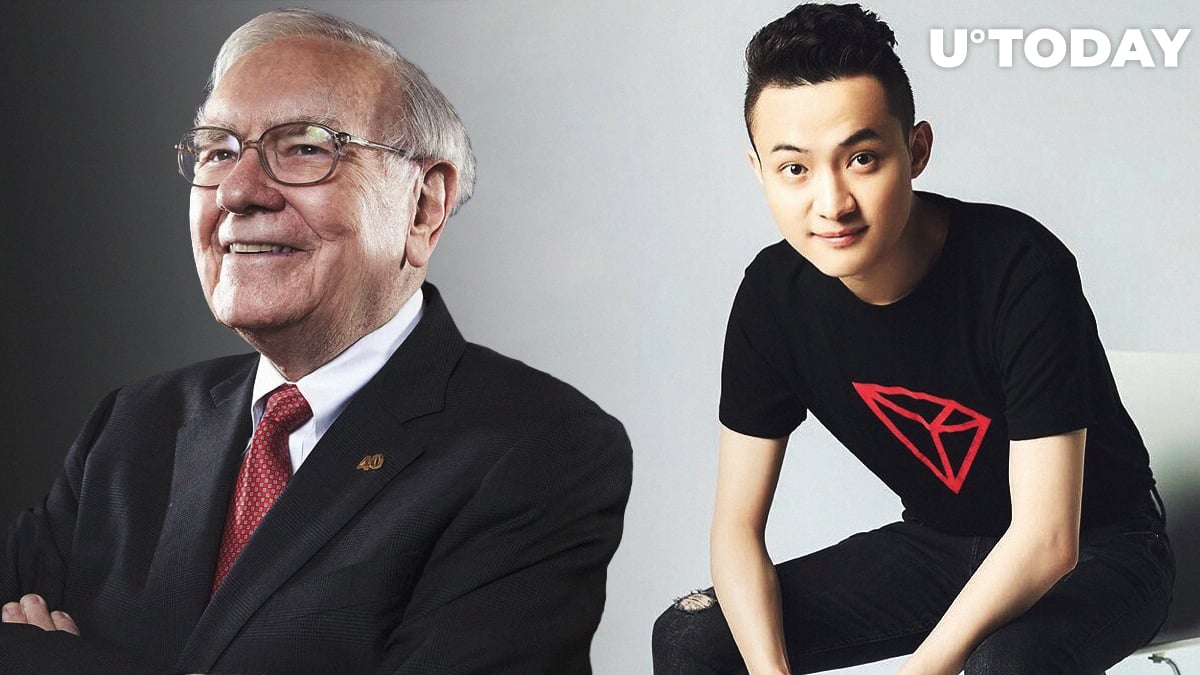 In his tweet, the crypto whiz claims that the Oracle of Omaha still owns the phone he gifted him during the much-hyped dinner. Although, he concedes that it doesn't make Buffett "a crypto investor."

Dinner w/ @WarrenBuffett was not only to help the homeless people of SF but to discuss differences of opinions in investments & life experiences. In terms of charity impact, the dinner was very successful! Mr. Buffett is such a great teacher of life, I learned so much!

As reported by U.Today, Buffett, the fourth richest person in the world, once again trashed cryptocurrencies for having zero value during his interview with CNBC's Becky Quick. This came just one month after Sun had a $4.6 mln dinner with the Berkshire Hathway CEO to convince him of the opposite.

Moreover, Buffett apparently forgot about the Samsung phone loaded with BTC and TRX that Sun gave him as a gift.

To save face, Sun tweeted that Buffett's crypto holdings are still intact and attached his wallet addresses to prove it.

During his CNBC interview, Buffett also jokingly suggested that he could issue his own cryptocurrency called "Warren Currency." His words were used as another marketing trick by Sun who now proposed to issue WARRENCOIN on the Tron blockchain without any monetary value.

I will support WARRENCOIN on #TRON! WARRENCOIN would be a great crypto & I would support it wholeheartedly! 7 billion WARRENCOIN will be issued without monetary value, which means everyone should have one and be Mr. Buffett's fan. WARRENCOIN to the moon! ??

The likelihood of Buffett issuing his coin on Tron is infinitesimal given that the billionaire is yet to even acknowledge the project's existence.