Yuri Molchan
The CEO of Tron, Justin Sun, announced on his Twitter account two recent records Tron has set: an increase in TPD and Tron accounts added on a daily basis 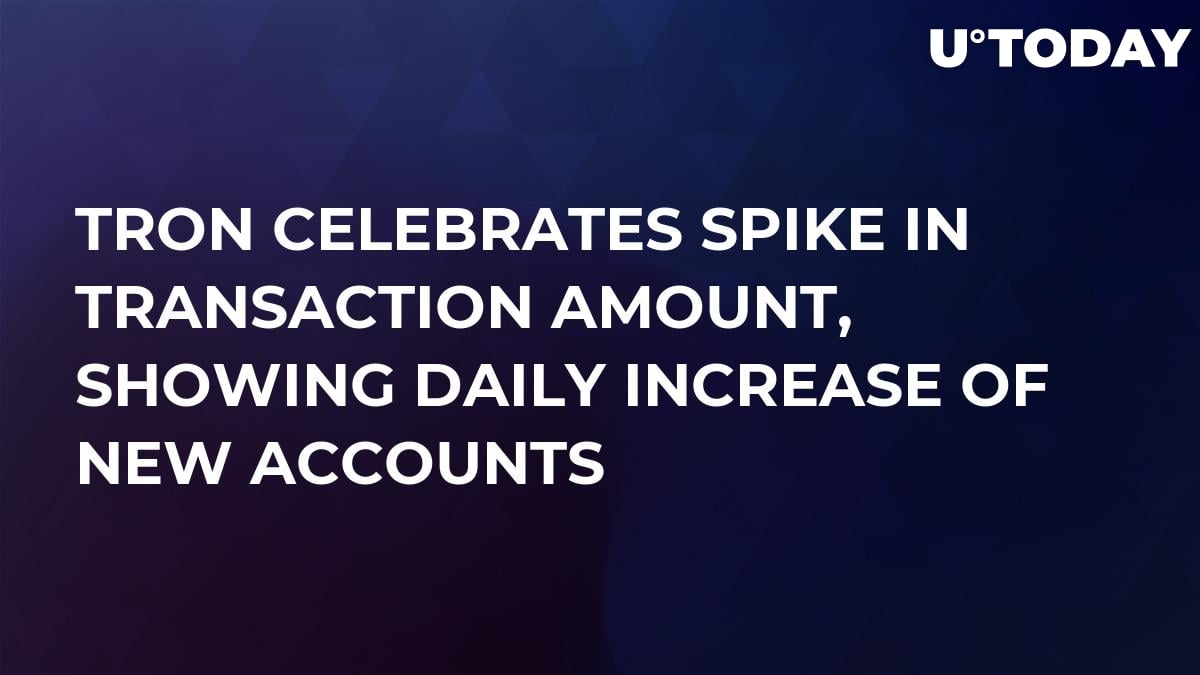 Justin Sun has informed the community through his Twitter account about two major pieces of news that have made Tron supporters excited.

News 1: The number of transactions per day has reached 2.53 mln.

Dragging developers from other platforms

Besides, he added that following his invitation aimed at EOS and ETH communities, developers of dApps on these two blockchains are now migrating to Tron at a rising pace.

Earlier, Tron’s CEO tweeted that the Foundation is ready to set up a stabilization fund to give a hand to EOS and ETH dApp makers, setting only one condition: they are to move their dApps to the Tron network. And although there were plenty of negative comments and polite rejections on Twitter, apparently many have found these terms acceptable and attractive.

Justin Sun had urged developers to give up working on ETH as early as back in September when Afri Schoedon from Ethereum tweeted that ETH is working at its full capacity and was calling on developers to move to other blockchains, e.g. Ethereum Classic.

Tron compared with other coins

Presently, Tron (TRX) holds 10th position on the top-10 coins chart. The Tron Foundation’s website tells us that the blockchain is developing pretty quickly, comparing the amount of transactions per second with a few other popular virtual crypto assets.

However, the 2,000 record of Tron is still less than the number of operations that EOS is making, which was nearly 3,000 a short while ago, as was reported by U.Today. Thus, Tron still has great potential for improving its scalability.

On Thursday, Tron’s CEO informed the platform’s community that Tron had overtaken Stellar (XLM) by the amount of trading pairs, detailing that TRX has 159 pairs with crypto and fiat currencies around over 100 crypto exchanges versus the 157 trading pairs of XLM, also against crypto and fiat assets.