Yuri Molchan
Justin Sun has just tweeted that TRX continues to succeed on its path of world-wide adoption; it has managed to outperform XLM, indirectly so far 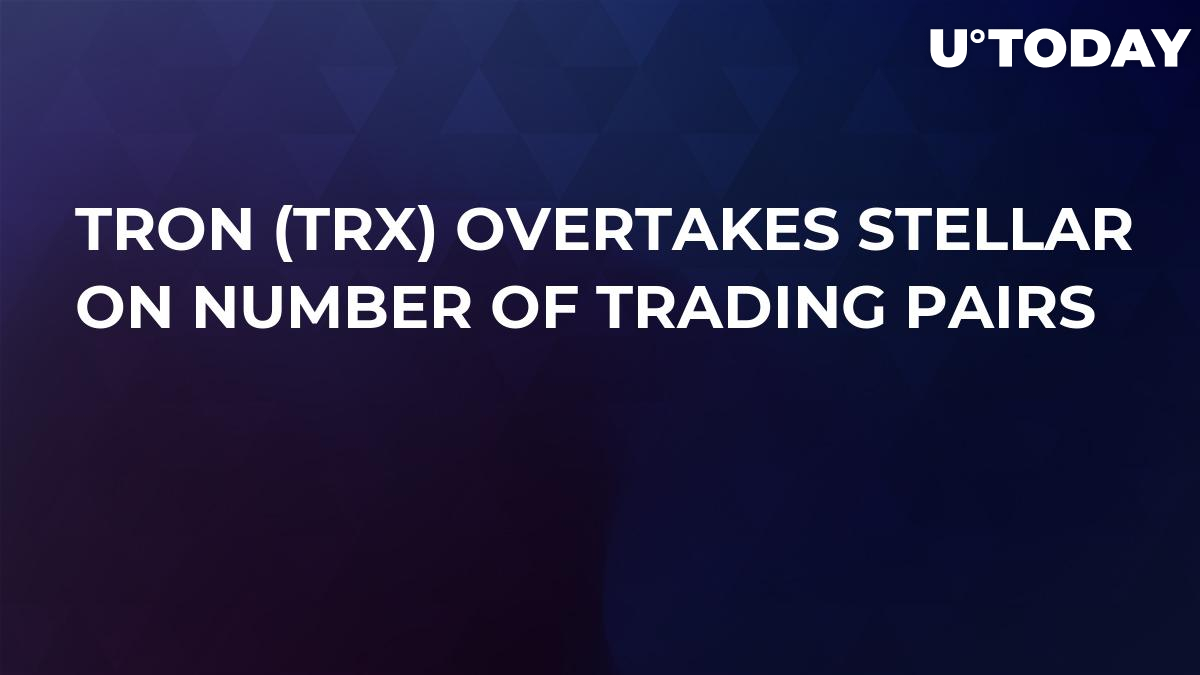 The CEO of the Tron Foundation, Justin Sun, on his Twitter account reports that Tron (TRX) has made significant progress. As per him, the amount of TRX pairs across crypto exchanges now exceeds that of Stellar (XLM).

There are 159 pairs where TRX trades against other crypto coins and fiat assets versus 157 XLM pairs of the similar kind.

According to @CoinMarketCap, there are 159 trading pairs of #TRON which already surpassed 157 trading pairs of Stellar. #TRX was already listed on more than 100 exchanges, including Crypto/Crypto & Crypto/ Fiat trading pairs. $TRX pic.twitter.com/OYN8qLBRtK

The table Justin Sun provided from the CoinMarketCap website shows exchanges where Tron has been listed and the currency pairs the coin is trading in.

Among of most impressive recent achievements of Tron is that it has been able to climb to the number 10 position on the top-10 coins list. Justin Sun has been chasing this goal since the mainnet launch in the summer and the start of TRX migration from the Ethereum blockchain to TRX’s own newly created network.

To do that, Tron had to overcome the widely-known Monero (XMR) coin, which is focused on private transactions and popular on the Darknet, and Cardano (ADA).

One more important thing worth mentioning here is that on Wednesday the Tron Foundation finally launched its own decentralized exchange (DEX) titled TRXMarket. Currently, the platform has added three TRC20 tokens.

This autumn, U.Today wrote that Tron was in the process of assisting the Chinese online trading giant Alibaba to build its own crypto exchange, thus helping the company to implement crypto into its vast customer community.

Tron is not the only platform that has recently launched a DEX. Earlier, U.Today reported that the world’s biggest exchange by daily trading volume, Binance, has also published a demo-video of using the new Binance DEX.