Trillions of SHIB Moved by Whales as Price Jumps 11% Weekly 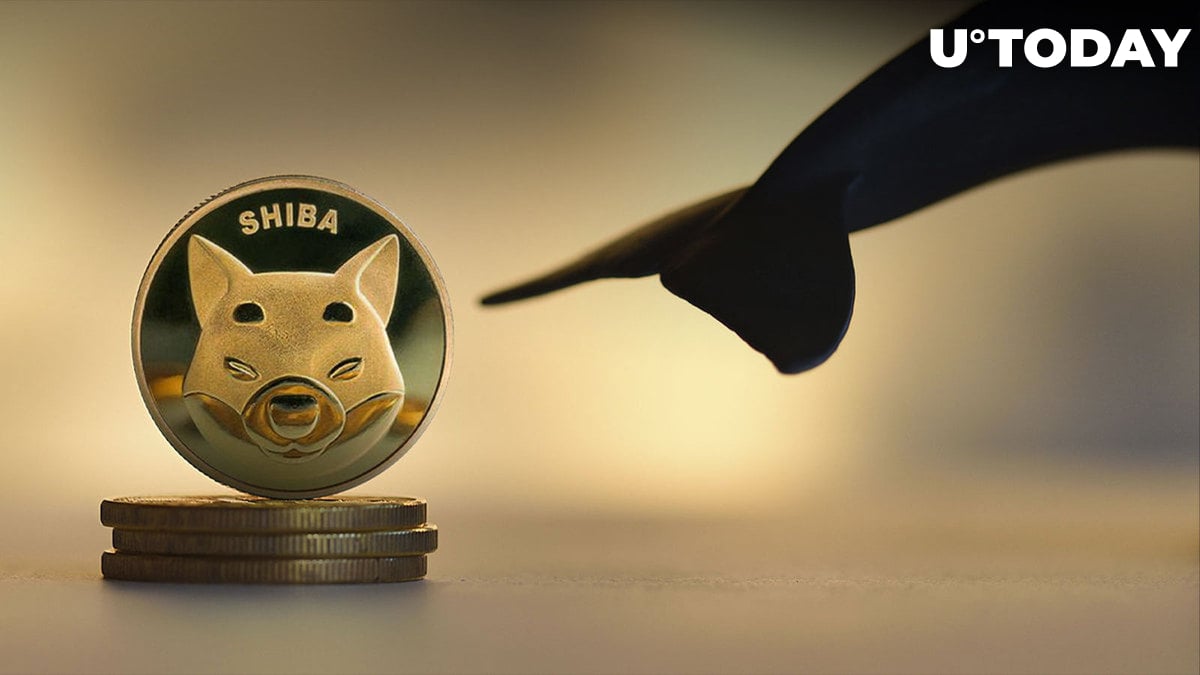 The wallets that took part in it were tagged by the tracker as "unknown" ones. In the meantime, Shiba Inu has reached another milestone for top Ethereum whales, becoming one of the most traded coins among them. Besides, its price has jumped by nearly 12% over the past week.

3.3 trillion SHIB on the move

According to Whale Alert, a whopping 3,333,256,285,484 Shiba Inu were shoveled between two anonymous digital wallets. This amount of meme crypto is equal to $30,262,633 in fiat. This address was brand new, and this is the only transaction on its list so far. These 3.3 trillion SHIB are the only amount of meme crypto it holds at the moment.

Such massive transactions of SHIB are usually typical either for mega whales or for crypto exchanges. For example, yesterday, U.Today covered that Binance giant transferred 12,661,395,600,288 Shiba Inu. That was a transaction to withdraw meme crypto from the staking pool of ShibaSwap. However, exactly 4,000,000,000,000 SHIB were then restaked.

Since the launch of the ShibaSwap DEX, Binance has had a whitelisted address there, which it used for staking Shiba Inu for their customers and then spreading the gains among them.

The second biggest canine token in terms of market cap has shown major price action over the past seven days. From Jan. 3 until yesterday, it demonstrated a rise by over 18%. However, today, the price lost about 10% of its growth, printing several consequential red candles on an hourly chart.

The SHIB price often follows the original meme token, Dogecoin. Two days ago, DOGE soared by slightly over 10%, but then it reversed by half of that and has been fluctuating on the news that Twitter is preparing to launch a new feature dubbed "Coins."

Twitter's own token will be used to give rewards to content creators, the function which, as the DOGE army hoped, would be given by Elon Musk to Dogecoin, according to his previous takes shared on Twitter and various podcasts.

Elon Musk is a long-time supporter of Dogecoin, who featured it during his debut on the popular SNL TV show in 2021. After that, DOGE soared to its all-time high of $0.7376. Currently, the leading meme token is trading nearly 90% below that historic price peak.