The Singularity Known for Sofia the Robot is Coming: Past-ICO Review

Eric Eissler
Androids, robots, AI, the future is coming and it could be scary should AI seek to assert dominance over humankind 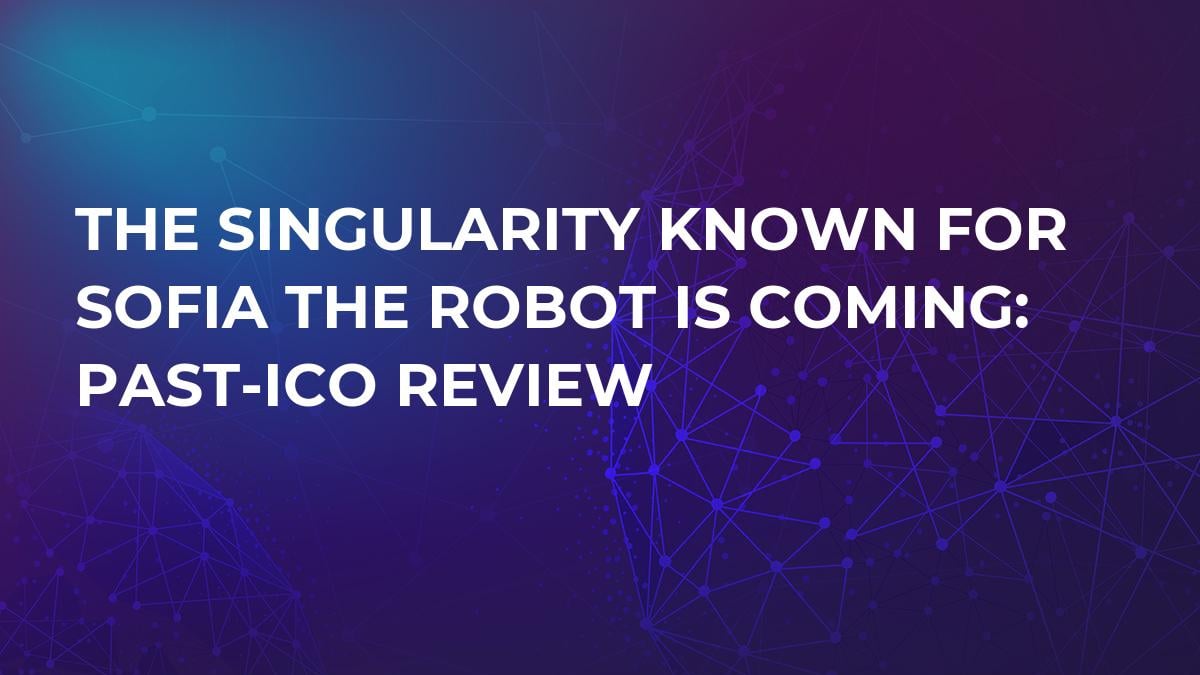 The Skynet Funding Bill is passed. The system goes online Aug. 4th, 1997. Human decisions are removed from strategic defense. Skynet begins to learn at a geometric rate. It becomes self-aware at 2:14 a.m. Eastern time, Aug. 29th. In a panic, they try to pull the plug. -The Terminator (1984)

Hanson Robots, known for Sofia the robot, is the creator of SingularityNET. If the above quote is anything like the AI SingularityNET is developing, then there could be the reason to be very afraid.

While anyone can launch and monetize AI services using the SingularityNET platform, the company has an internal team of more than 50 researchers, who will seed the network with an initial batch of services such as: network services, social media analytics, biomedical data analytics, GHOST-powered chatbots, social robotics and DNN model training and neuroevolution, among others.

When the machines rise, money will become worthless

With all this great potential of decentralized AI, why is the price so low? The token, known as AGI is a utility token and not an equity or investment token. Furthermore, the market has been in a major slump for much of 2018, explaining the low price. The token debuted when the crypto market was at its highest and hottest peak, now the markets have been in a corrective phase.

Goertzel is also the chief scientist of financial prediction firm Aidyia Holdings and robotics firm Hanson Robotics; chairman of AI software company Novamente LLC, a privately held software company, Goertzel’s list of employment is long and he indeed has much experience in the fields of math, robotics, AI and quantitative systems.

Pennachin has more than 20 years experience in AI, having led several firms in AI such as Novamente LLC, and Aidyia Limited among others.

The Future is unclear for both humankind and SingularityNET

SingularityNET brings together important technologies that will most likely lead the tech industry for the next decade. The ability to quickly and easily purchase AI algorithms is going to be a significantly powerful market in the upcoming future.

The biggest concern with this platform is the unforeseen consequences of decentralizing and democratizing the power of AI for whatever purpose the user intends.

There is a real danger that could occur from having an anonymous market of people purchasing very powerful AI services. AI could be considered the next nuclear arms race due to the fact that the technology can literally do anything its programmed for or whatever it can devise on its own.

That being said, the ultimate goal of SingularityNET is to create an AI that physically interacts with humans through hardware, i.e. robots, androids and others. There could also be a series of dangerous consequences if this idea actually becomes successful and reaches its mission.

While the token prices tanked, it is a utility token, the company has much potential, it has in conjunction with Hanson Robots produced a true android and aspires to do much, much more. However, while it may seem like tinkering with AI now, it could really turn out to be something far dire and harmful to mankind.