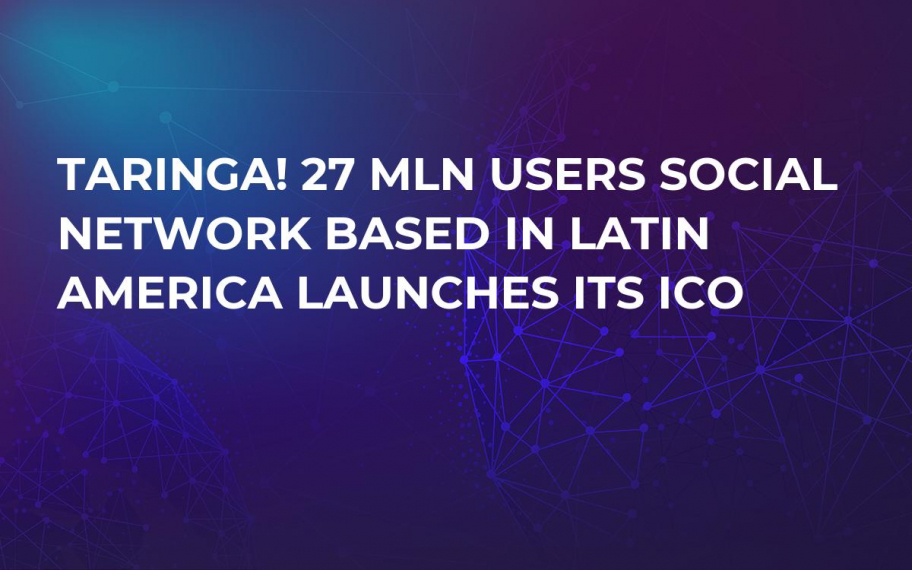 Taringa! is a social network that some call the Reddit of Latin American users. Launched in Argentina in 2004, it boasts 27 million registered users who create and share thousands of life hacks, tutorials, recipes, reviews and opinions daily.

The ICO concept is expected to be announced Tuesday in Buenos Aires by Taringa’s CEO Matias Botbol.

Taringa is a social platform similar to a sub-Reddit where people share, search and find all kinds of information, organized by communities that are created and shaped by the users themselves.

In 2015, they’ve put under the hood a system of income distribution, that paid users in Bitcoin a percentage of the revenue that their posts generated. The program started in Beta and have reached about 35 000 users, but they decided to suspend it due to certain technical and audit difficulties, that would have prevented its scaling should they decided to open it to the wider community. So they were reducing it slowly, so at the moment they have a tiny group of 2500 users that keep using the program.

“In December, 2017, we have started to rethink the program introducing an utility token, that allowed to decentralize the platform and generate a self-sustaining economy based on our current concept”.

The idea of the system how it is described in the release is the following:

The system is developed on the basis of subscription to users or channels, so that any person can follow different channels in a personalized feed, where content is ordered by an algorithm, that highlights these content elements in the channels in accordance to their relevance. In that manner, the user can read the information on relevant topics, that also have been upvoted by other peers with similar interests, creating a democratically curated feed.

The channels are topical spaces that anybody can create, with two base rules that establish their economy and governance.

Within these channels, other users can generate posts, vote on them (positively or negatively), comment on them, report them for breaching the rules of a channel, and promote them (using the token).

The administrator or administrators of the channels can establish economic and governance rules. These can later be changed in the future, should a necessity to do so arise.

The adminstrator(s) establish economic rules that facilitate the charging and payment for actions performed in the channel.The channel is only entitled to distribute revenue that have been charged in relation to actions within this channel.

The actions that can be charged or paid for are the following:

Additionally, the very system algorithm, allows to promote a post for a fee (varies from channel to channel and is calculated automatically and mathematically), to position that post on a better location within the content feed. This is how any person or company that desires to highlight their content, or content of a third party, may pay to increase the exposure and relevancy of the post in question.

All revenues generated by charging of these activities are collected by the channel and distributed in accordance to pre-established rules.

Additionally, special rules of revenue sharing may be established for the posts that have been voted better (for example, those who have stayed on top positions of the feed during certain periods of time), or for users who voted or commented on the most highlighted posts.

The administrator(s) establish the rules of governance for their channels, including a decision-making process of changing economic rules, rules of content, moderator staff and governance rules themselves. In that manner, both persons and groups can administer channels on the basis of democratic, hierarchical or other rules.

All this ecosystem will be developed on top of the existing Taringa! community, whose contents are already organized in that way, with channels, moderators, administrator, content generators and users who interact with all these.