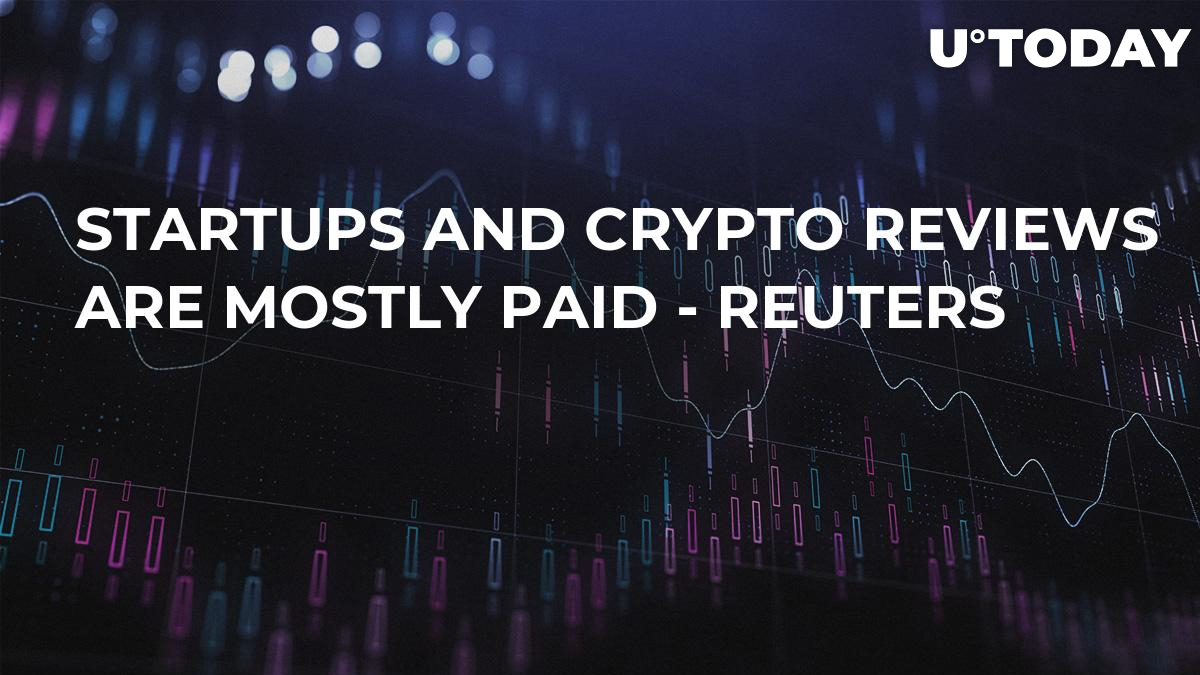 Inexperienced investors and crypto market newcomers often don't suspect that news and crypto reviews where tokens are served in a favorable light are often hidden advertising and paid for by founders. This is stated in an investigation conducted by Reuters.

Self-proclaimed experts in underground niche media get thousands for video reviews. Researchers accept money in the crypto which they analyze. Known within the community, these "experts" are ready to evaluate anything for a little fee. Such manipulations with the public image often turn out to be the decisive factor that makes investors decide to buy or sell token.

In June 2018, Alternative Media Television, a YouTube channel with 500,000 subscribers, released a review of the Ukrainian-origin Hacken coin. Its host, Christopher Green, in a 25-minute video, described it as a proposal token with huge market value and a potential return of 1000 times.

The disclaimer on Green's website emphasizes that the expert can receive some compensation for the goods he recommends, but it's not marked as advertising. At the same time, Green didn't say that he personally supports the project and owns its coins. Later, Green stated that in just one day, Hacken rose by 14 percent to $1.54 per coin.

This has prompted some investors to invest in Hacken. Six months later, its value fell by more than 75 percent to $0.36, and many of them lost their investments, while Green received $7,500 from Hacken's founders. Hundreds of investors are getting recommendations from experts who rarely reveal their own assets.

In 2017, the U.S. SEC warned that digital coins or tokens could be securities and were subject to Federal law. The SEC’s rules influenced the promotion of initial coin offerings (ICOs). Any celebrities or trendsetters who promote a digital token or coin must fully disclose the compensation they received for the promo. This sharply reduced the number of participants in ICO promo campaigns at the peak of the crypto boom.

Hundreds of self-proclaimed crypto experts have been born in the last 18 months. Although their activity has recently declined slightly, more than 2,000 people around the world are fighting for attention from investors. The vacuum of clear and true information about new crypto has left them alone with strong hype and bad advice because the main reason for many inexperienced people to invest in dark horse crypto projects that appear to be a scam is the advice of the so-called experience experts.

For example, there is ICObench with 34 people as staff and more than 360 experts who provide him with world leaders in the field of ICO expertise. ICObench experts stated that crypto startups or their PR agents offered them money for well-rated reviews, but they deny receiving money

One of the co-founders of Swiss-based startup Alethena, Markus Hartmann, stated he paid $800 to a Telegram user for five-star ratings at ICObench from Daniil Morozov and Anatoly Bordyugov.

After Hartmann released his story about it on his Medium channel, ICObench accepted that its experts Morozov and Bordyugov received money for reviews, deleted all their reviews, and deprived them of the expert status. ICObench notes it investigates such cases and removes such reviews from the site, but it is still difficult to say how many of them are paid ones.

The market for such unfair promotion is wide and is waiting for new researchers, Reuters concludes.