Yuri Molchan
Crypto market bounces from the recent low, Bitcoin, XRP, ADA and other top-10 and top-20 coins are heading north, but nobody knows for how long 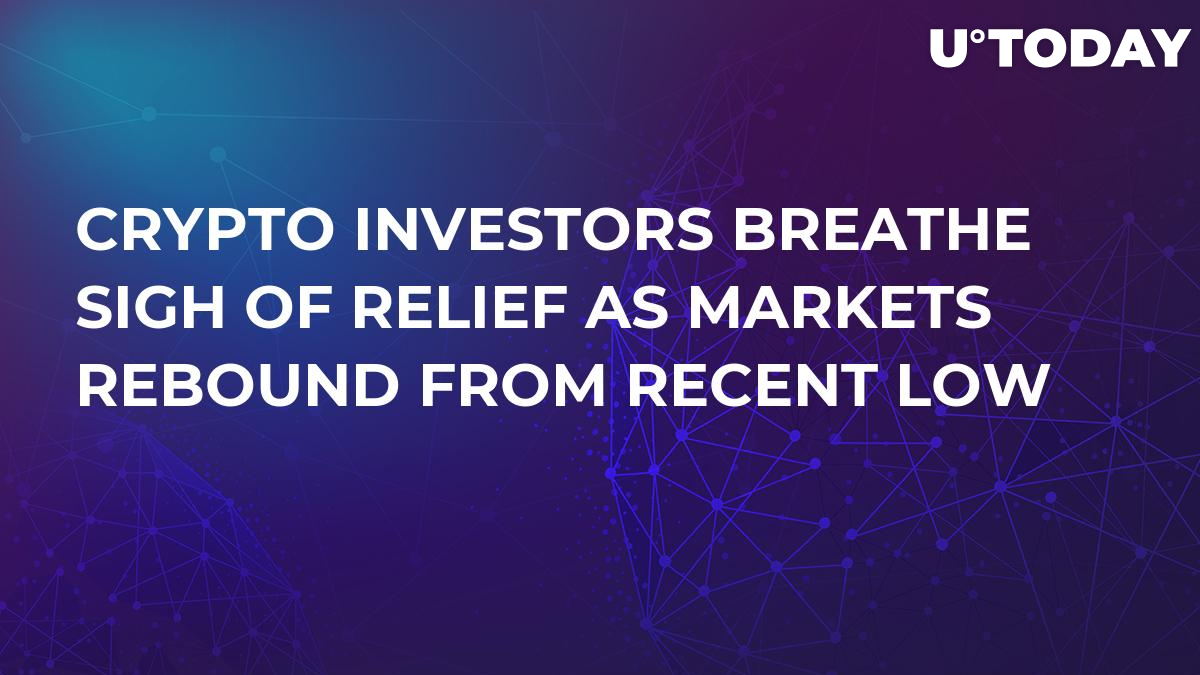 The start of the week, Monday, seems to be giving the market a bit of a break from hitting its face against another yearly low. All major assets and 97 percent of all altcoins are in the green zone at the time of writing.

Crypto rises from the crypt

Over the weekend, Bitcoin and the rest of the market showed another drop. The overall market cap slumped to another minimum under $115 mln on Sunday. However, this morning the market reversed and began to rise, recovering a tiny bit of its previous losses.

Yesterday morning, the market’s major asset, Bitcoin, which lost over 40 percent since the middle of November, dropped under $3,600. Since then, the coin has succeeded in crawling back by 8 percent, rising over $4,050 today. At the time of writing, Bitcoin is sitting at $3,979, having shown a little decline. Numerous experts, including ones from Bloomberg, are expecting a further roll down to the support level of $3,000.

When all assets were in a free fall, ETH hit the ground even harsher than Bitcoin did — close to $100 per coin. However, today it has recovered to $115 and is presently trading at $114. 52. The coin’s market cap has fallen to $12 bln, with  XRP still ahead of ETH in second position.

On Monday, the majority of altcoins are catching up with their recent loses, in particular those suffered on Sunday. This morning, at the Asian trading session, XLM, LTC and ADA regained double digits from their worst lows this year.

EOS is struggling to push XLM from its fifth position at the moment. EOS outperformed BCH in fourth place just for a short while and then dropped back. Currently, the EOS rate is $3.34. This is nearly 85 percent down from its historic high achieved earlier this year.

Further away from the ‘top-10 club’ coins, other assets, from position 11 to 20, are also demonstrating a recovery. Zcash and Tezos have currently gotten back their double figures. IOTA, NEO and BNB are also right behind them.

Sirin Labs Token spiked 96 percent, driven by a great pump caused by fomo. Monacoin, which lost a great deal on Sunday, got a pump of 40 percent on Monday, recovering its lost digits.

Polymath and Ravencoin are also moving in green presently. The only coins in red at the time of writing are stablecoins TrueUSD and Paxos Standard Token, as well as Dai.

The total market cap has regained around 7.5 percent on Monday, and thus $15 bln is getting back into the crypto market after a terrific loss over the weekend. Altogether, the coins’ market cap is slightly over $130 bln, but this is still 27 percent lower than this value a week ago.

Seems like the market reversal has given the market a sort of a short-term break, even though crypto assets are still on a very low level.