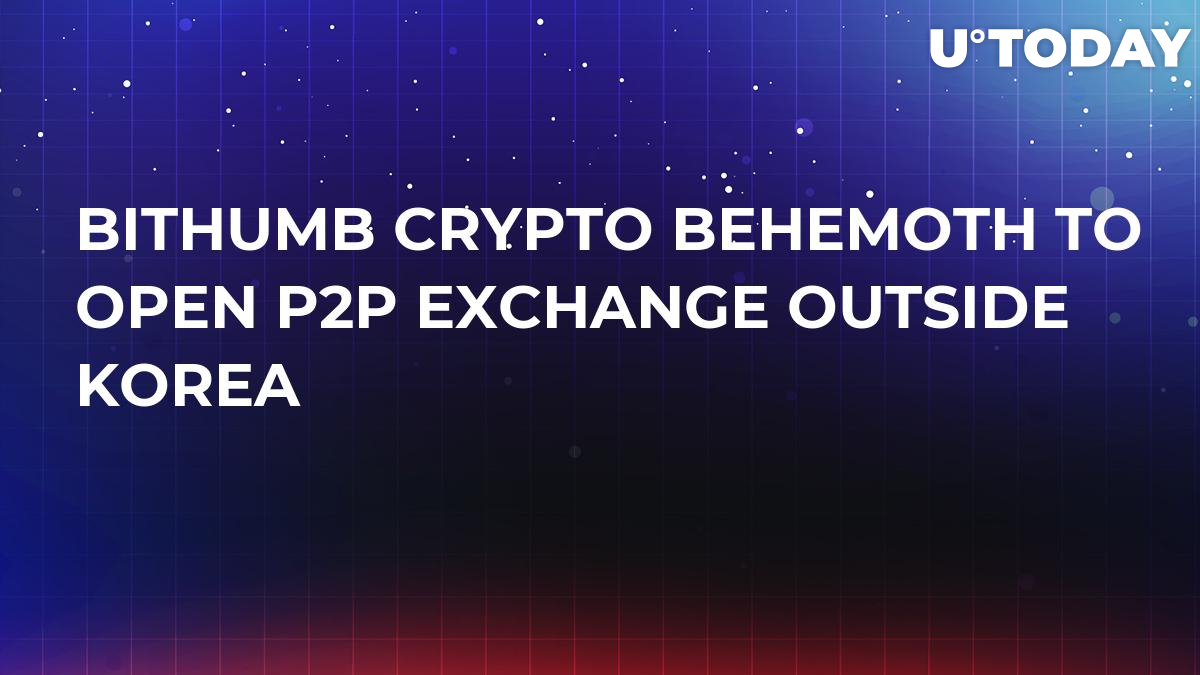 The South Korean crypto giant Bithumb intends to start off with a decentralized exchange (dex) in the near future. Perhaps, this is caused by its competitor’s intention, the Binance exchange, to do the same.

Bithumb intends to open the dex outside Korea, using a subsidiary in another jurisdiction.

The contractor for developing the dex is One Root Network (RNT). Earlier this year, it already created one P2P crypto exchange.

Step-by-step plan for rolling out abroad

As sources report, Bithumb is working on expanding its user-base and for this reason it is launching the new exchange. The crypto player has a far-going plan to finish deploying the dex soon and launching it to attract overseas customers.

A well-known fact is that big centralized crypto traders, such as Binance and Bithumb, gain huge profits from trading commission. Fees are charged every time a trader performs a buy or a sell order.

A P2P exchange or dex does not have an intermediary, so profits are times less than those of centralized exchanges. However, the income for developers still exists – enough to stimulate them for further work.

Related
Binance Just Stole My Money After Getting All My Personal Data: Reddit User

Earlier, in a CNBC interview, Binance CEO Changpeng Zhao expressed his strong belief that in the coming years P2P exchanges will be dominating.