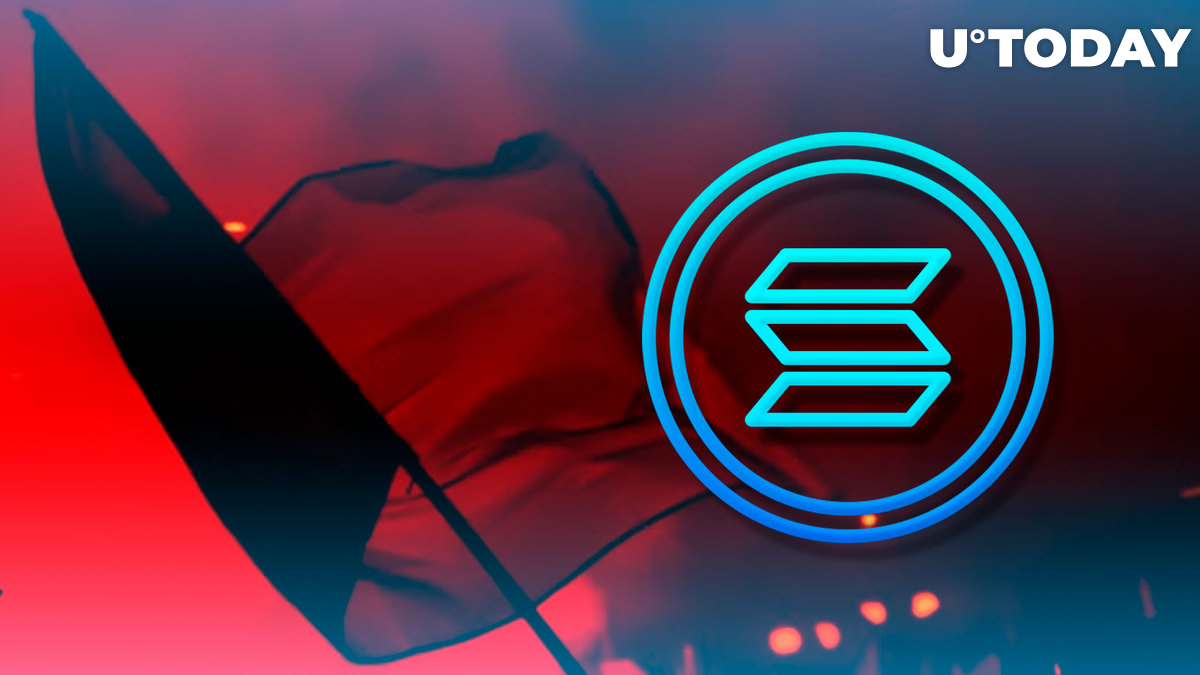 CIO and co-founder of a pioneering cryptocurrency VC fund Cyber Capital lists the reasons to avoid the SOL token as a long-term investment opportunity.

Mr. Bons has taken to Twitter to share a thread on the Solana blockchain and the SOL token. First, he stressed that SOL is the only blockchain that has gone down seven times in the past months.

Blockchains should never have downtime

Yet SOL has gone down at least 7 times since I first spoke out!

A consequence of their own design decisions

There are many examples of lies, fraud & bad design

Exposing a pattern of bad behavior:

As covered by U.Today previously, Solana (SOL) went through a series of downtimes in 2021-2022; its team had to restart the blockchain to restore the transaction confirmation process.

Also, he added that Solana's (SOL) statements about an unbelievably high peak throughput of the blockchain (reportedly, over 400,000 transactions per second) are very far from being true.

The very design of Solana's (SOL) proof of history (PoH) consensus doesn't look innovative to Mr. Bons. As Solana's next block producer can be predicted, the blockchain becomes prone to a 51% attack combined with an attack against validators.

Last but not least, Mr. Bons claimed that Solana's newly-announced Android smartphone Saga is just an attempt by Solana's team to pivot and "cash out."

At the same time, Solana's developer @0xMert_, a former engineer for Coinbase and Blackberry, stated that all accusations by Mr. Bons have already been debunked.

For instance, all downtimes were associated with IDoS attacks by bots, while all Solana (SOL) consensus downtimes can also be found in the majority of proof-of-stake (PoS) blockchains.