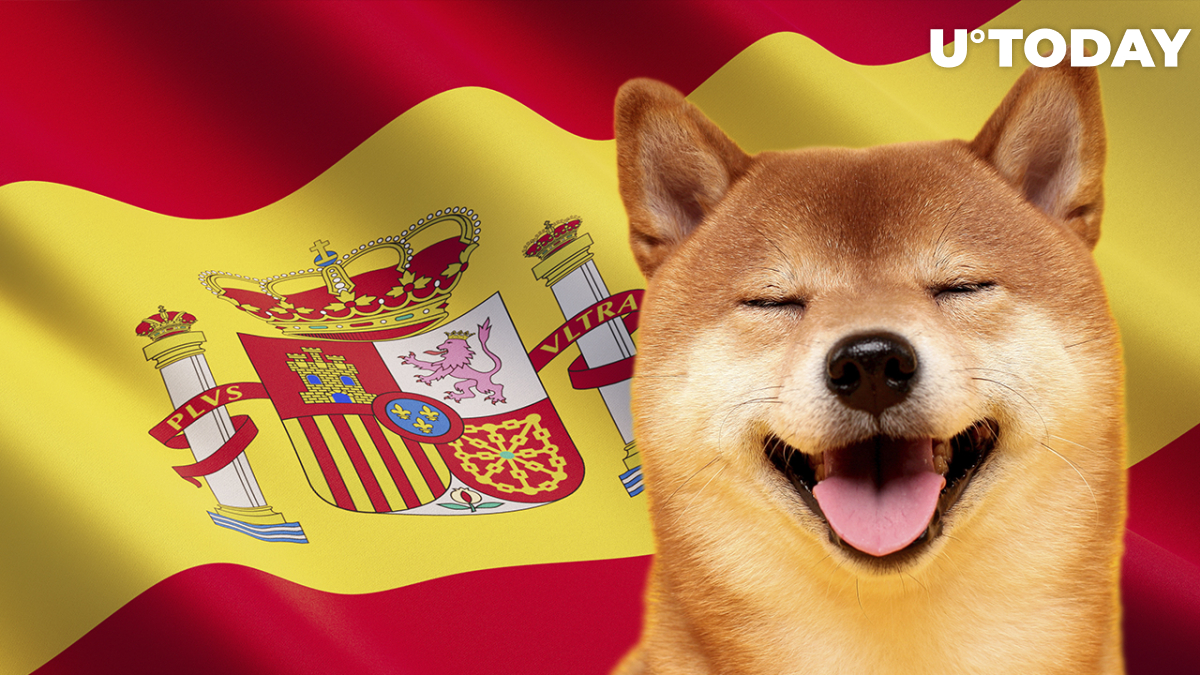 This comes seven months after it added support for Dogecoin, the first meme cryptocurrency.

Founded back in 2014, Bit2Me remains the number one exchange in Spain, experiencing 1,200% annual growth.

In September, the trading platform launched B2M, an Ethereum-based native token, and ended up raising $23.9 million (20 million euros) with its initial coin offering. Notably, it took less than three minutes to collect the above-mentioned sum. The token can be used to gain access to additional features and participate in governance decisions.

Baldomero Falcones, former chairman of payments behemoth Mastercard, joined Bit2Me as senior advisor in August to work on Bit2Me Card, a debit card for cryptocurrency payments. The hire was part of the company's push to extend its reach beyond Spain.

With the Bit2Me listing, Shiba Inu continues to strengthen its presence in Europe.

As reported by U.Today, Bitstamp, the largest European exchange, announced that it would add Shiba Inu on Dec. 8, but trading was then postponed due to technical difficulties.

In early November, Coinbase Pro allowed its customers to trade Shiba Inu against the British pound and the euro. It initially listed the coin in October after a multi-month delay.

Bitpanda, the Austrian crypto unicorn backed by billionaire PayPal co-founder Peter Thiel, also made it possible to trade SHIB against the euro.

Kraken announced its much-anticipated listing in late November. Trading for both dollar- and euro-based fiat pairs kicked off on Nov. 30 to the great delight of the community.