Arman Shirinyan
The dominance of the token rises with the price 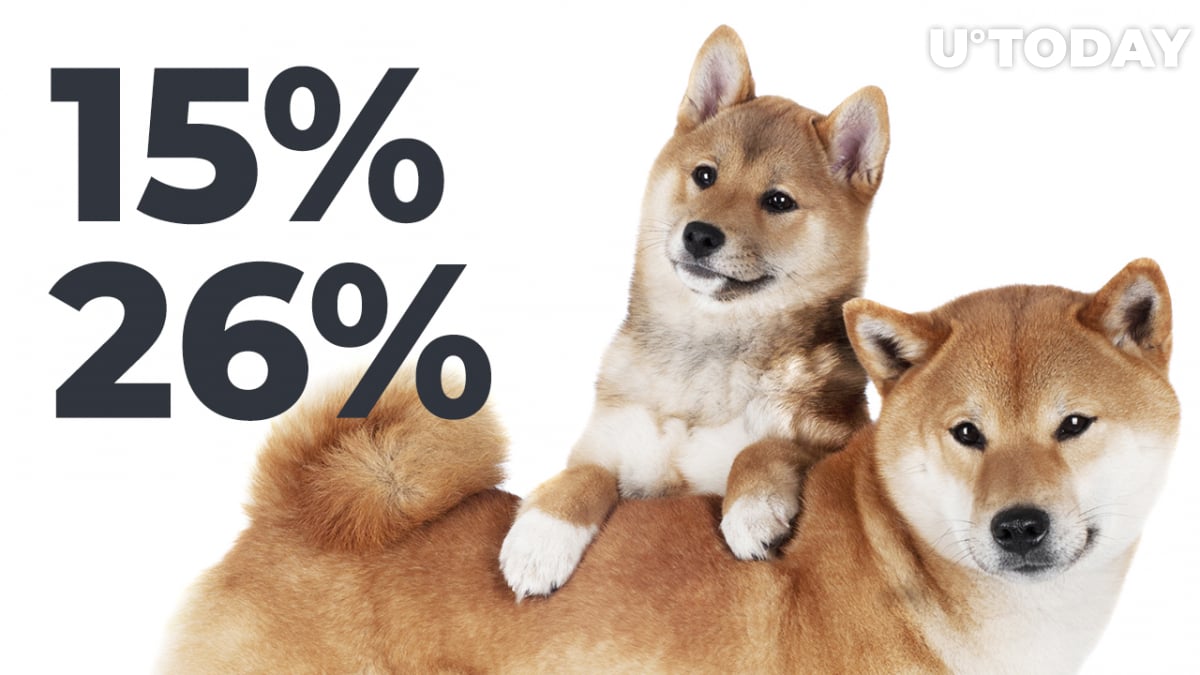 The dominance of Shiba Inu whales on the Ethereum network has increased once again as the token jumped in price by 26%. According to WhaleStats, whales currently hold $1.5 billion worth of Shiba Inu in their wallets.

As U.Today has previously reported, large players on the network are continuously adding Shiba Inu to their balances. The accumulation has resulted in a 26% concentration of the supply in the hands of whales.

According to data from TradingView, Shiba Inu's price has increased by 22% and reached $0.00002839 for the first time since Jan. 13. The sudden price increase was most likely the result of the global cryptocurrency and financial market recovery taking place after a strong correction.

SHIB has not been showing any positive market movements recently due to the absence of buying power from retail traders and a large concentration of the supply in the hands of mid-term holders who are constantly taking profits even after the slightest recovery.

While SHIB's performance left the majority of traders in losses, the team behind the token was focused on building the fundamental value of the token by launching numerous use cases in January.

According to the most recent announcement from the Shiba Inu team, the public testnet of Shiba Inu Layer 2 solution is about to launch. Before that, the opening of Shiba Inu's own fast food chain was announced in Italy.

The fast food restaurant called Welly's has rebranded its restaurant completely and made the Shiba Inu dog its new mascot, adopting a new tagline that refers to the creator of the token, Ryoshi.