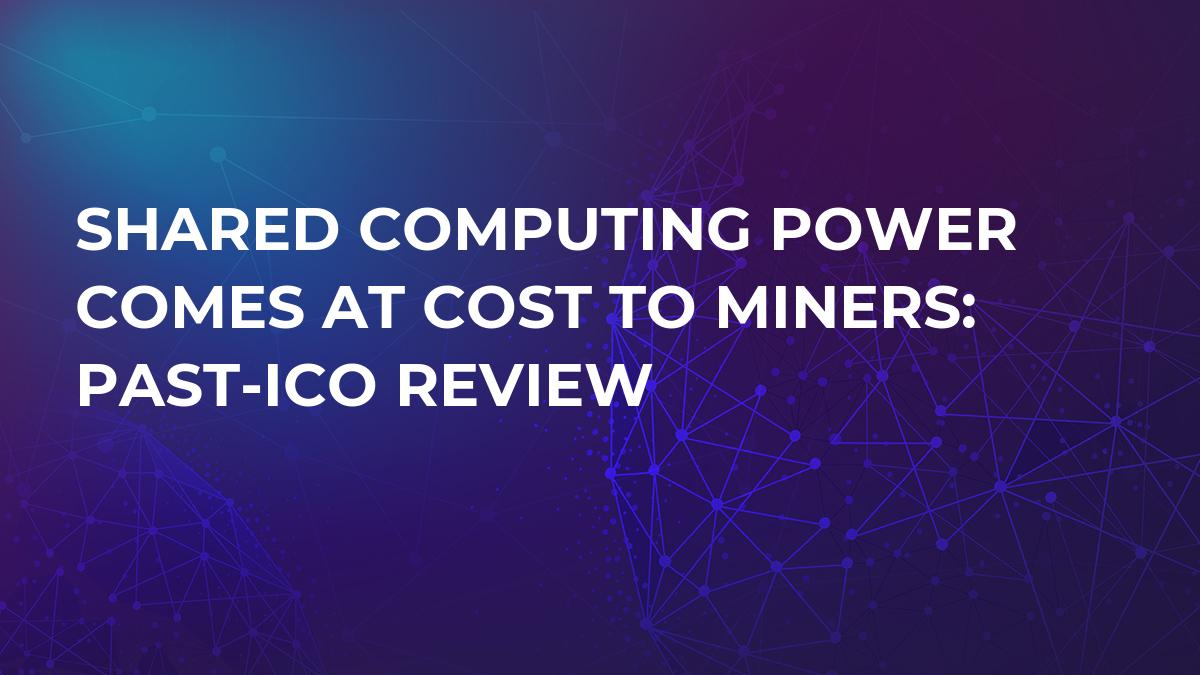 Golem seems to be what everyone is talking about when it comes to shared computing power and crypto, but there is another coin with the same game but obscured by Golem’s shadow. That is GridCoin.

In other words, scientists can use this network to solve problems that require massive computational power, which might not be readily available to them in their labs.

Golem entered the market at $0.0022 back in 2015 and is currently trading at $0.024. Over the past year, the price fluctuated heavily and it did hit an all-time high of $0.183. This price fluctuation was when there was a fundraiser of $32 mln, reportedly.

It has a market cap of only $9.5 mln and daily trade volume is very low at $7,000. It is ranked at 418 on CoinMarketCap. People looking to make some major gains should not look to the scientific Blockchain tokens, because they are designed in principle to support science and not make investors a quick buck.

These are utility tokens. This is the point of contention that has upset some who are mining the coin and providing their computational power; the mining rewards are less than the cost of electricity to run the mining operations.

Looking into GridCoin forums on Reddit, there were complaints about the mining fees being too low, such that miners were operating at a loss due to electricity fees being higher than the mining rewards. I reached out with a pertinent question: “It seems there are many complaints that people signed up for BOINC are paying more in electric fees than they are being rewarded. Could you explain what is going here and why people are making such claims?”

But after four days of waiting, no one reached out to answer the question. It doesn’t make much sense to run an operation where miners are losing just to run the network.

Despite that GridCoin, just the other day tweeted that the network is growing over the past year and it has substantially grown, over the past few months the growth has leveled off. Perhaps, due to the mining rewards?

GridCoin incentivizes miners to run both BOINC and GridCoin mining side-by-side. In other words, the BOINC, which is the shared computing power network and the GridCoin both require computing power, which seems a bit wasteful if you need to mine the coins instead of focusing on the science.

The incentive is that, while miners who do not run the BOINC system receive only five GridCoin (GRC) for mining a block, those that do will receive extra GRC based on how much relative computational power they donate to the BOINC network (up to 150 GRC).

This ensures that the integrity of the Blockchain remains intact, while the system strongly rewards miners for computational power committed to scientific benefits.

While there might be financial issues with running at a loss, the scientific community may absorb that cost to keep the project going and helping others advance their projects through the supercomputing power the network provides.