Yuri Molchan
US Senator Pat Toomey has just spoken to CNBC's Squawk Box, saying that the SEC must provide clarity as to by which metrics they determine certain cryptos are securities 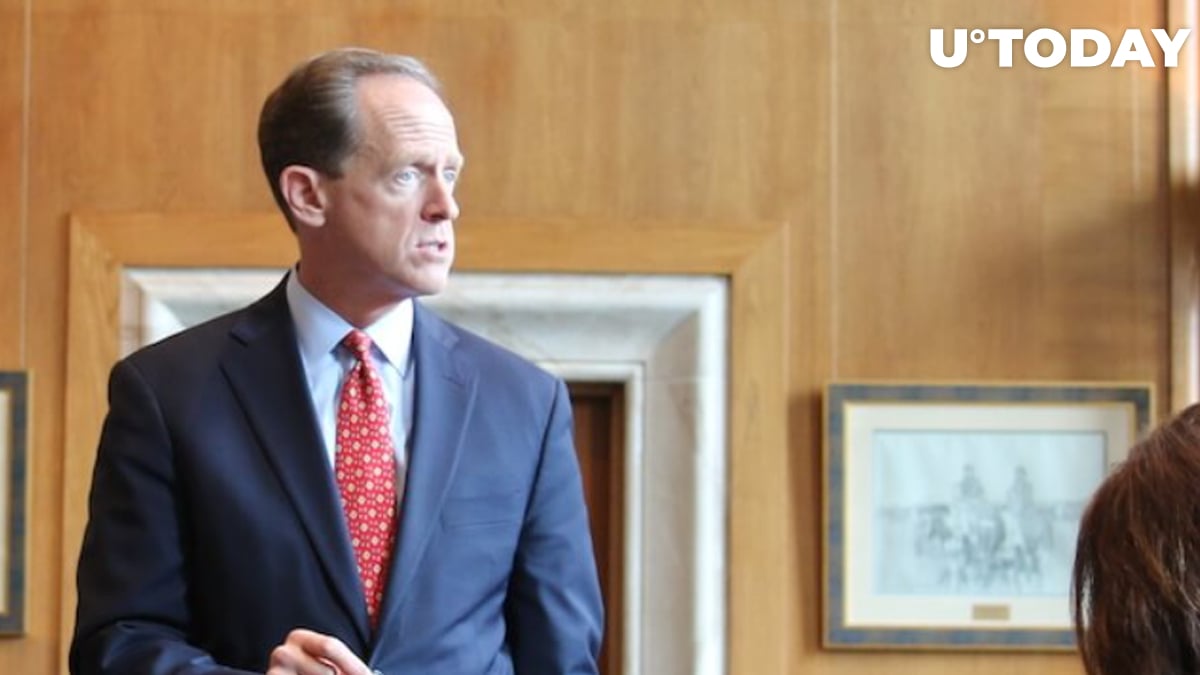 In a recent Squawk Box episode, Senator Pat Toomey called crypto a "really important and innovative new category of finance" and urged the SEC to explain what criteria they use to apply the securities law to cryptocurrencies, so that certain regulatory laws can be created.

"I'm not in the camp that thinks that there should never be any kind of regulation over any kind of #cryptocurrency ... but I do think there needs to be transparency and objectivity about what we're doing here," says @SenToomey on regulating #crypto #bitcoin pic.twitter.com/VhoCR0XLPd

The SEC only has power over securities, but apply it to crypto: Senator Toomey

Toomey mentioned the exchange of opinions he had with SEC chairman Gary Gensler on Tuesday, where he stated that the SEC has not laid out any clear guidelines as to which cryptocurrencies it believes to be securities. The agency's regulatory regime is limited to securities and the platforms that trade them, the senator reminded the CNBC audience. If certain cryptos are not securities, the senator pointed out, then the SEC does not have the power to regulate them.

BTC and ETH are not securities—but stablecoins are, Gensler says

The senator stated that Bitcoin and Ethereum are definitely not securities but look more like commodities. Toomey said that Gensler agrees with that. According to Toomey, Gensler views stablecoins as securities, but the senator himself believes they are not.

According to Toomey, stablecoins do not meet the legal test for what a security is.

Pat Toomey stated that he would very much like the regulatory agency to clarify which criteria and characteristics they use to decide if a cryptocurrency is a security. When this happens, the government will be able to enforce laws to regulate cryptocurrencies.

Toomey assured listeners that he is not calling against crypto regulation. However, he does want transparency and objectivity about the regulation of the crypto industry. So far, he says, the SEC is taking enforcement actions regarding crypto companies without having laid out how they use the current securities law to regulate cryptocurrencies.

The SEC has been in a legal war with Ripple Labs since December 2020, claiming that XRP is an unregistered security. In late 2020, it sued Ripple Labs, CEO Brad Garlinghouse and co-founder Chris Larsen for trading this asset.

Recently, the agency also threatened to sue Coinbase for its intention to launch a lending service to let customers earn yields on their crypto.

Perianne Boring, founder and president of the Chamber of Digital Commerce, made a similar statement earlier today on CNBC. She said that the industry needs clear and transparent regulations—rules that crypto companies would be able to comply with.

"We need clear and predictable guidance. Chair Gensler has stated multiple times that he believes the law is clear. That is not true," says @DigitalChamber's @PerianneDC. "I have yet to have one company say 'Yeah, we understand what the rules to the road are.'" pic.twitter.com/fLA4cqZqLm