Jingnan Huo
Despite controversy surrounding it, Telegram’s ICO has amassed more than $1.7 bln, according to the SEC file 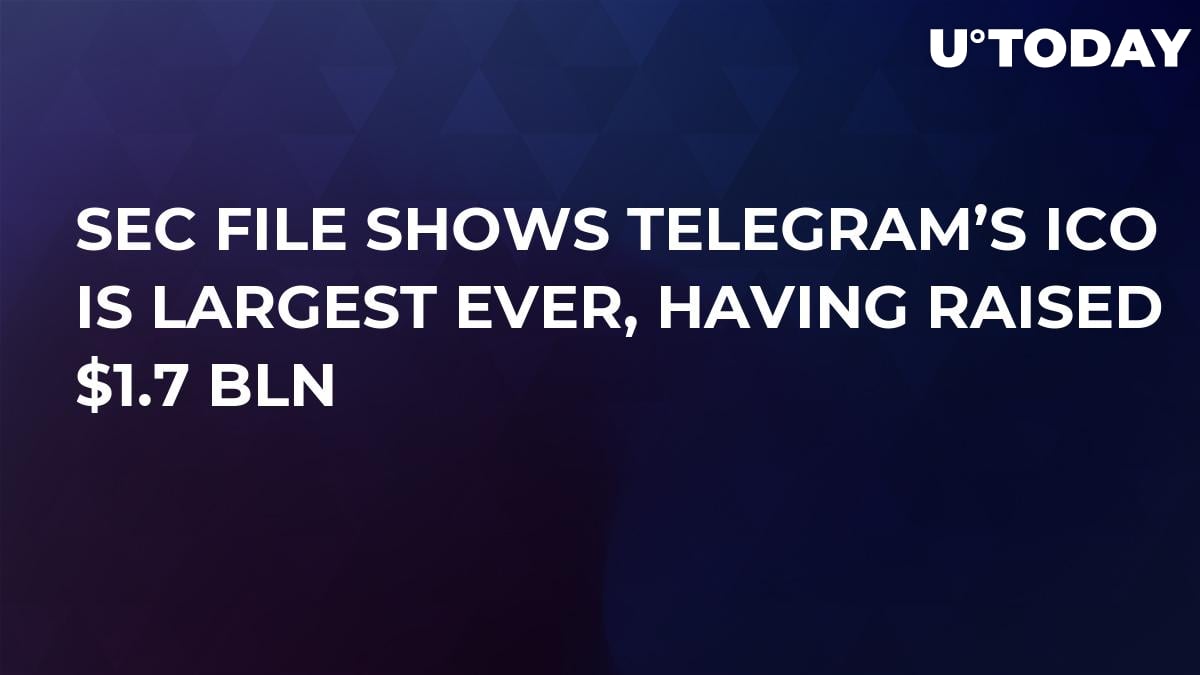 Despite doubts and controversies, Telegram’s ICO has amassed more than $1.7 bln dollars as of Thursday, a document filed with the US financial authorities reveals.

The company surpassed its $1.2 bln goal-already ambitious-and may seek to raise even more money in the future, the document shows.

The minimum amount of any outside investor was one million dollars, indicating that the investors are probably mostly wealthy individuals or institutions.

The company is using the Simple Agreement for Futures Tokens (SAFT) as a legal structure for the offering.

The investors invest in SAFT, which is a security, and gets the tokens as functional products when they are developed. The investors could then resell the tokens.

Since the tokens are technically products with a function, SAFT’s designers hope that the structure can prevent the issuing company from violating US securities law.

Blockchain technology is increasingly introduced into people's lives at all levels, from its implementation in mass payment systems based on instant messengers (XEM, TON) to state cryptocurrencies (PTR).