Russia Bans Telegram, Shuts Down an Important Network For Cryptos and ICOs 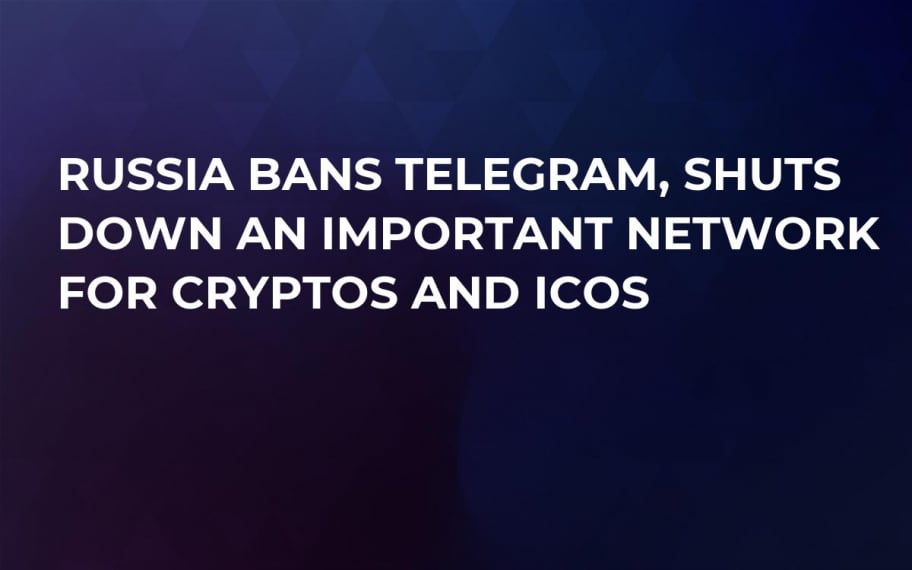 According to a local new source in Russia, Tass, the country has begun blocking messaging app Telegram because the company refused to hand over encryption keys used to scramble messages.

Telegram is an important tool for many in the cryptocurrency business, so much so that the company itself has begun taking its own steps into the digital currency world with an ICO of their own.

The banning of the app based on the fact that it refused to open up its privacy to the socialist country shows that the Russian regulators are trying to clamp down even further on freedom of expression in the controlling nation.

Russia has already got quite a rocky relationship with cryptocurrencies, especially with ICOs. The country has clamped down on the cryptocurrency market in recent times, banning access to Bitcoin exchanges and the likes.

Now, with ICOs and other cryptocurrency businesses already facing difficult times in operating, an important means of communication has been cut off to them. Many, if not all ICOs, now operate a communication channel or group through Telegram, so for those operating in Russia, they will now have difficulty using this.

This ban will also be problematic for Telegram, not only because it will lose a large portion if Russian business, but because its own ICO was heavily sponsored by Russian Oligarchs.

Telegram’s ICO which was offered to a much more exclusive list has also been shown to be one of the biggest and most successful if SEC files are to be believed. According to the SEC, the ICO from Telegram raised as much as $1.7 bln.

The band, which has apparently come around because Russia is trying to infiltrate terrorist messages, will affect a large portion of the population, involved in cryptocurrencies or not.

However, there are of course ways around the ban, with tools like VPNs and the sort able to scramble the location of a user so that they do not fall under the geographical block.