Roger Ver Claims Bitcoin Is Not Censorship-Resistant. Here's Why 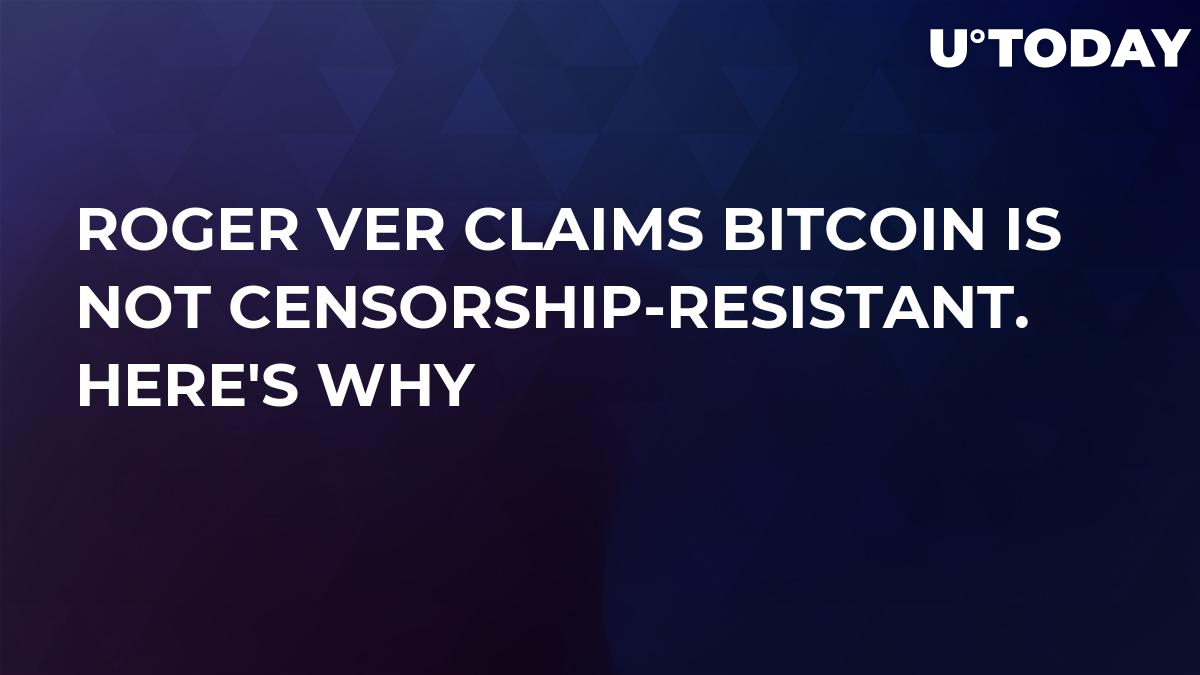 Roger Ver believes that Bitcoin is not censorship-resistant given that one has to convert it to government-controlled fiat money before spending it.

It’s not censorship resistant if you have to convert to fiat before you can spend it.#Bitcoin

In such a way, Ver, formerly known as "Bitcoin Jesus," highlights one of the main shortcomings of the cryptocurrency that started it all -- poor scalability. Due to a double-whammy of slow transactions and high volatility, Bitcoin can hardly act as a viable method of payments. This led to the creation of Bitcoin Cash, a hard fork that increases the block size from one megabyte to eight megabytes.

Ver was one of the earliest Bitcoin investors and later became an influential voice within the cryptocurrency community. However, the block size debate made him abandon the cryptocurrency that made him a fortune and turn to Bitcoin Cash due to its fast and cheap transactions that can be suitable for merchants. Back in August 2018, Ver revealed that BCH comprised the lion's share of his cryptocurrency portfolio, and he's now focused on expanding the list of retailers who accept Bitcoin Cash around the globe.

In fact, practically anyone can pay with Bitcoin in stores, but it's is only possible with apps such as Flexa's Spedn that allow instantly converting the orange coin to fiat money. Starbucks will also start accepting Bitcoin payments in 2020 via the Bakkt app, but the coffee giant will not touch actual BTC. Hence, it flies in the face of Bitcoin maximalists who believe that Bitcoin is the answer to government censorship.

As reported by U.Today, Ver also claimed that the growing "store-of-value" narrative that surrounds Bitcoin relies on its usefulness as a means of payment.