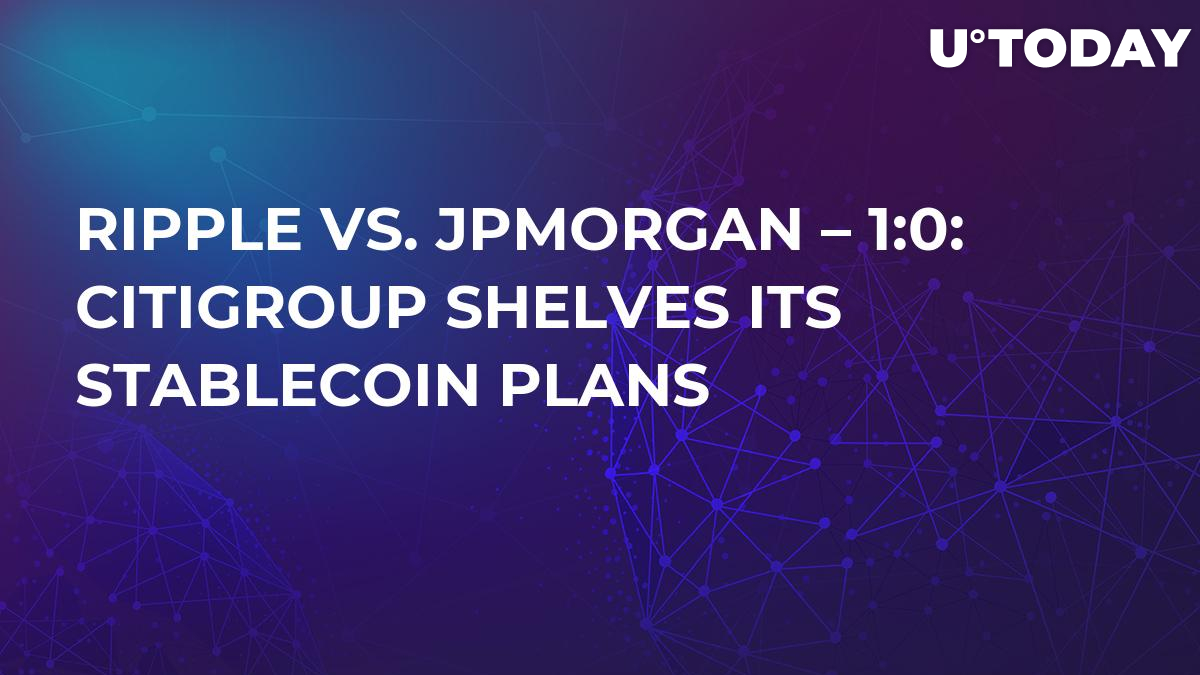 After JPMorgan produced a substantial amount of buzz with its dollar-pegged stablecoin, other big-name banks were expected to follow suit. That, however, might not be the case – Citigroup Inc., the third largest American bank by market capitalization, has revealed that its plans to issue a bank-backed cryptocurrency has been scrapped.

Related
Winklevoss Twins: Facebook Cryptocurrency Is ‘Cool’, Gemini Will Be as Successful as Amazon

Gulru Atak, the head of Citi's innovation lab, claims that it would need to connect all banks with the help of Blockchain in order to streamline global payment processes. They are looking for short-term results that couldn’t be achieved with the help of a stablecoin.

However, it doesn’t mean that Citi has completely given up on its Blockchain plans – Atak claims that the bank is currently exploring the disruptive technology, but they are careful about making any ‘bold’ public announcements. Bank of America (BofA), for instance, has the biggest amount of Blockchain-related patterns, so it makes perfect sense for Citi to work in that direction in order not to lag behind other banks.

That announcement certainly flies in the face of all proponents of the so-called ‘bank coins.’ According to Ripple CEO Brad Garlinghouse, there was no point in multiple banking institutions issuing their own stablecoins with their own set of rules. RippleNet actually creates a global system of banks for cross-border payments. Later, Garlinghouse also revealed that none of the US major banks, including Citi, were intending to use JPM Coin.