Alex Dovbnya
Changpeng Zhao says they ‘have nothing’ with Ripple so far, but they are already mulling over an xRapid partnership 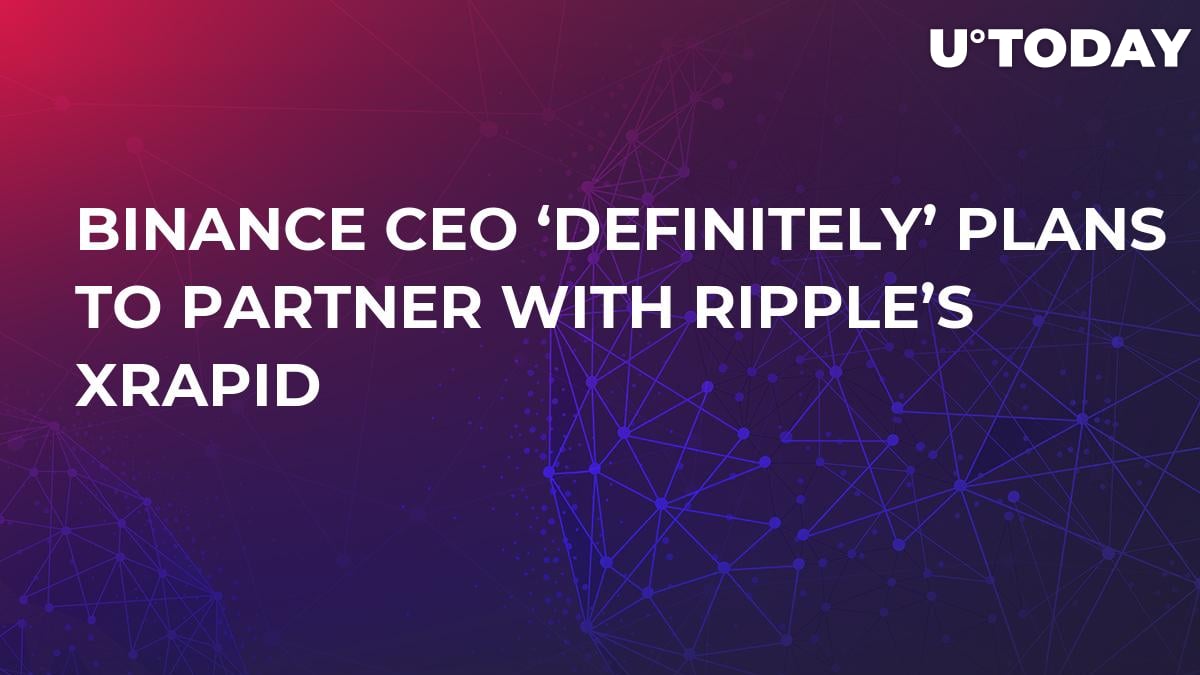 During a recent livestream, which was conducted via Twitter's Periscope application, Binance CEO Changpeng Zhao provided insights into a potential partnership with Ripple’s xRapid. However, at this point, it’s not certain whether CZ’s plans will eventually come to fruition given that the cooperation is still up in the air.

Focusing on other issues

Ostensibly, the two crypto behemoths haven’t started discussing the details of how Binance will boost Ripple’s brand-new payment solution xRapid. CZ reveals that the number one exchange by trading volume is currently focused on other issues, such as Binance Chain and the forthcoming BinanceDEX.

U.Today reminds that Binance made XRP its base currency back in December with a couple of other exchanges following suit. Hence, it’s not that far-fetched to suggest that the above-mentioned partnership could indeed happen in the nearest future. Some Twitter users even suggest that they are already working together, but CZ is playing coy.

Dude, even if he was working with them do you honeslty think he’s be like OH YA EVERYBODY. We’re going to tell you sensitive secret information! They don’t owe us ANYTHING. Stop asking for handouts. Invest your money, be confident in your choices.

So far, several other major exchanges, such as Bittrex and Bitso, teamed up with Ripple’s xRapid. The crucial difference between xRapid and xCurrent (Ripple’s previous-generation product) is that the former gives banks a possibility to conduct transactions by converting their local currencies to XRP and then converting it back to another fiat currency.