Yuri Molchan
⚡?Ripple has announced a cooperation with the global MoneyGram service, seeing its XRP rise 5 percent and giving Bitcoin hope to hit the $10,000 mark soon?? 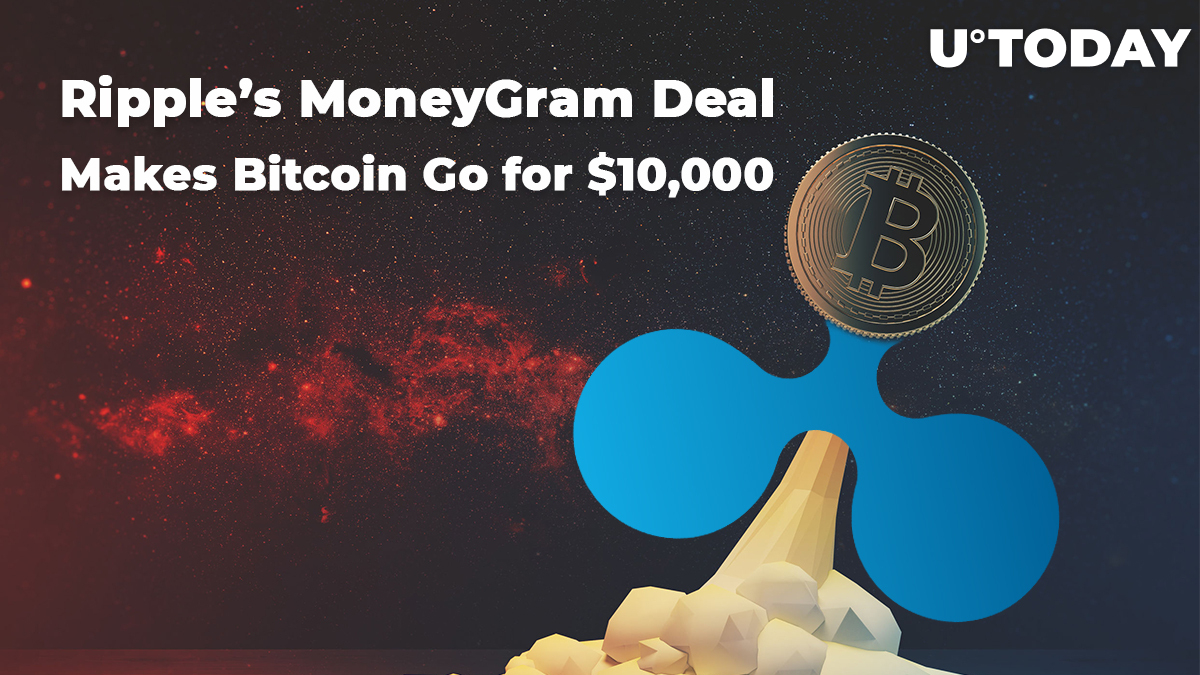 Just recently, Ripple has announced that it is entering into a partnership with MoneyGram, which U.Today reported earlier.

This news made XRP jump 5 percent and is pushing the Bitcoin price towards the $10,000 level.

An industry defining milestone: together, @MoneyGram and @Ripple are solving the challenges with cross-border payments using the speed and efficiency of #XRP. https://t.co/xIfeJJgSy7

MoneyGram sells 10% of its shares to Ripple

As per the deal, the global remittance giant is going to use Ripple’s technology xRapid for faster and cheaper money transfers. Besides, Ripple is buying about 10 percent of MoneyGram’s shares at $4.10 per unit.

MoneyGram says that by using xRapid, they will be able to conduct fast transfers 24/7 from USD to local currencies in various destinations.

XRP, Bitcoin are surging after the ‘crypto winter’

After the unfortunate 2018 year when the crypto market was under the heavy foot of bears, the major currency Bitcoin, as well as some others, including XRP, are showing big gains.

The thing with the Bitcoin price surge and the recent epic Ripple deal is about institutional investors becoming interested in crypto, and there are many more of them than retail investors or overall adoption.

Apart from financial institutions, Silicon Valley companies are also entering the industry. A good example of those is Facebook, which has launched a website for its crypto project Libra today, on June 18.