Ripple Works Indirectly with Paypal, Gets German HSBC and Xoom as Strategic Customers 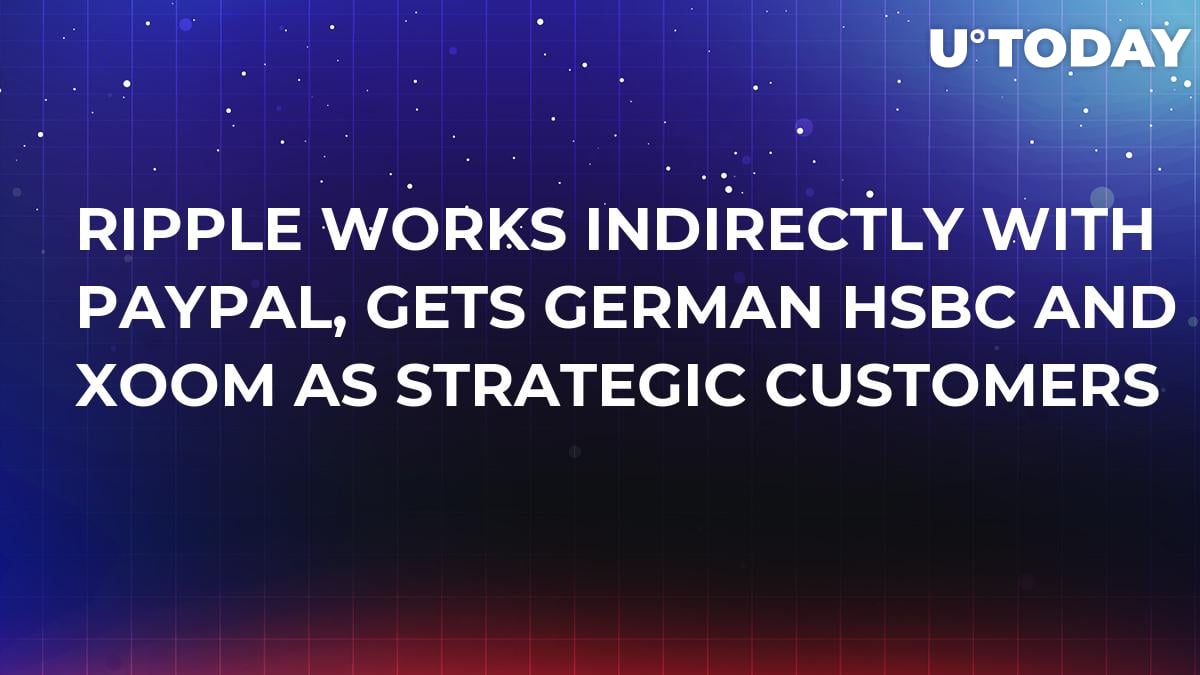 Just recently, an important member of the XRP community, XRPDarren, posted on his Twitter account an official PDF document from the site of HSBC (whose assets value totals 2.5 trillion) which proves that the Deutsche bank HSBC and Xoom are now both cooperating with Ripple.

It’s no secret that the Xoom payment service is owned by PayPal. Therefore, a curious conclusion is that Ripple and its conventional competitor, a monster of online payments, are now working together – unofficially and indirectly.

The aforementioned tweet can provoke the thought that Ripple has now obtained #1 global banks as customers for using its blockchain products and perhaps XRP in the future. HSBC and Bank of America hold a major stake in controlling the global banking system.

The third bank of this large scale is JP Morgan. However, there have been no direct reports that JP Morgan even has an intention to work with Ripple. Nonetheless, there are rumours about it, based on the fact that in 2018 over a dozen of the bank’s top executives went for a meeting held at the headquarters of Ripple.

Are Ripple products being integrated?

Besides, recently HSBC reps publicly spoke of the bank’s plans regarding blockchain and invested around $250 bln into the open ledger technology. That was announced back in late August 2018.

One of the advisory board members of HSBC is Chris Larsen (a Ripple co-founder). From the video that was posted in Twitter back then, the community concluded that the blockchain payment technology described by official bank reps sounded very much like Ripple’s xRapid.

Currently, Ripple keeps expanding its ecosystem, as long as XRP integration is moving on at a great pace. Binance as well as Bitrue have launched XRP as their base crypto and have already added new trading pairs with it. The Canadian CCXCanada exchange has also hinted at doing likewise, as U.Today reported earlier.

The only crypto startup that can be compared with Ripple here is the Tron Foundation, which has also been extremely active recently.

At press time, Coinmarketcap shows XRP trading at $0.3278. The asset seems to be firmly holding spot #2 on the top-ten list, with its market cap totalling $13 456 345 814. Ethereum is right behind it, and for a short while recently, Ethereum had managed to regain position #2, next to Bitcoin.