David Dinkins
Three months later, Lee’s decision to sell all his Litecoin looks prophetic. But it may have been a self-fulfilling prophecy. 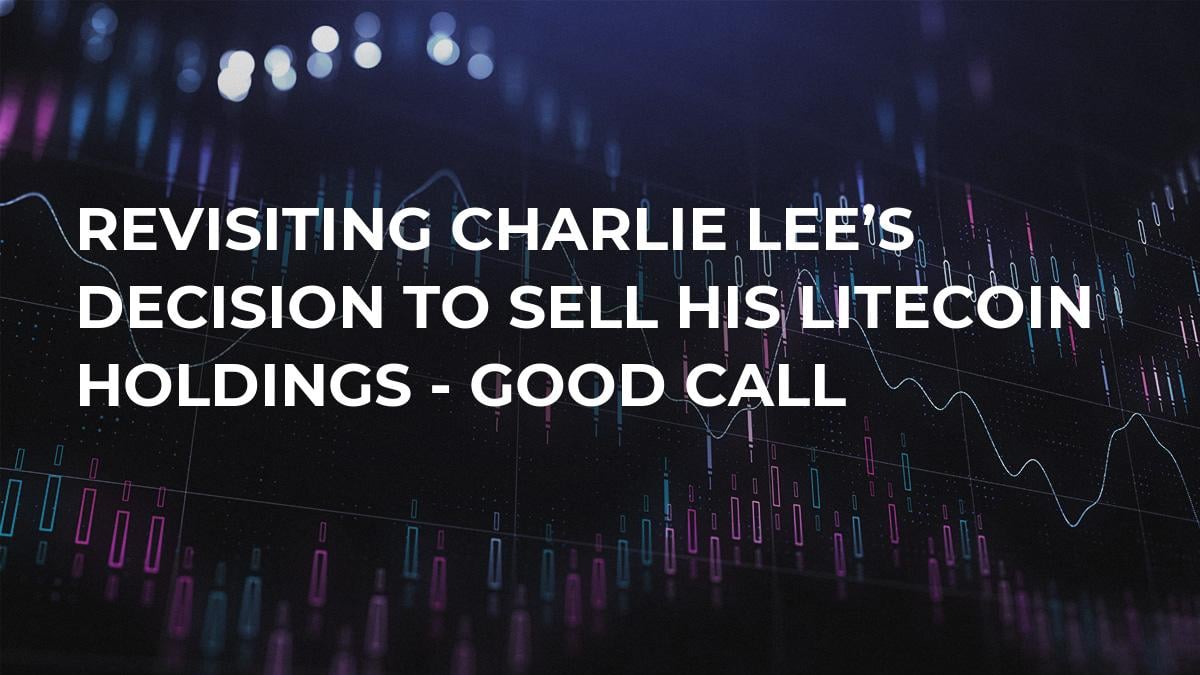 Litecoin founder Charlie Lee made headlines - both in crypto and mainstream media - when he announced on December 20, 2017 that he had sold all his Litecoins “over the past several days.” In retrospect, it looks like he sold the top, as the price of Litecoin peaked on December 18 at $359 per coin. At press time, Litecoin trades for $119.

Lee was quick to point out in a reddit post that he can’t be blamed for “crashing the price:”

“Please don’t ask me how many coins I sold or at what price. I can tell you that the amount of coins was a small percentage of GDAX’s daily volume and it did not crash the market.”

It should ordinarily give investors pause when the founder of a cryptocurrency suddenly announces that he’s selling all his coins. Indeed, a brave short seller would have make a fortune betting against Litecoin as soon as Lee made his announcement, as the currency has dropped by almost two-thirds. Of course, this decline isn’t specific to Litecoin, as the entire crypto market has dropped by a similar percentage.

Lee insisted that he wasn’t selling because he had lost faith in Litecoin, but that he wanted more freedom to state his mind without being accused of manipulating the market. Lee wrote:

“Whenever I tweet about Litecoin price or even just good or bads news, I get accused of doing it for personal benefit. Some people even think I short LTC! So in a sense, it is conflict of interest for me to hold LTC and tweet about it because I have so much influence.”

Despite selling all his Litecoin, Lee insisted he wasn’t leaving the Litecoin community and that there were other ways of “being rewarded” besides price appreciation.

Though some accused Lee of losing faith in Litecoin and selling all his holdings, others believe that he is just really good at calling the top of the market. Then again, when the founder of a currency sells all his coins, it could be argued that many people will see this is a loss of confidence in the project and will sell theirs too, bringing on a major downtrend.

Regardless of the reason for Litecoin’s decline, there is much bitterness among Litecoin holders that didn’t follow in Lee’s footsteps and are now wishing they did.

You sold at ATH because you knew price was about to tank, we get it.

You sold your creation at all time high and since it hasnt recovered and on top of that Litepay failed and then even on top of that you brag about direct competitor coin. Dude you suck. Simple is that.

Following the recent Litepay debacle, sentiment in the Litecoin community is at a low point. One user summed it up:

Bro instead of comforting people when litepays release was horrible and Litecoin value was plummeting. You tweeted how amazing another coin is. That is why everyone is upset. You don’t seem devoted to making Litecoin the best it can be.