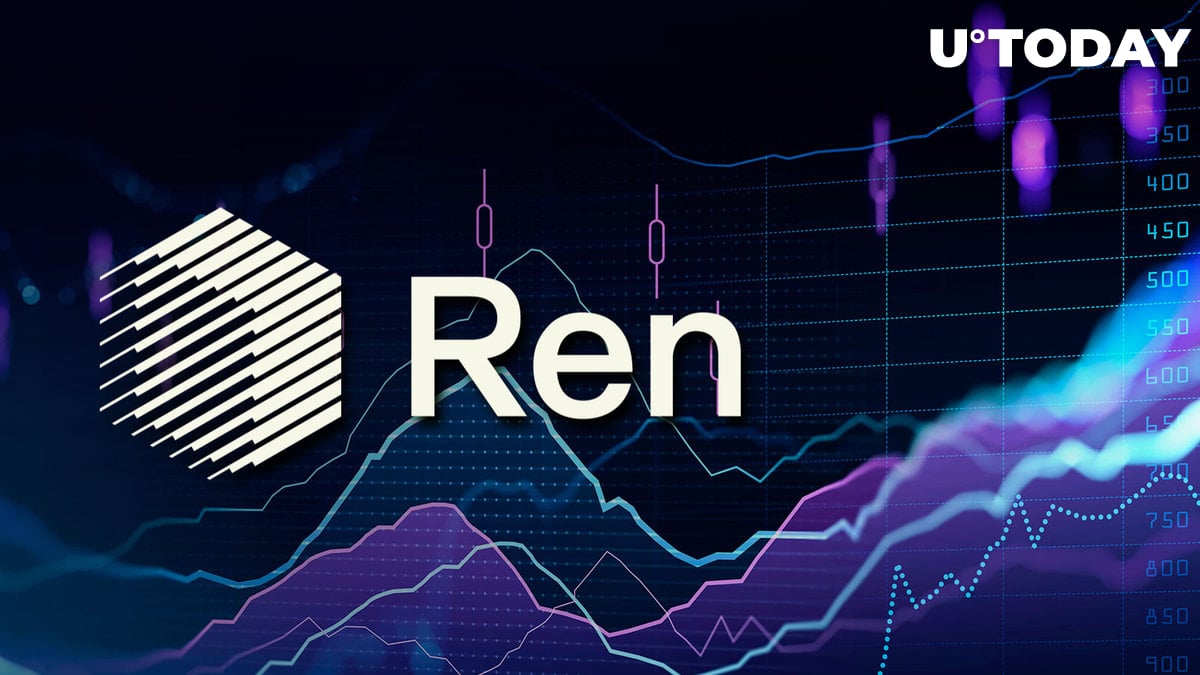 Cryptocurrency analyst who goes by @lookonchain on Twitter has shared observations about a recent spike of Ren Protocol's (REN) price and its tokenomics status.

Anonymous blockchain researcher @lookonchain took to Twitter to share the possible reasons behind a surprising 40% pump of the Ren Protocol (REN) price. The token jumped from $0.1 to almost $0.14 on major spot exchanges in less than three hours.

Rumors that @cz_binance will acquire @renprotocol led to an 26% increase in the price of $REN.

Here is a thread about Ren Protocol ( $REN). pic.twitter.com/ogzauQ93Lx

As such, Ren Protocol's REN showed the best performance out of all the top 150 assets on CoinMarketCap. The analyst is sure that the rumors about a possible acquisition of Ren Protocol (REN) by Binance, the largest cryptocurrency ecosystem, were the core trigger of this magnificent upsurge.

His followers shared a video of a stream with Kyros Labs, Binance Ventures, BNB Chain and Alameda Research from Nov. 24, 2022, that confirms the theory about the Binance acquisition.

By printing time, the REN price has undergone a correction: REN is changing hands at $0.1273 on major spot trading platforms, being 25% up in 24 hours.

Ren Protocol (REN) almost out of funding as Alameda collapsed

Ren Protocol (REN) is one of the olders DeFi protocols in Web3. It launched in 2017 as Republic Protocol. Ren Protocol (REN) pioneered a number of crucial concepts for Web3, including "dark pools" and B2B liquidity solutions.

As covered by U.Today previously, the Ren Protocol (REN) team has shared a statement informing users that with Alameda Research collapsing, it only has enough funding for five weeks of operations.

Related
Ren Protocol (REN) 'Only Has Funding' for Five Weeks Left, Here's Why

To save the development, Ren engineers announced an extra funding round and decided to make governance processes decentralized and community-driven.