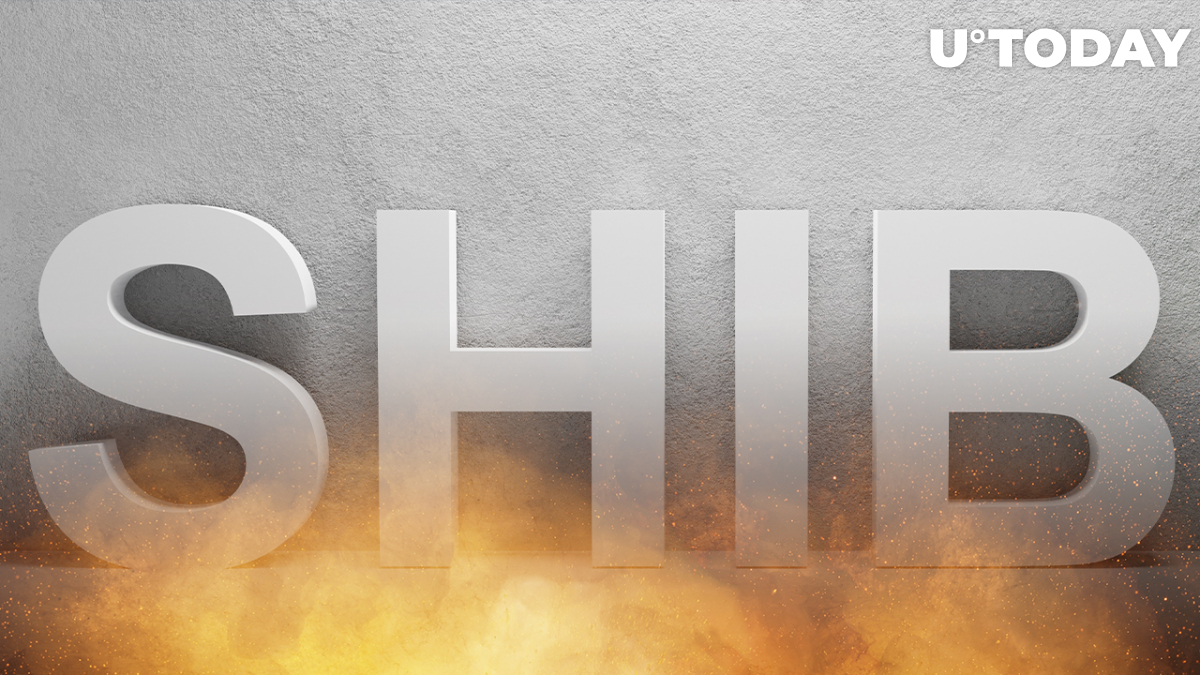 A recently published tweet reveals that a whopping 25 billion SHIB have been burned by the newly launched burn.shibaswap portal within just two weeks since it began operating.

As for the past 24 hours, a total of nearly 290 million Shiba have been sent to dead-end wallets to be locked there for good.

The recently launched burn portal has been operating for roughly 14 days now, showing impressive results for the SHIB army. Within these two weeks, a total of 25 billion canine tokens have been moved to unspendable wallets.

A total of 25 billion Shiba Inu equal $496,500. On Saturday, April 30, the amount of destroyed Shiba tokens was 20 billion; this many Shib were gone within the first week of the portal's operation.

In the second week, the amount of burned Shiba rose by another five billion incinerated tokens. Burning is basically removing coins from the circulating supply as coins get locked in wallets from where they cannot be spent or withdrawn in any other manner.

The goal of this process is reducing the circulating supply to the moment where it becomes so scarce that its price starts going up.

Beyond that, a large amount of meme tokens has been removed, according to a recent tweet by @shibburn tracker of burn transactions related to Shiba Inu. A cumulative 288,386,480 Shiba have been sent to "inferno" wallets by various individuals and enterprises that burn Shiba Inu.

In other news, legendary fashion design company Gucci has announced that it has begun accepting cryptocurrencies—Bitcoin and other coins, including meme tokens Dogecoin and Shiba Inu.

In the past 24 hours, there have been a total of 288,386,480 $SHIB tokens burned and 48 transactions. Visit https://t.co/t0eRMnyZel to view the overall total of #SHIB tokens burned, circulating supply, and more. #shibarmy

Getting swept by the massive bloodbath caused by the Bitcoin price plunge, SHIB has lost another important level of $0.0002 and plunged over 7% in the past 24 hours.

At the time of writing, it is trading at $0.00001983 per token, per CoinMarketCap. The Bitcoin price fall has been caused by the recently announced interest rate hike of half a basis point, the biggest increase in 22 years, in an attempt to mitigate the rapidly growing inflation.

Stocks have been falling on the Nasdaq 100, S&P 500 and others, with Bitcoin and the whole crypto market following suit.