Will ICO of “Most Successful Project of Russian Intelligence” be Affected by Russia’s Ban? 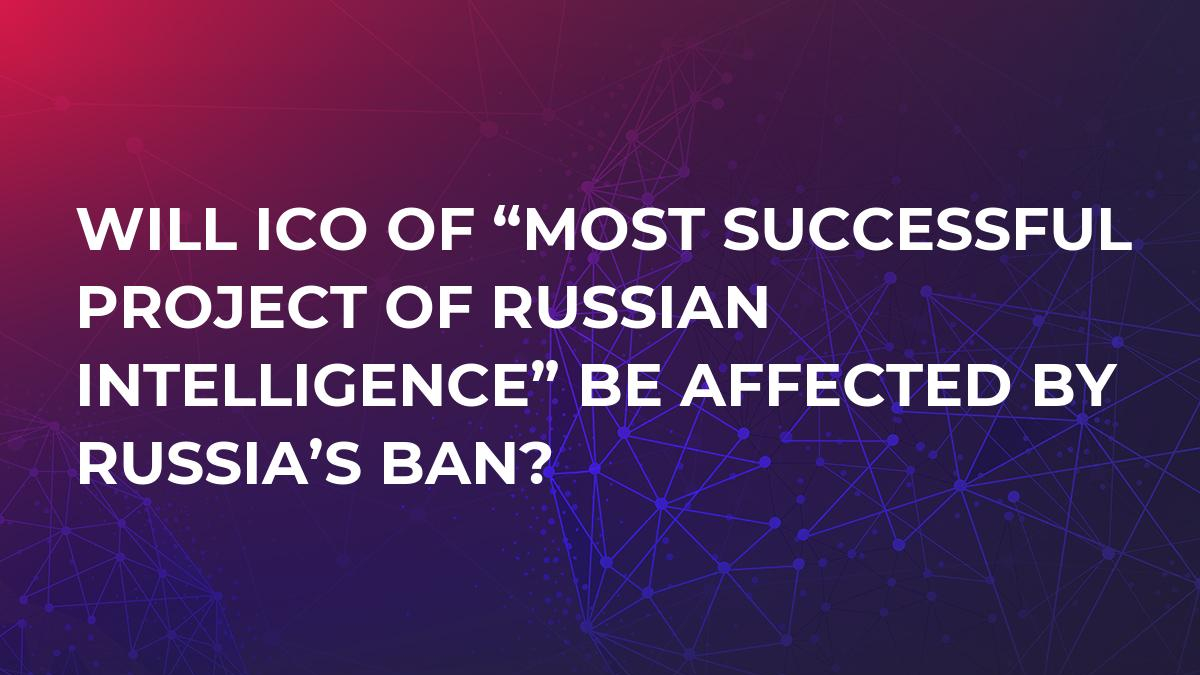 Following Telegram’s refusal to disclose encryption keys to Russia’s law enforcement agencies, the messenger has been effectively banned in Russia by a court order. The ban will most probably start to be enforced on Monday, April 16 as Russian network operators adjust their settings.

Should Telegram ICO pre-sale investors be worried? What would be the effect of the ban on the upcoming Telegram ICO? Will the ban affect the global ICO community?

In my humble opinion, all answers are outright “no.” Telegram’s ICO will survive the Russian ban without any trouble worthy of the name.

First, Russia’s share of active Telegram users isn’t that great. In January 2017, according to the Russian press, some six percent of the platform users were Russian residents/citizens.

2017 has been marked by an explosion of Russian-language Telegram media, that compensated for the lack of the freedom of expression in Russia, and became a cultural phenomenon in a country, where all influential media are controlled by the regime.

Expert polls published in March 2018 shown that some 12 percent of Russians, used Telegram; that gives us an estimate of some 11 mln active Russian users in Telegram as of March 2018, so the ratio of five to six percent of the total user base being Russian, is apparently maintained.

If the ban is 100 percent effective (and that’s a big “if!”), and Telegram loses its entire Russian user base, it won’t affect TON network projections in a significant manner. Telegram is far from being the most popular messenger platform in Russia. After all, Russia’s entire population is less than two percent of the global.

The ban could be circumvented

Second, the ban is hardly enforceable. Telegram founder, Mr. Pavel Durov already stated that the messenger will use its “built-in mechanisms” to circumvent the block so that most users won’t even have to figure out VPNs or proxies. Also, a spike of interest to internet-privacy and anonymity is reported in Russia, as a result of the ban, so that users will take their countermeasures, too.

Third, the ban won’t affect ICO community worldwide. Telegram has “tens of thousands” of servers worldwide, and it is not incorporated in Russia. It is true that many notable persons of the crypto-scene are Russians, and reside in Russia, and use Telegram, but it is unlikely that they, of all others, would be cut off.

Fourth, the ban won’t affect Telegram team. Even that Mr. Durov is a Russian citizen, he also holds a second passport of Carribean microstate St. Kitts and Nevis and is said to reside in Dubai.

Fifth, it is hardly possible that “Russian oligarchs” (many wealthy Russian entrepreneurs, including a well-known tech investor Boris Milner, allegedly participated in TON pre-sale) would withdraw from the project. Even if they do, they’d have to sell their digital assets at a loss. It may affect TON exchange rate in the short term, but longer-term consequences would hardly be substantial.

On the contrary, in a bid to protect their investment, these persons of influence may rather broker a deal between Russia’s intelligence services and Telegram, and the ban will be lifted eventually.

The entire persecution may be staged

Finally, there are voices in Russia who openly doubt the validity of the presumed feud between Telegram and the Russian government.

Mr. Lebedev claimed the entire project might be a honeypot designed by FSB specifically to gather everyone with something to hide in one place - and then watch it.

In January 2018, Mr. Lebedev wrote in his Telegram channel, as quoted by Inc. Magazine Russia.:

“I want to shake their hands to congratulate them [Russia’s intelligence services] that they’ve finally managed to create a real, international, non-pathetic product that works, and is not associated with them. I have no doubt whatsoever that EVERYTHING in Telegram is monitored by the people who has a need for that.”

“I am proud of this achievement, Lebedev goes on. “All they’ve had to do was to fabricate an image of martyr for Telegram’s creator, who voluntarily sold his controlling stake in his previous project and went abroad for good. And yet everybody thinks somehow that he’s persecuted by the FSB. And FSB, with a menacing grimace, fines his service for like 50,000 rubles ($800) two times a year for noncompliance with some line that of subparagraph this of the second footnote of article three of some law.”

The Russian court fined Telegram 800,000 rubles (around $12,000) for refusing to disclose users’ personal details on a subpoena.

Anyway, be the Telegram persecution real or staged, it is immaterial for TON ICO perspectives: its success will depend on the tech, marketing, and user base. Russia’s ban doesn’t affect any of these significantly.

But we’ll keep watching TON for you anyway.