Eric Eissler
It will be an odyssey to take on the shared economy of things, there are already multiple players inside and outside the cryptosphere 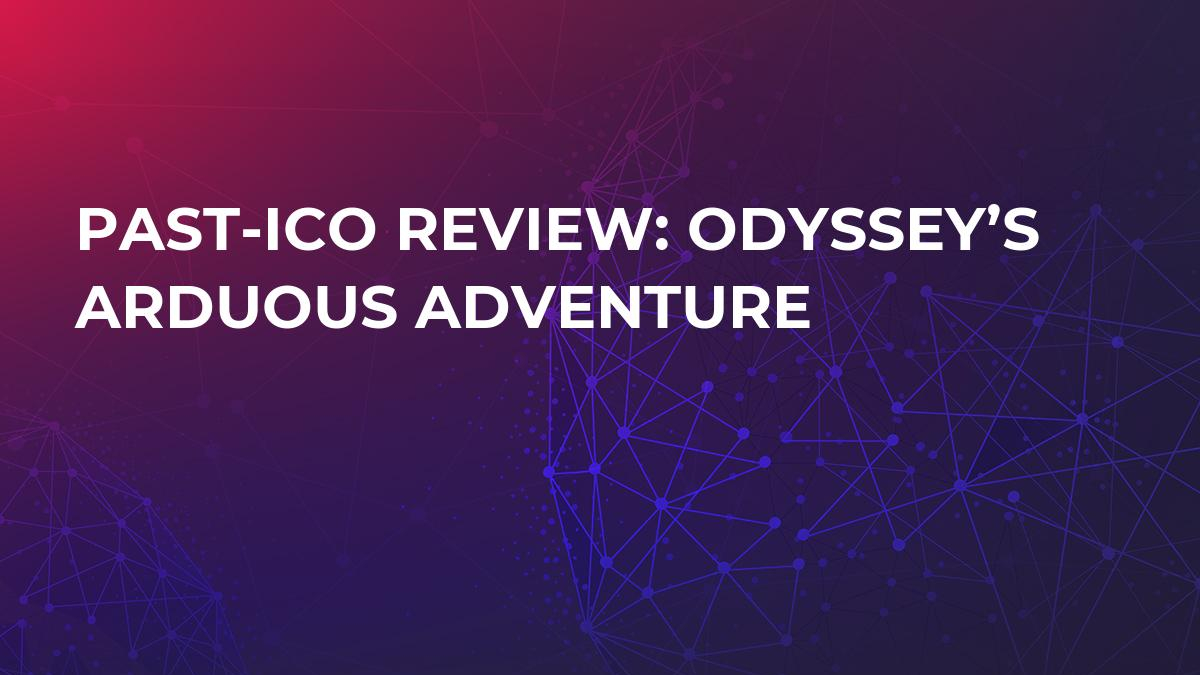 Odyssey wants to take a stake in the shared economy of things, where ownership of objects is not owned by one but by many. Uber, Lyft, AirBnB, these are just some of the companies that make up the shared economy of things. Odyssey wants to use Blockchain to create better networks of sharing platforms which are more decentralized. Odyssey has a long way to go, with a target date of full systems operational somewhere by October 2019 or 2021 according to the roadmap.

Odyssey raised $50 mln in a one-day token sale and has had much hype around the token. The token was offered to the public markets a day after the ICO ended and skyrocketed up from $0.02 to almost $1.00 in four days! However, the glory was not had long, after peaking close to one dollar Odyssey fell back to just above its entry price four days later. Now, the current price is next to nothing at $0.003215, at the time of writing. The market cap is at $15.2 mln and there are 4.75 bln tokens in circulation out of 10 bln total.

The team behind Odyssey is obscured and only the two primary advisors Yi Shi and Justin Sun are listed on the site. Yi Shi is the CEO of Shanghai’s Avazu Holding, while Justin Sun is behind Tron coin. Advisors are one thing, but not listing the team is a major red flag. Usually, information about the team is transparent because these companies want people to invest in them and given all the scams that have been associated with ICOs and crypto, people tend to shy away from companies where the team is not visible. However, this did not stop the investors, considering the ICO raised $50 mln.

There are some 40,000 followers on Telegram and more than 100,000 on Twitter, so there is a good base of people who are interested in the company and what it wants to do. Recently, according to a tweet the wallet and payment system is now live.

According to the website, the system functions on ratings and rewards for services provided. Therefore, it will be the service provider and his/her interactions with providing clients service that to a level that is satisfactory will allow this person to carry on their work and be known for doing a good or bad job. Obviously, people who do will be recommended and rewarded, whereas poor performers will not, and eventually (author’s guess) be removed from the system. Competition for this type of service is already high both in and out of the cryptosphere. Odyssey has the cards stacked against them in terms of already existing competition and a long way to launching a product.

Related
Everything As a Service Without a Clear Roadmap: Past-ICO Review