Eric Eissler
A platform tries to improve the global freelance payments industry, but does it pay off? 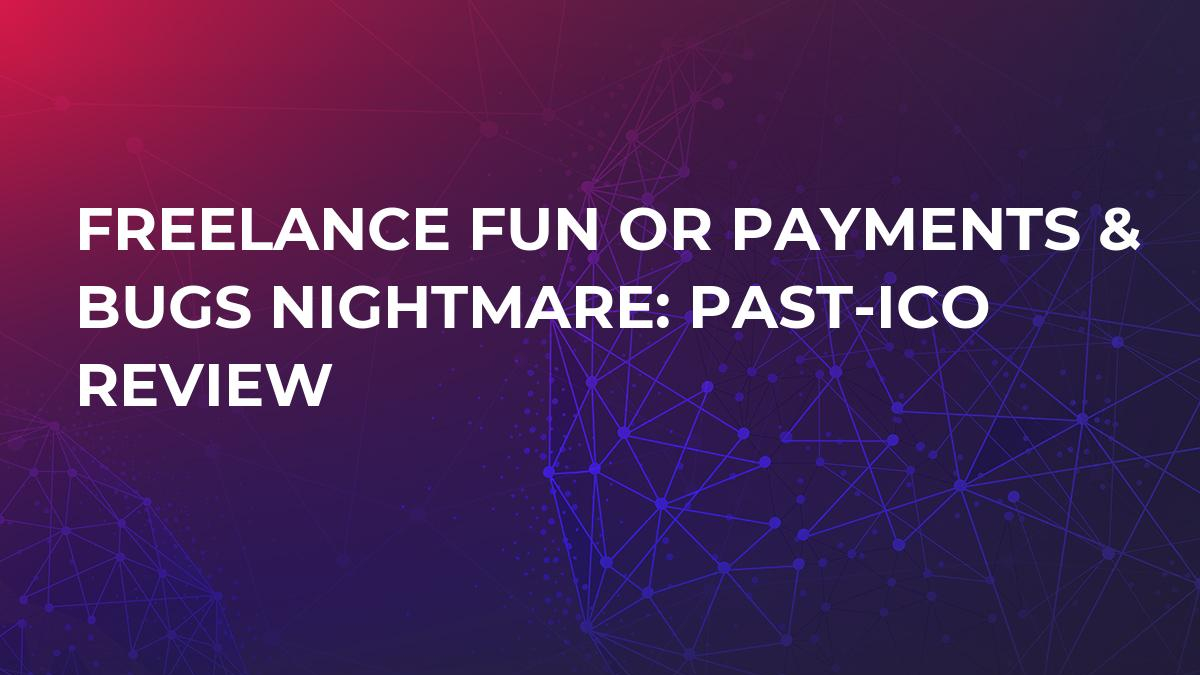 BitMaker rebranded as Storm, the platform that allows users to earn cryptocurrency for doing posted tasks. They are taking on the global freelancer market to reduce fees and middlemen that eat into the profits of freelancers.

Storm has developed a platform that allows users to do tasks at any given time, on the train, at home, waiting for a friend, etc. However, the more that I read into this, the more it looks like its only micro-tasks such as mechanical turks. Is the work worth it?

There is a total supply of 10 bln Storm tokens with 4.5 bln in circulation currently.

Daily trade volume is around $2.5 mln. STORM tokens are ERC20, which are used for transactions within a secure and gamified marketplace. These tokens will run by Blockchain-based smart contracts on Ethereum.

Yu took a $100 loan to create a successful food truck business earning more than $500,000 annually. Yu has worked in finance at several large banks, had a short stint at Amazon and has a keen interest in Blockchain and cryptocurrency.

Yu has more than 20 years experience within the business world. She has successfully several companies of her own.

Child has more than 18 years of experience in software engineering in the greater Seattle area. Child previously served in engineering roles at Electronics Diversified, Leviton, Intel, and General Electric, as well as an entrepreneur, founder, and director of engineering of Perceivit.

Shihara is the president and founder of Bittrex exchange, he has had a long and vested interest in Storm.

I wanted to learn more about the platform how it works and why there are so many complaints on the GooglePlay store. Such as the following:

Major.Jacobs said: “Not impressed with support staff and the basic bot system used to respond to users. Obviously the app is looking to maximize short-term yield with little promise of a future business with a steady user. Don’t make my mistakes and waste time, time is money and none of that is well spent here. 1/5 Wouldn’t tell a friend. SCAM.”

“Some tasks pay but have hit a few that don't and support never answered even after 30 days. So it's about 50/50 chance you'll waste your time and they still get paid by their advertisers I'm sure. So while not as bad as some of the apps out there, it's not the best.”

StormX Team Replied in a typical apologetic way: “Sorry to hear that. If you have sent the "missing bolts" or the email about the missing rewards, you just need to wait for the acknowledgment from our dedicated team. Investigations may take longer as we need to coordinate with our Tech and Monitoring Team. You will be notified once your case has been concluded. Thanks.” The above was similar to many other replies that were given to other users complaining of issues.

Writing on the wall

Tanking token price and many complaints on the GooglePlay, Store tells a story of platform that needs to be restructured and bugs fixed. But are the micro-tasks worth the micro money and the macro headaches that come with it in order to get paid? Probably not.