Envion the Enron of the Cryptosphere: Past-ICO Review

Eric Eissler
CEO creates a wealth of additional tokens and passes them to a friend and his wife, who then become the majority token holders with 61 percent of the shares 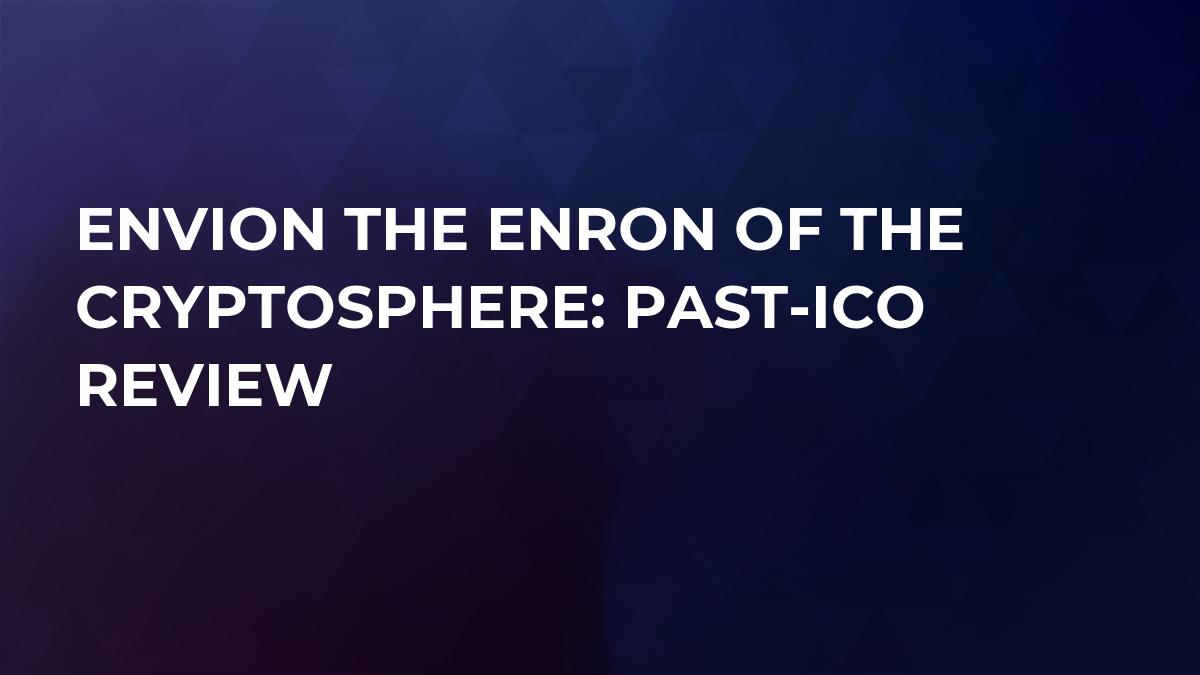 It’s rather fitting that these companies both have names beginning with En, in fact it is wildly ironic. Mathias Woestmann is or was the CEO of Envion, a company that promised to use excess power from solar grids to create decentralized mining rigs for crypto. There is a snazzy video of them drop-shipping shipping containers full of rigs at some solar panel energy farms.

Woestmann created an illegal capital increase without the founders’ knowledge, which, in turn, diluted the founders’ ownership down to a 31 percent minority share- now Woestmann’s friends have the majority stake and can make decisions without any checks or balances. New shares created via the capital increase were given to Sycamore GmbH, a company owned by Woestmann’s longtime friend Thomas van Aubel and his wife Jutta Freifrau von Falkenhausen. The judges ruled that van Aubel and von Falkenhausen knowingly acted illegally by receiving shares and share responsibility for the serious consequences to the founders.

The founders’ spokesman Michael Luckow commented on the case by stating the following:

Van Aubel and his wife, Jutta von Falkenhausen, are clearly behind the Envion coup. Woestmann is just a henchman, a lackey. Woestmann finally admits in his press release precisely what van Aubel tried to cover up, even in court, that van Aubel had the company hijacked by his friend Matthias Woestmann at the expense of investors who have now lost a lot of money. Woestmann and van Aubel have thereby destroyed a lot of investors’ capital.

In June, a German court stated that the dilution of the founders’ majority ownership, resulting from a capital raise executed by Woestmann, was an illegal breach of contract, calling van Aubel and von Falkenhausen’s complicity both “immoral” and “especially reprehensible.”

The financials- should you really care at this point?

Envion raised more than $100 mln during its ICO in from Dec. 15, 2017 to Jan. 17, 2018. The token entered public trading at $1.09 in February 2018 and dropped like a rock to $0.07. While the company had a kind-of-novel idea, it was never really that well thought out and never had a chance. The big scam and fraudulent creation and transfer of tokens to new majority holders don’t give much of a chance to do anything else but add another fraudulent soap story to the crypto storybook of scams and major failures.