Alex Dovbnya
Nobel-winning economist Nouriel Roubini has seemingly warmed up to Bitcoin, claiming that it could serve as a partial store of value 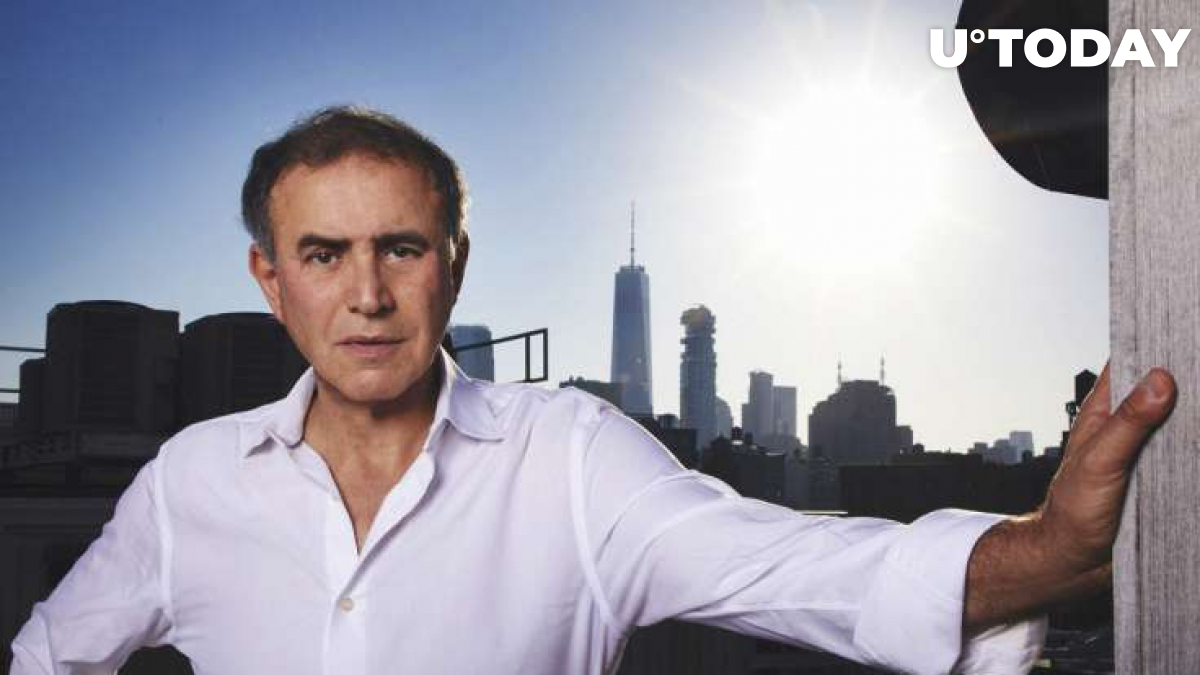 Prominent economist Nouriel Roubini has begrudgingly recognized Bitcoin as a “partial” store of value during his recent interview with Yahoo! Finance:

“It may be a partial store of value because unlike thousands others (what I call s***coins) it cannot be so easily debased because there is at least an algorithm that decides how much the supply of Bitcoin raises over time.”

He adds that most altcoins are literally worse that the U.S. Federal Reserve, which is a popular talking point of Bitcoin maximalists who take a significant amount of pride in the cryptocurrency's hard-capped 21 mln supply.

Make no mistake — “Dr. Doom” remains very critical of crypto and he doesn’t even consider it a currency.

Roubini describes the very term “cryptocurrency” as a “misnomer” since it cannot function as a unit of account.

He went on to criticize Bitcoin’s lack of scalability — its five transactions per second pale in comparison to Visa’s 25,000.

Finally, Roubini took aim at the coin’s volatility that prevents it from being a full-pledged.

Still, by distancing Bitcoin from thousands of altcoins, Roubini might be finally changing his tune.

The threat of CBDCs

Roubini — who was ridiculing Bitcoin when it was trading below $60 in April 2013 — now predicts that central bank digital currencies (CBDCs) are going to make crypto obsolete:

While multiple major economies are rushing to roll out CBDCs, Binance CEO Changpeng Zhao described them as “restricted” in an October interview.