Musk Named Person of the Year, SHIB More Popular Than XRP and ADA in Australia, 127.3 Million XRP on the Move: Crypto News Digest by U.Today 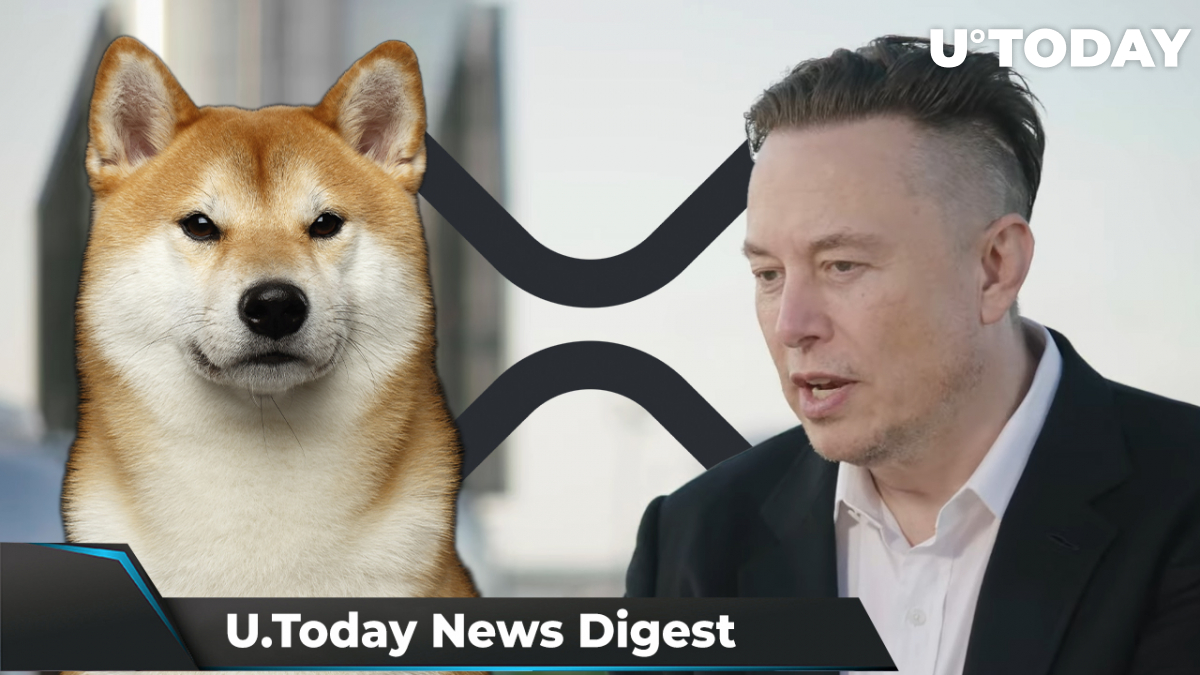 Here are the top four stories over the past day presented to you by U.Today:

If you have already seen Elon Musk’s photo on the cover of Time Magazine, it is for a reason: one of the biggest magazines in the U.S. has named the Tesla CEO the person of the year. In 2021, Musk has shown himself to be a jack of all trades, being actively involved in the crypto industry, “space race” and political drama. He made Tesla accept Bitcoin for car purchases, causing the BTC price to surge, his SpaceX is working on its biggest rocket to date - competing with Jeff Bezos - and he took shots at many politicians, even including Joe Biden.

In his recent interview with Time Magazine, Musk said that Dogecoin is better suited for transactions than Bitcoin, explaining that the meme coin's inflation actually decreases with time.

Shiba Inu is more popular than XRP and Cardano in Australia

A recent survey published by Saxo Markets shows that, in Australia, Shiba Inu is better known than XRP and Cardano. Five percent of Aussies have heard about the meme coin, whereas 3% and 2% of them know about the other two cryptocurrencies, respectively. As for the top cryptocurrencies, the first four places on the list were taken by Bitcoin (with 38% of the survey participants recognizing the flagship coin), Ethereum, Binance Coin and Dogecoin.

Previously, Treasurer Josh Frydenberg intended to present Australia’s answer to Silicon Valley to the world, revealing that the Reserve Bank of Australia had started doing research on a central bank digital currency (CBDC).

Yesterday, according to WhaleAlert, two top-tier South Korean exchanges, Bithumb and Coinone, were detected performing four large XRP transactions. Bithumb moved XRP lumps worth 112 million coins in total, while Coinone shifted 13,344,236 XRP. All four transactions were made between the internal wallets of the exchange. Apart from that, Santiment data demonstrates an increase in XRP address activity, which is a positive sign for the Ripple-affiliated coin.

Abu Dhabi’s state-owned fund Mubadala Investment Capital, which has $243 billion in assets under management, is reported to be putting money into the cryptocurrency ecosystem. Not a crypto skeptic, Mubadala’s boss, Khaldoon al-Mubarak, believes that the technology is “real,” claiming that cryptocurrency regulations are not yet finalized and that the current regulatory environment will have to change. Only this way, he says, will cryptocurrency be able to transition into “something new” as an asset class.