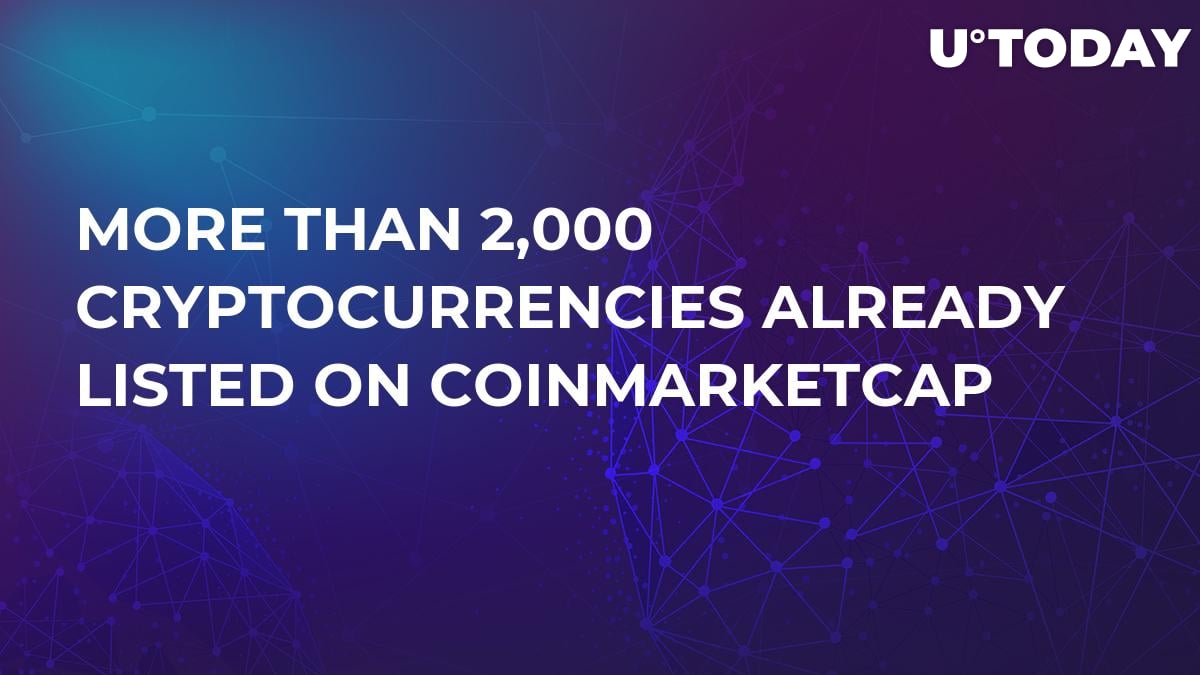 A leading crypto tracking site CoinMarketCap has recently listed its 2,000th coin. At the time of writing this article, there are already 2,008 digital assets on CMC.

Related
McDonald's Presents Own Coin, But Do Not Expect to Find It On CoinMarketCap

A major milestone has been reached

The fact that investors seemingly feel disgruntled about the failing ICOs, 70 percent of which fail to surpass their initial valuation, didn’t take a toll on the actual number of coins as the number of cryptocurrencies on CMC has already surpassed 2,000. To put this into perspective, a whopping number of 600 new coins have already appeared in 2018 despite the brutal crypto rout. In October 2017, for example, there were only 686 coins in circulation.

According to CMC’s FAQ section, each token has to meet certain criteria in order to be listed on this platform. A cryptocurrency or a crypto token has to be available on any public exchange with a trading volume that exceeds zero. On top of that, it is mandatory to report circulation supply since it determined the coin’s ranking.

Bitcoin still rules the roost, but altcoins are growing stronger

Since the very inception of CMC, Bitcoin, the world’s first decentralized digital currency, firmly holds first place with a huge lead. However, its share of the overall market has been dwindling for quite a while. Back in May 2013, Bitcoin dominance was at nearly 95 percent. Right now, it barely exceeds 50 percent of the total market capitalization following the recent revival of altcoins.

However, the majority of these altcoins still remain pretty much worthless as a recent Diar report reveals that, apart from top five biggest cryptocurrencies and stablecoins, all altcoins have a total value of $35 mln (while the total market cap is currently sitting at $221 bln). Another peculiar revelation is that out of the top 10 coins that were listed on CMC in May 2013 are nowhere to be found anymore.

Still, the growing number of new projects is a good message for standoffish crypto defeatists that the industry isn’t going to fade away anytime soon.