Alex Dovbnya
Mike Novogratz expects Bitcoin to eclipse gold in a few years. Will this be an actual flippening? 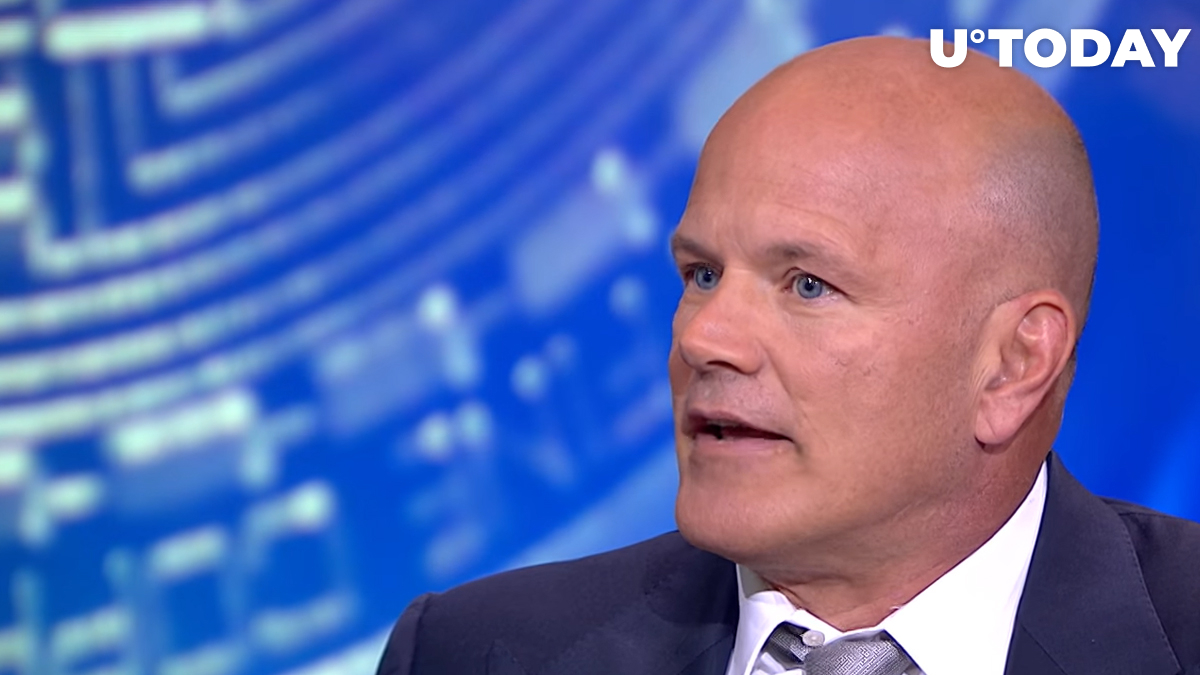 During his Oct. 7 appearance on CNBC, Galaxy Digital CEO Mike Novogratz predicted that the market cap of Bitcoin would surpass that of gold in a few years:

I think it will continue to be adopted, and it will take more and more of gold’s market cap. Right now, it is about 12% of gold. I think it will get to 100% over a few years.

As reported by U.Today, the market cap of the bellwether cryptocurrency reclaimed the $1 trillion mark on Oct. 6.

As for Ethereum, the cryptocurrency mogul says that the second-largest cryptocurrency will have to compete with the likes of Solana, Algorand and other cryptocurrencies that are part of the technology play.

Novogratz is also certain that America's securities regulator will approve both Bitcoin and Ethereum ETFs, but he refrained from making specific predictions about when this will become a reality:

I do think will finally get off the stick and we will have a U.S. ETF in both Bitcoin and Ethereum. I am not exactly sure when. Wish I had a silver ball.

Related
Ripple Rival Stellar Inks Partnership with MoneyGram
Galaxy Digital filed for a Bitcoin futures ETF in mid-August. Prior to that, it also submitted a prospectus for a physically-backed Bitcoin ETF in April.

Eric Balchunas, Bloomberg's senior ETF strategist, thinks that there is a high chance of a futures-based Bitcoin ETF registered under the Investment Company Act of 1940 being greenlit as early as this October.

As reported by U.Today, some analysts suggested that the massive buying that took place on CME Group on Oct. 7 might indicate that traders are front-running a forthcoming approval.
#Bitcoin News #Mike Novogratz