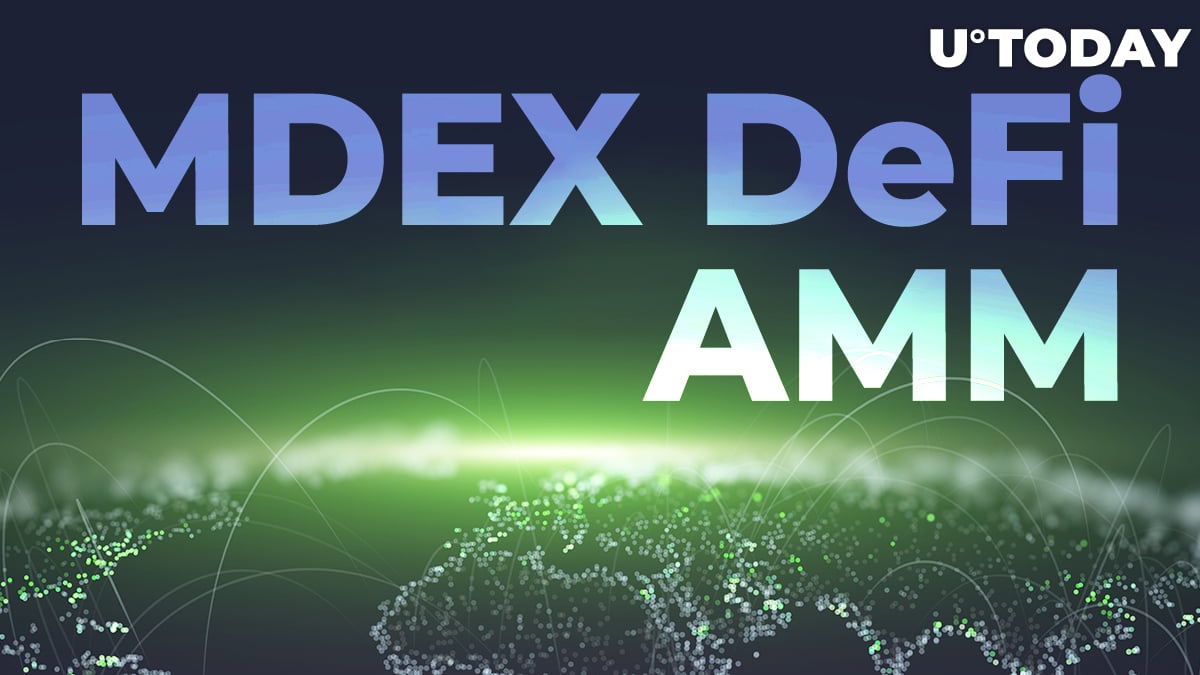 MDEX is an ecosystem of decentralized finance protocols. For the first time, it was launched on Huobi Eco Chain in January 2021 amid the first wave of DeFi euphoria.

MDEX toolkit includes all red-hot opportunities introduced for crypto enthusiasts in the DeFi era. First, the MDEX team implemented a powerful low-latency system of decentralized exchange (DEX) of assets. Now, a plethora of tokens on Binance Smart Chain and Huobi Eco Chain can be exchanged without intermediaries or third parties.

Nothing but a user’s wallet like Metamask, or a similar one, is required to initiate the token swap. Unlike old-fashioned interfaces with candles and orderbooks, MDEX’s swap module is suitable even for crypto newbies with a low level of expertise.

IMO (“Initial MDEX Offering”) Launchpad is the exchange’s native platform for decentralized tokensales. The IMO on MDEX evolved into the method of choice for the fundraising initiatives of the early-stage teams. Both BSC-centric and HECO-centric products are welcome to launch a token offering on MDEX.

For small teams, it is the easiest way to make projects resonate with a truly large audience, as MDEX has onboarded 1,007,884 wallet addresses so far.

?Here is the surprise!

MDEX is governed by a purpose-made decentralized autonomous organization. AS MDX token is the backbone element of the platform’s tokenomics, all MDX holders have a say in referendums on the crucial amendments to the MDEX protocol.

MDEX is of particular importance to HECO’s infrastructure: it is responsible for 27% of the total value locked on the network in multiple assets.

MDEX allows its customers to earn on their idle cryptocurrency savings by locking liquidity into liquidity pools for different trading pairs. As its pool structure is supercharged by a novel market-making engine (AMM), annualized percentage yield on mainstream pairs is far more impressive than that of its competitors.

To earn on idle crypto, MDEX customers can lock their coins into three programs: “LP,” “Single,” and “Innovation.” In the “LP” segment, liquidity pools’ token pairs with U.S. Dollar Tether (USDT), Ethereum (ETH), MDX and Huobi Token (HT) can be staked, while in the single-token mode, the majority of coins can be locked.

The “Innovation” section works like Binance’s “Innovation Zone” as it allows traders to benefit from the volatility of low-liquidity assets.

In the “Boardroom” section, users are invited to lock their MDX tokens in order to obtain assets from MDEX’s partners. In this segment, MDX tokens can be staked with up to 318.84% APY. Daily rewards across all programs in “Boardroom”exceed $2 million as of Q4, 2021.

To prevent MDX from inflation, the MDEX team periodically repurchases tokens and sends them to burning contracts. By press time, the team has destroyed more than $7.8 million in MDX equivalent. All burning records are displayed on a dedicated page, so the entire procedure is fully transparent.

As MDEX is among the first all-in-one DeFi protocols to launch on multiple EVM-compatible blockchains like HECO and BSC, it reaffirms its focus on cross-chain designs. Thus, MDEX introduced an on-chain non-custodial bridge between Huobi Eco Chain and Binance Smart Chain.

The token transition from HECO to BSC can be initiated even with 1 MDX. The capacity of this bridge is limited by 10 billion MDX daily.

The bridge is activated in collaboration with Poly Network, one of the leading cross-platform environments in the crypto segment.