Max Keiser: China's Cryptocurrency Will Be Backed by Gold 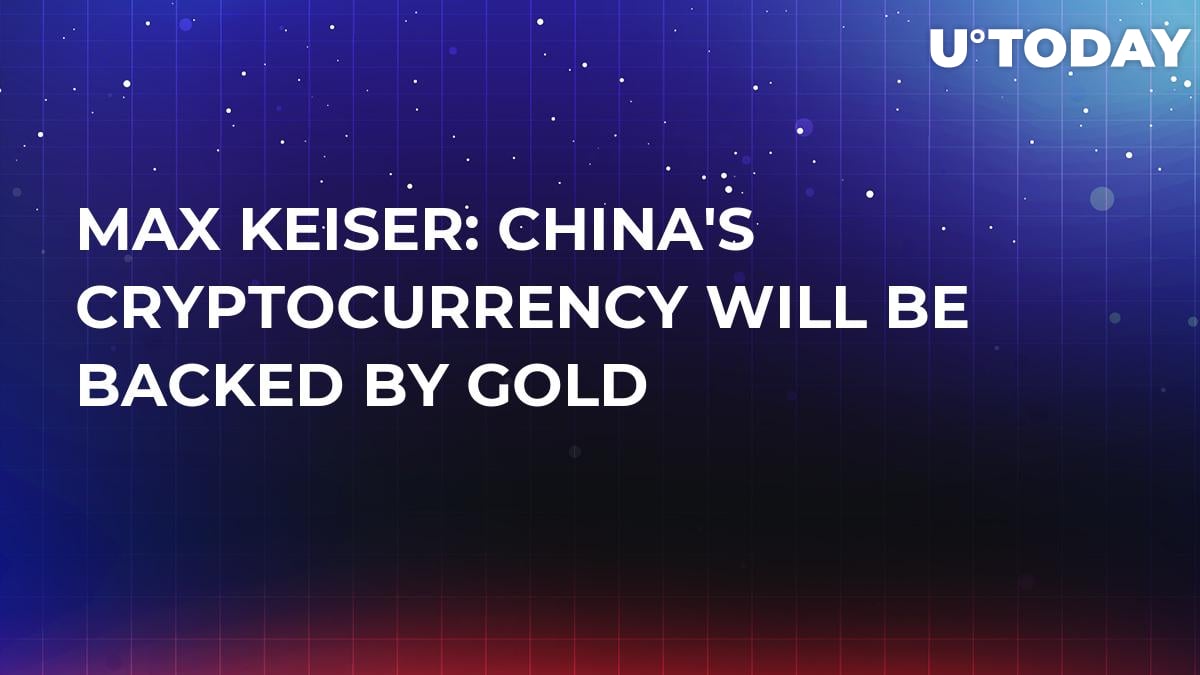 According to financial commentator Max Keiser, the US is in danger of falling through a "trap door" that is set by China, whose gold-buying spree recently surpassed 100 tons.

In such a metaphoric way, Keiser dropped a bombshell that China's much-talked-about cryptocurrency is going to be pegged to gold during his most recent appearance on Kitco.

As reported by U.Today, the People's Bank of China plans is set to become the first central bank to roll out its own digital currency called "DCEP" after working on the project for about six years.

China's renowned interest in crypto comes after President Xi Jinping endorsed the Blockchain technology, which underpins Bitcoin. His words allegedly pushed the BTC price by about 40 percent on Oct. 25.

As of now, very little is known about the so-called "China Coin" that has been adding more grease to the rumor mill for months. However, it is evident that the communist state is vying to become a standard-setting global superpower (for better or worse).

When asked about his recent six-figure prediction, Keiser opined that Bitcoin could go ten million against the dollar.

"I think it's just a matter of timing. So, that forecast is still $100,000+. But let's be honest - in dollar terms, it's infinity. It could go to five million or ten million against the dollar."

He further mentioned that gold is currently making new all-time highs against a bevy of fiat currencies, but this fact somehow remains overlooked.