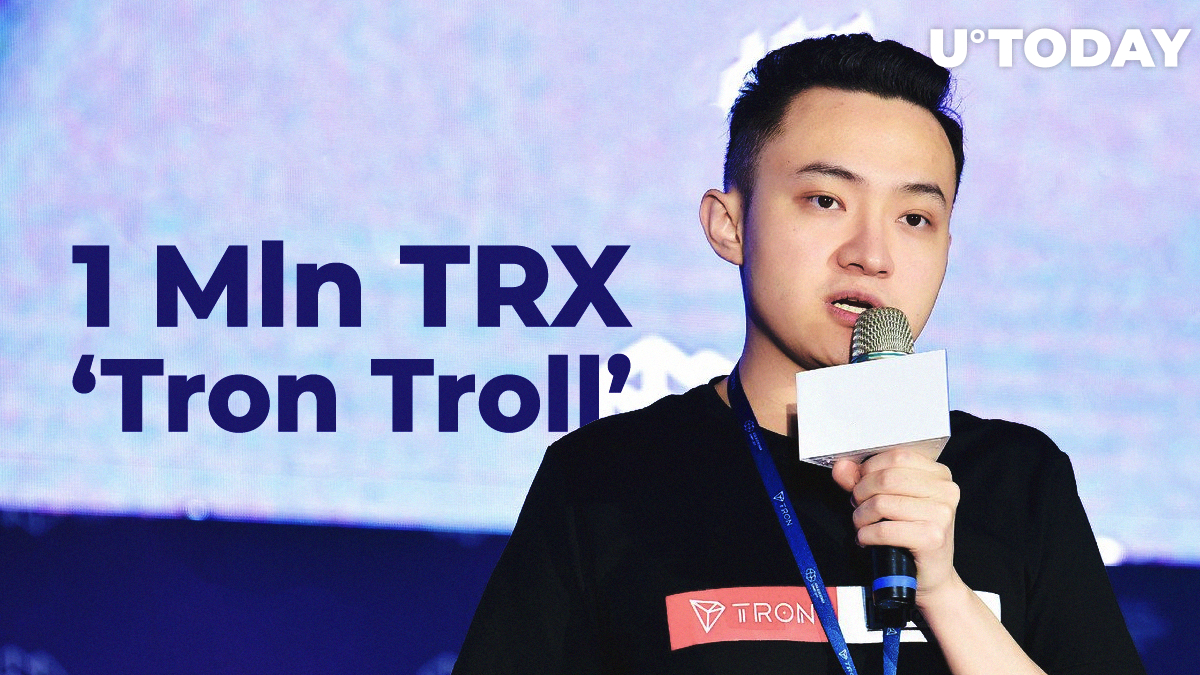 In a recent Twitter post, Udi Wertheimer, a Bitcoiner and a co-host at the Reckless Review podcast, pointed out to Justin Sun that despite shilling Tron and making a good reputation for it on crypto Twitter, he has not received any reward for this.

‘Ethereum pays its unofficial promoters, so should Tron’

As an example, Wertheimer claimed that Ethereum and ConsenSys compensate their ‘trolls’ on a quarterly basis, paying $70,000 each quarter in total.

Justin Sun quickly responded that he would transfer 1 million TRX to Udi Wertheimer if he sent Sun his wallet address in DM.

Yes! It is unjust and unjustin! Let's make it right and show me your #TRON wallet! I will send you 1 million $TRX ? https://t.co/7C9PookVyu

Further on in the comment thread, Wertheimer says that Justin Sun is his friend, that is why he has agreed to a price of just 1 million TRX, although he usually charges more - this is the point where sarcasm found its way in.

However, knowing the SMM tactics of Justin Sun (the Warren Buffet lunch that never happened, etc), this dialogue could be set up as another way to attract attention to Tron.

Yeah I know I usually charge more, but @justinsuntron is a friend so he gets a discount

The tactics of shilling coins are widely spread on crypto Twitter. The biggest crypto asset promoter who has given up his 'job' now is the crypto baron John McAfee. Back in 2018 and earlier, he shilled a great deal of coins and even covered a ‘coin of the day’ on his Twitter page.

One of his favorites back then was Docademic (MTC) and McAfee allegedly had a large stash of it. Over MTC, McAfee even initiated a conflict against the HitBTC crypto exchange.

In the course of his coin promotion, the market saw a so-called 'McAfee effect' – whenever the crypto baron would say that such-and-such crypto was a champion and would start surging soon, the community began to buy it, pushing the price up indeed.

John McAfee stopped promoting ICOs and coins when the SEC stepped in, demanding that he gave it up. Back then, McAfee claimed that he received threats coming from this regulatory body.