Justin Sun Followed by Bots: Analysis Reveals Half of His New Followers Are Bots - Another Fake About Tron?

Yuri Molchan
⚙️?A recent analysis of Justin Sun’s new 50,000 fans on Twitter shows that nearly half of these accounts were made in March through a computer algorithm 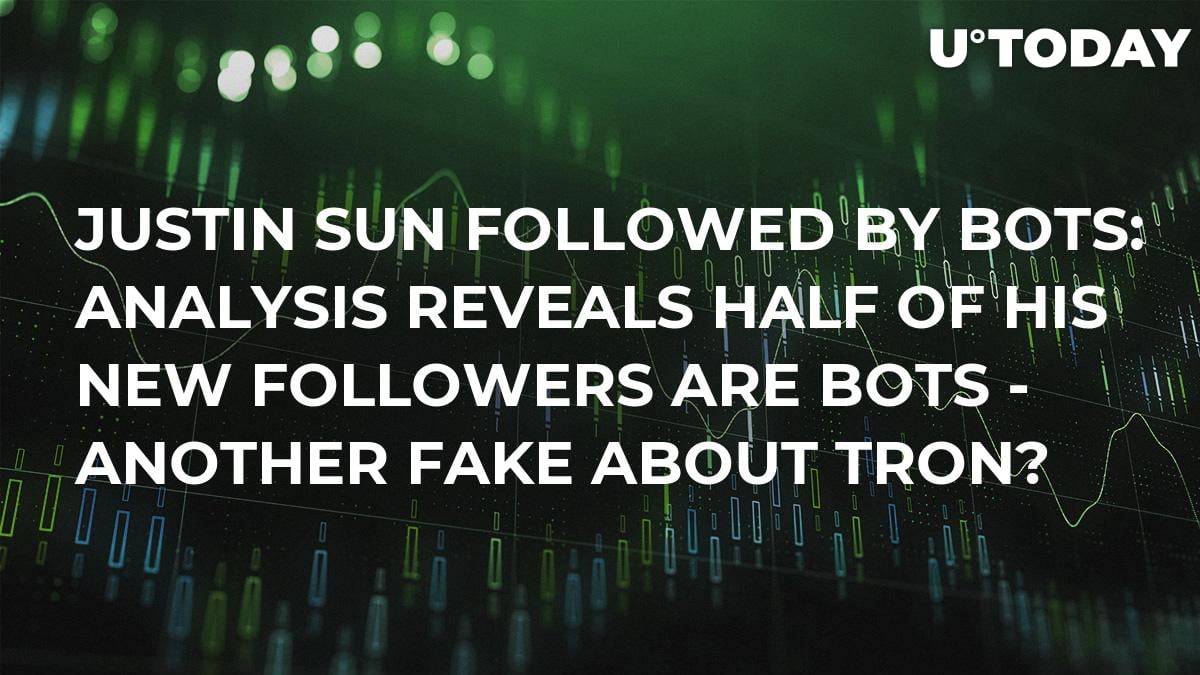 Recently, U.Today reported that the amount of people on Twitter who follow Justin Sun has exceeded 1 mln. 50,000 new followers joined the account of Tron’s CEO in March. This is bigger than the number of followers of Ethereum’s Vitalik Buterin or of any other account in the crypto industry on Twitter.

However, a recent analysis suggests part of these accounts could be made-up ones.

Justin Sun is proud to be the "First one in Crypto world to break through 1 million in Twitter!"

Geoff Golberg, who conducts research regarding manipulations where Twitter bots are used, has analyzed the new 50,000 accounts that began to follow Sun in March.

The other day, he published a Twitter post where he reveals that a great number of the 20,000 accounts which follow Justin Sun, Tron’s CEO, look pretty much this way.

The author suggests these are recently-made accounts. A great amount of them has just a name followed by eight numbers and that these accounts were made up with the help of a software.

Still, even best analyzing software, especially the one for free use on the Internet can provide wrong data. Considering the high level of engagement on Justin Sun’s Twitter page, the majority of his followers are most likely actual people. As for bots, even Sun’s competitors, like Vitalik Buterin, may have some among their followers.

Related
Tron (TRX) Listed by eToro, Still Gets Taken Over by Cardano (ADA)

Previously, U.Today has written about Geoff Golberg in the context of the #XRPArmy. In some of his tweets he expressed the opinion that Ripple is using an army of bots on Twitter in order to boost the XRP community and pump the price of XRP.

Now, Geoff Golberg has switched to Tron without suggesting any particular conclusions about the Tron Foundation but merely analyzing the ‘numerous Twitter followers’ of Justin Sun that recently joined him.