Yuri Molchan
Tesla shares are in decline along with Apple, Boeing and other tech stocks; meanwhile, McAfee has been shilling Elon Musk's upcoming Tesla announcement due on Sept. 22 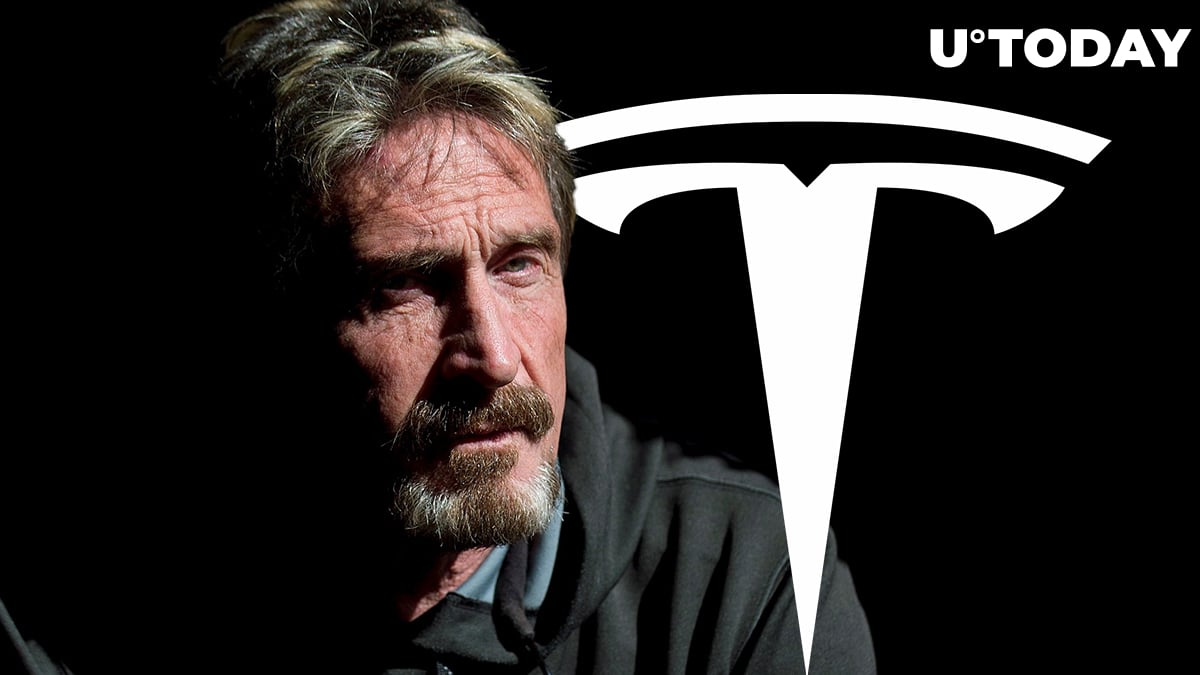 Bloomberg has reported that shares of the renowned e-car producer Tesla have plunged 13 percent after General Motors voiced its purchase of a $2 bln stake in Nikola Corp, the startup that will start producing electric Badger pickup trucks.

Over the weekend, famous crypto promoter John McAfee hinted to the public that he was in the know regarding a sensational announcement Elon Musk is going to make on Battery Day (Sept. 22), but he would prefer that the community hears it all from Elon.

Tesla's shares have been decreasing in price, along with other major tech companies and the Nasdaq Composite index, which is heavily focused on tech firms.

In the first place, the fall of Tesla's shares was caused by the e-car maker failing to enter the S&P 500 Index—contrary to what the market and Tesla were expecting.

Recently, however, Tesla shares skyrocketed past the $2,000 mark, so the decision on the S&P 500 was somewhat surprising for the market.

John McAfee's tweets do not work for the stock market

As reported by U.Today over the weekend, John McAfee, crypto baron and former Bitcoin preacher, published a tweet that praised Elon Musk's approaching announcement that will change the car industry.

The announcement is expected to be about how Tesla will unveil a "core structural design change for how cars are made."

McAfee hinted that he knows what Musk is going to say on Battery Day but was not in a rush to reveal the secret, leaving it to Elon himself.

I don't want to steal all his thunder. He will explain:)

If back in 2018, McAfee's tweets were powerful enough to change the direction of coin prices, it seems that they are powerless to affect the stock market now with giants like Tesla making moves.