Yuri Molchan
The former Bitcoin preacher John McAfee has now switched back to shilling altcoins; however, it is Tesla he is promoting on his Twitter handle this time 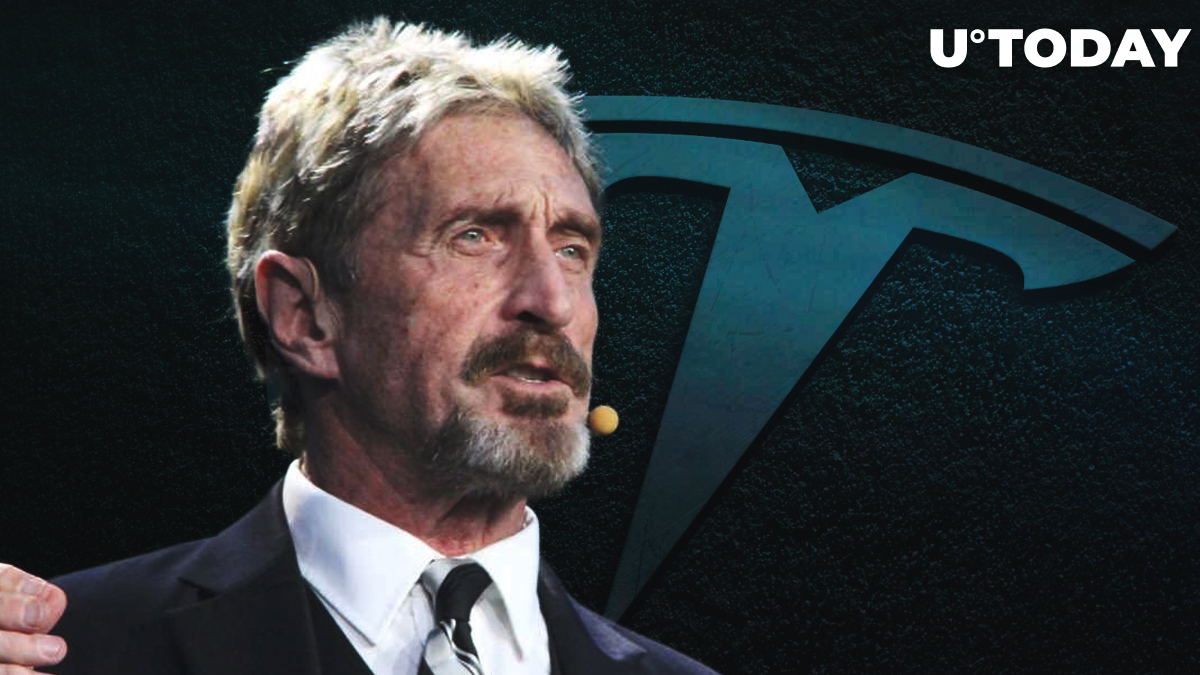 John McAfee has taken to Twitter to praise Tesla’s plans about the revolution in the car industry, promising that Elon Musk will soon unveil them.

However, while the crypto baron McAfee has been singing praises to Tesla and Musk, it has been reported that trials have failed to see Tesla’s full self-driving capability being what it is called.

In a recent tweet, the former antivirus mogul John McAfee commented on Elon Musk’s recent bold statement about Tesla intending to unveil core structural design change for how cars are made.

The Battery Day when Musk promised to unveil this is scheduled on September 22.

However, McAfee in his typical manner tweeted something that looks like a mixture of praise and irony about Musk and the announcement he is going to make

However, the former seems to prevail this time.

A research and thorough tests done by Consumer Reports state that Tesla’s claims about their cars having “a full self-driving capability” are somewhat far from the truth.

The set of advanced technical features offered by Tesla on its automobiles helps their owners when parking, shifting lanes on the road, etc, but it does not allow you to relax and give up the steering wheel.

The authors of the article insist that driving a Tesla car still requires a lot of the driver’s attention and cannot be called fully autonomous, despite the loud marketing name “Full Self-Driving Capability”.

“Despite the name, the Full Self-Driving Capability suite requires significant driver attention to ensure that these developing-technology features don’t introduce new safety risks to the driver, or other vehicles out on the road.”

The team does admit, though, that Tesla has taken significant steps towards reaching the goal of equipping their cars with a fully automated driver option.