Yuri Molchan
Crypto baron John McAfee is spreading the word about a new privacy coin he launched with a curious title – ‘GHOST’, soon to be available on the McAfeedex 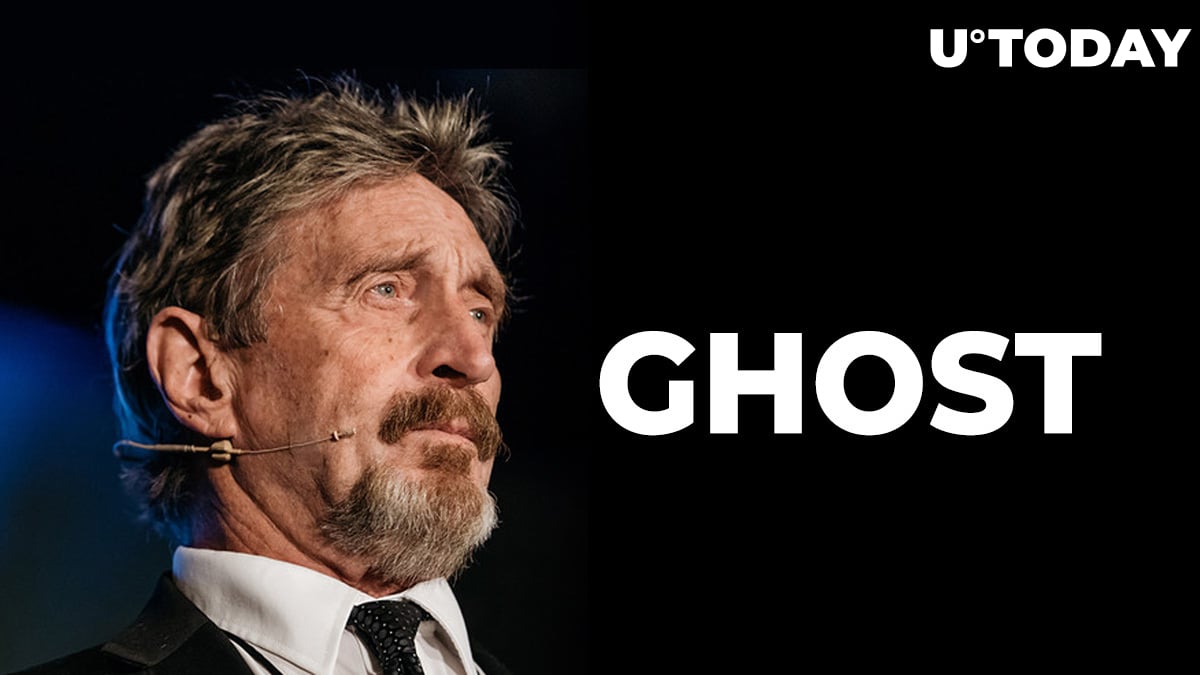 Former US presidential candidate and former Bitcoin permabull John McAfee has recently taken to Twitter to announce the launch of his new privacy coin – ‘GHOST’.

The website of the crypto project promises that the coin will “help make you nothing but a "ghost" when transacting online!”

Is the crypto baron joking again? Remember his Zombie Coin

Last year, John McAfee announced that he was hired as an advisor for writing a white paper for the Chinese crypto project Zombie Coin. On Twitter, McAfee shared that for his work he was paid an enormous amount of USD and a wholesome part of the Zombie Coin future emission.

Later on, however, the project proved to be a joke or rather ‘a social experiment’.

In November 2019, McAfee launched his decentralized crypto exchange, McAfeedex and now ‘GHOST’ is his next brainchild.

The coin is based on the Proof-of-Stake consensus protocol and is an anonymous cryptocurrency – a type of coin the former antivirus mogul McAfee has been into recently. After he made a U-turn on Bitcoin, calling it a stone-age equivalent of crypto, McAfee turned his attention towards privacy coins with Monero (XMR) as his favourite.

In late fall of 2019, McAfee launched another of his crypto projects – the ‘Epstein Did Not Kill Himself’ coin with a ‘WHACKD’ ticker. The coin was distributed free of charge. However, the peculiar feature was that ten percent of every transaction with WHACKD was to be sent to the coin burn address. Also, the receiver of every 1,000th transaction was meant to lose the whole of the transferred amount.

GHOST is the third coin created by John McAfee’s team. The white paper is coming on May 15 as per the website.

‘GHOST’ to launch on McAfeedex

As per the recent tweet published by McAfee, GHOST is to be listed on the McAfeedex with atomic swaps. It will be paired with Bitcoin, Bitcoin Cash, Ethereum and other major coins.

It's a proof of stake privacy coin to make you a "ghost" when transacting online!

Atomic swaps on McAfeeDex will let you trade against BTC/BCH/ETH & more!

With a DEX/privacy coin combo we now have full control of our finances!