Yuri Molchan
Former Ripple CTO Jed McCaleb has converted 140 million XRP into fiat in the past ten days, according to the XRPscan data 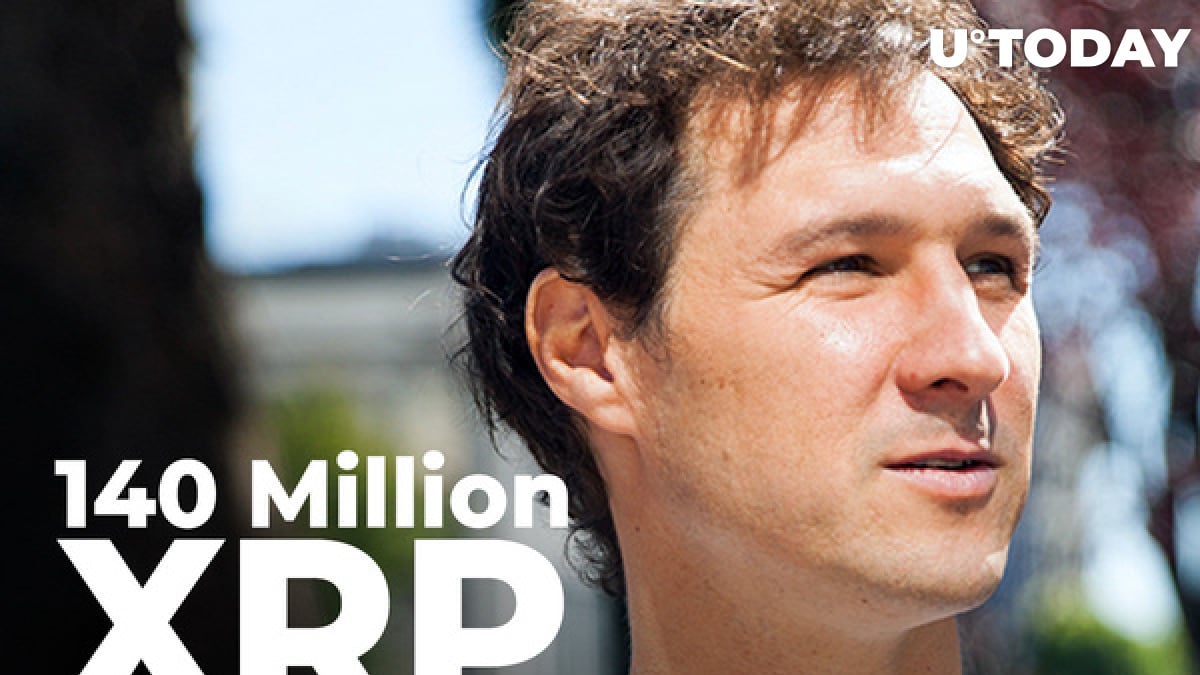 Jed McCaleb, without whom Ripple Labs would not have been founded (he was its first chief technology officer), has sold 140 million XRP tokens over the past 10 days.

That is a whopping $194,941,391 in USD equivalent. Blockchain researcher Leonidas Hadjiloizou believes that, for McCaleb, running out of XRP may take a little longer than expected.

Another 140 million XRP gone to be sold

Data from XRPscan shows that Jed McCaleb has shifted a whopping 140 million XRP from his "tacostand" wallet to be sold, starting from April 8.

Those were mainly lumps of 8,399,180 (seven transactions), four transfers of 12 million XRP and two carrying 22.6 million tokens each.

"Tacostand" was activated back in 2013, the year in which McCaleb left Ripple to create its rival, Stellar, after facing certain discrepancies with the other founder of the company: Chris Larsen.

Jed received compensation of nine billion XRP coins for helping to create the company and his role as the first CTO.

As part of the settlement agreement, he was allowed to sell his coins only in small parts. That was done to prevent him from dumping all of his nine billion coins on the market and taking the price down to zero.

Since then, McCaleb has been selling his XRP in lumps.

Researcher Leonidas Hadjiloizou has tweeted that, according to data shared by the Bithomp analytics website, McCaleb's sales are happening in smaller amounts than he had expected: 22.6 million XRP on a daily basis rather than 40+ million.

Still, with approximately 158.2 million to be sold per week, as Hadjiloizou expects, McCaleb's XRP riches may dry up by August or September of this year.