Rimma Trukhina
U.Today spoke with David Sonstebo about their plans to develop a global community of contributors and adopters collaborating on production-ready commercial applications 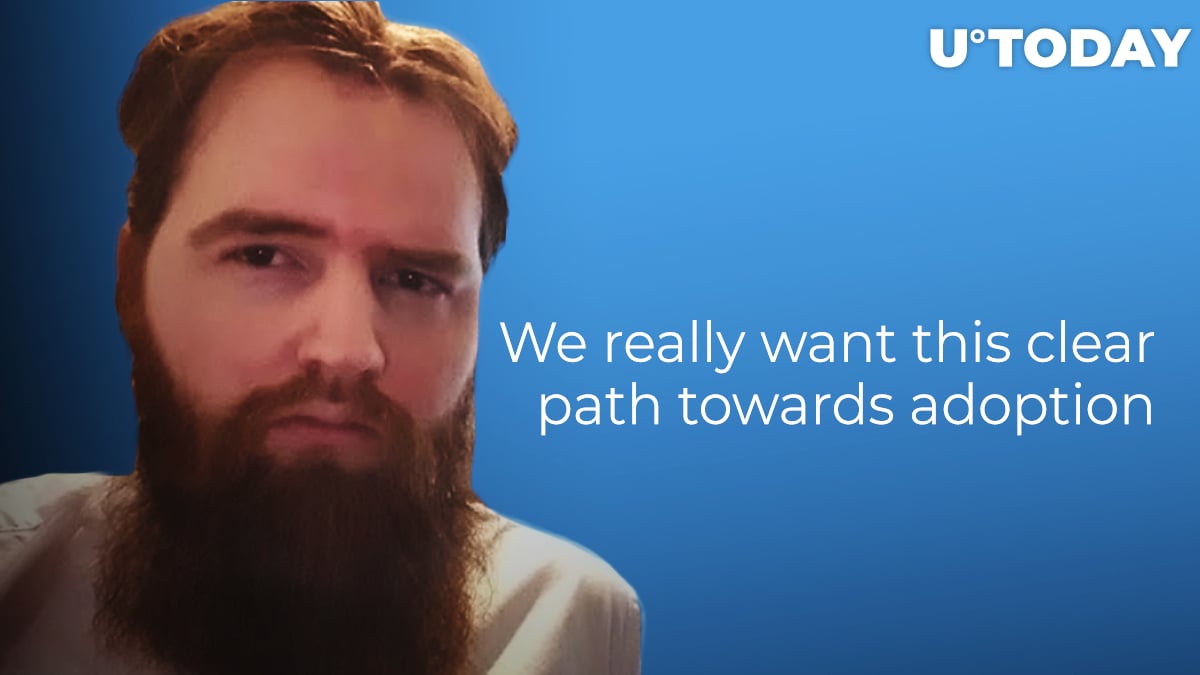 The IOTA Foundation and the Eclipse Foundation have announced the launch of the Tangle EE Working Group. This new Working Group consists of leading companies and academics such as Dell Technologies, STMicroelectronics, Software AG, and 12 others. I spoke with David Sonstebo and found out what it was created for.

David Sonstebo: The Tangle EE working group is essentially part of the IOTA foundation's strategy to create enterprise ready software, which is production ready, rather than just continuing to create proof of concepts and experiments. We really want this clear path towards adoption. In order to achieve that, you really need to have different companies, academics, etc. converge on an implementation standard, and then, take that software into the real world and create a blueprint that other companies can almost replicate very cheaply and efficiently.

Once that happens, our goal is to take that and to standardize those approaches so that other companies in the same sector can adopt it seamlessly, without having to start from scratch every time they are going to implement something with IOTA.

U.Today: And what other members would you like to attract to these projects? Do you have any ideas, for example, what areas they should be from?

David Sonstebo: Right now, of course, we're very happy with the partners that we have, but we already have quite a few more lined up in the future for our second cohort. Our first initiatives are decentralized marketplaces as well as decentralized identity protocol. So, of course, any company that does anything within that field is attractive for us to bring into the tangle EE working group.

So, identity is all about human beings. Of course, human beings need identity. It is very important for the vision of this web 3.0 paradigm shift. But, it's also about devices having identity because right now the internet of things isn't really that smart or connected, even though smart connectivity, etc. is always talked about.

One of the reasons it's so hard to achieve interoperability is because we don't have a unified identifier as well as credential verification mechanism for devices. So if, for instance, a device has spread malware, it would have a very bad reputation. You would not accept data packets from such a device. That, of course, requires that there's an established identity protocol, and this is one of the goals.

So, every company that develops connected products is very much invited into it as well as for those on the humanitarian side, for people who are undocumented, don't have identity. For the 2 billion people who don't have an identity, who can't prove who they are or prove their credentials. So, for instance, when they leave their houses during the migration crises, even if they come back after the conflict is over, they can't even prove that they own their houses because they don't have an identity. So this is also a very important humanitarian thing to solve. Also, it’s important that it's security oriented, which is why distributed ledger technology is a very good component to have.

U.Today: Interesting. So, do you have any timeline for when you will achieve your first results?

David Sonstebo: For instance, the decentralized marketplace is an example of an already working product, which is in the early stages, but with the launch of the Tangle EE working group and now with the commitment of all the members to flesh this out further, we do believe that we will start to see the second iteration of the decentralized marketplace within the next two quarters. For identity, there needs to be a lot more consult consolidation as well as academic research to make sure that we make it as secure as possible. So, I'm not willing to commit to a timeline there yet.

The beautiful thing about this, that I'm most excited about, is the fact that this is not just the IOTA foundation. This is all the different participants who have an equal say in developing this.